Religions and languages in Germany 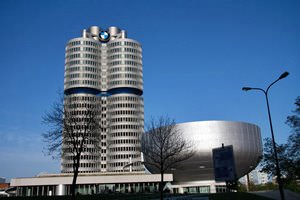 Since the time of Boniface, Germany was officially considered a country of Christianity and almost all the locals professed this particular religion. Later, from the 17th to the 20th centuries, two religions dominated in the country. Those were Catholicism and Protestantism. This was influenced by two factors - the thirty-year war and Protestant movements of Luther. At the beginning of the 20th century, the law declaring the separation of religion from state was approved in Germany at the Constitutional level. Since then, the religion has no longer exerted pressure on the domestic or foreign policy of the country. Citizens of Germany have the full right to choose independently the religion they want to profess, or to abandon it completely .
National cuisine of Germany - specialties, recipes and restaurants
Traditional German cuisine has ancient roots, so it’s very diverse. Each region has its own peculiarities and traditions. In the south-west of the …
Read further
In modern Germany, about 37% of the total population are Catholics. Protestants make out 35%; they include Evangelists and Baptists. About 20% of the population consider themselves believers, while they can not attribute themselves to any particular existing confession. About 10% in the country are atheists. Due to the increase in the number of migrants from Africa, other countries of Europe and the Middle East, a small percentage of the population professes Islam, Judaism and other foreign religions. Confessions in Germany have visible territorial distinctions. Thus, in the north and east of the country the evangelical religion prevails, and thanks to the influence of modern Europe, the number of atheists grows every year.
In the western part of the country, the population, for the most part, professes Christianity. All immigrants tend to stay in large cities in Germany, as there are more high-paid jobs and it is much easier to find a home. That is why Islam and Judaism in the province are difficult to find. In general, the religious influence on the society is at an extremely low level, although things were different a little over a century ago. The religion of the inhabitants of Germany absolutely doesn’t affect their welfare and self-realization. In the largest cities, many churches and temples are built. Regular worship services are held there. Even the atheists celebrate such religious holidays as Christmas and Easter. They have long became national holidays. All municipalities provide employees with days off on these dates. Copyright www.orangesmile.com
National traditions and mentality of people in Germany
German mentality is associated with pragmatism, discipline, and pedantry. Lawmaking, diligence and a logical approach to everything allow the country …
Read further
Provinces of Germany are a bit more serious about the religion, and there is still a church tax there. Kids in German schools, regardless of their personal preferences, learn the basics of the Christian religion and Protestantism. In general, the attitude of the Germans towards religion is quite tolerant. In addition to the main religions, there are many different sects whose work is not pursued at the state level. A clear division of law, labor and religion allows diverse confessions to exist in close proximity and not to provoke conflicts. 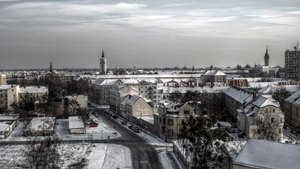 The official literary language in Germany is German. Almost the entire population of the country or about 97% speaks it. German is one of the most widely spoken languages ​​in the world. It is a state language for many countries. Almost all members of the European Union and other international European organizations speak it. There are also a wide variety of dialects in some provinces of Germany and small towns, numbering more than 60. The same applies to residents of border areas. National minorities speak Danish, Lusatian, Gypsy, Friesian, and Lower Saxon. Approximately half the population of the country speaks English fluently. 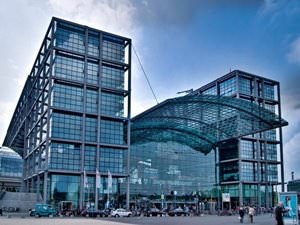 The largest and the most modern railway station in Europe is the Berlin Hauptbahnhof. This station is two-tiered and has 14 railway lines. The building of the central Berlin station was built under the project of the famous architect – Meinhard von Gerkan in 2006. The first station has appeared at this place even at the beginning of the 20th century. Unfortunately, then came to the war and the building was absolutely destroyed. Today the station attracts its head-to-toe view. Its exterior walls are faced with glass panels. The building looks wonderful when the sun sets. Sunbeams reflect in its glassed panels.

From this railway station trains go to many European cities, such as Prague, Warsaw, Paris, München, Zurich and Amsterdam. Every year more than 1 600 commuter trains and trains … Read all
All unique sightseeing Germany

Photogallery of iconic places of Germany

Berlin
Beer lovers simply can’t fail to be attracted by the festival called Beer Mile, which is held on the first Saturday of August. All main celebrations take place in Friedrichshain district that prepares for the celebration - beer tents are set along a beautiful avenue. In these tents visitors can try best drinks from breweries from around the world. The first festival was held in 1996. Since this time the festival has become one of the favorite holidays for tourists and locals. Carnival of … Read more

Munich
The industry actively uses solar panels and wind turbines, many of which have become real landmarks that attract curious tourists. The locals are very hospitable. They smile a lot and this fact can even surprise some travelers. Locals are always willing to help and do not mind to talk with guests on such subjects as cooking, sports or politics. Each fall the city attracts thousands of fans of beer. Oktoberfest is a special holiday in Munich, which is celebrated with a special scale. Colorful … Read more

Hamburg
Fantastic cowboy performances are the main entertainment during the summer festival. A small special town is constructed in one of the city’s streets especially for this purpose. The town looks exactly like towns seen in the films about the Wild West. The winter festival is the best time to participate in various carnival processions. Anyone can buy an original medieval costume and join various demonstrations and solemn processions. Such festive activities appeared for the first time yet in … Read more

Cologne
There are many interesting and symbolic events in Cologne. Perhaps, a five-day long carnival celebration is the most famous among tourists. The carnival is conducted each year and starts on November 11. The holiday begins exactly on 11 hours and 11 minutes. Starting from that time locals and visitors are welcome to attend cultural events and interesting presentations. Here you can try various dishes in street cafes and take part in numerous competitions. Perhaps, a large costume parade is the … Read more

Frankfurt am Main
Every year in mid-August the Frankfurt cider festival is held. This cheerful and bustling holiday is dedicated to the favorite drink of local residents. Locals claim that one of the main secrets of incomparable taste of the local cider is a special way of cooking, which is kept secret. The local drink is served solely in ceramic jugs. During the festival, travelers are invited to try the most diverse varieties of cider, as well as original cocktails and refreshing drinks cooked of it. … Read more

Dusseldorf
A no less colorful carnival takes place in February. Every day of this festival has a special theme and offers a list of interesting activities. The first Monday of February is called Pink Monday. The most anticipated and vivid performance takes place on this day. It is a carnival train that passes through the main streets of the city. The passengers of the train – carnival’s members - shower passersby with candies and other sweets. The train is a continuous string of beautifully decorated … Read more

Stuttgart
Over the years, the festival's program expanded. In the early 20th century, the celebration was held for 3 days; in 1920, it has taken 5 days. Since 1860, beer has been the main symbol of the holiday; during the festival, it just flows like water. Since 1972, the festival has been celebrated not less than 14 days; in addition to tasting beer, it provides a lot of interesting entertainment options. Seven huge tents are set in the city, but holidaymakers also have an opportunity to go to one of … Read more

Germany: traditions in the regions