Sightseeing in Dachau - what to see. Complete travel guide 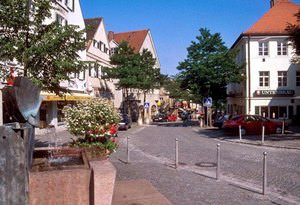 Dachau is a town on the south of Bavaria, Germany. The distance between it and Munich estimates 17 kilometers and the population of the city is approximately 41 thousand of people. The city was founded in XVIII century; the location of the town was not the easiest one as it occupied the territory full of swamps. However, Dachau was located in the middle of the street connecting Augsburg and Munich and so here took place multiple fair trades. From time to time this town was chosen as a place of rest of Bavarian princes, kings and other noble people. The windows of the local palaces featured amazing views and when the weather was good guests could enjoy stunning panoramic views of Munich and the Apls.
Authentic traditions, festivals and lifestyle of Dachau inhabitants
Dachau is often associated with the tragic events that occurred during the Second World War - the fact is that one of the so-called concentration camps was located in the city. The walls of …

Open
Dachau got the status of the town on November 15, 1933. On the same year the first and largest concentration camp in Germany was organized here in the building of former gunpowder factory. Because of swamps surrounding Dachau at some period of the town’s history it was very popular among painters who lived in it or visited the town from time to time.
Starting from XVI century in the town survived a part of the medieval castle and many other sights as the local town hall, Garden Palace, ancient churches of St. Jacob and St. Nicolas. Currently Dachau is very popular among tourists. People arrive to see the town with long history and rich cultural life. Here you can also visit the former concentration camp that has been turned into a museum, walk on picturesque parks of the town, enjoy looks of the ruins of the local castle and visit old center of Dachau. Copyright www.orangesmile.com
Excursion over cultural sights of Dachau - 'must visit' points of interest
Dachau is a beautiful historic town, the first mention of which dates back to the 8th century. The city is widely known for the tragic events that occurred here in 1933. Opponents of the …

Open
In the immediate vicinity of Dachau, there is an incredibly interesting Village of Artists - an amazing open-air museum. Once, the best artists from all over Germany presented their works here. Today, on the territory of the cultural complex, literally every week there are interesting events. Modern artists, photographers and designers present their masterpieces here, and events dedicated to various areas of national culture are held in the museum. 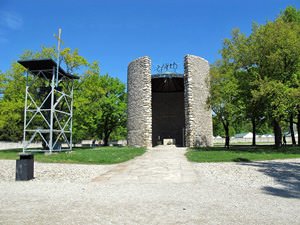 Excursions to the nearby town of Altomunster, which has preserved a very interesting old monastery, are very popular among tourists. There is also another attractive feature of the town - ancient breweries, which now also organize fascinating excursions. Here fans of a foamy drink can taste rare sorts of beer, which have been prepared from unchanged recipes for several hundred years.
Your active city break in Dachau. Attractions, recreation and entertainment - best places to spend your day and night here
Dachau is a great destination for those who prefer quiet and peaceful towns with a rich history keeping their own unique secrets. On its territory, there are several lakes, the extraordinary …

Open
The beautiful Church of Versohnungskirche, also known as the Church of Reconciliation, has been preserved in the city. It was built in 1967, on the territory of a concentration camp. This church is considered one of the darkest in the world, which fully corresponds to its location. The religious monument is built exactly in the same style in which the concentration camp buildings were once built. The interior decoration of the church, executed in dark tones, also seems very oppressive. For more than 50 years, the unusual church has been functioning. Every week, there are Sunday services, and on weekdays it often hosts interesting cultural events. 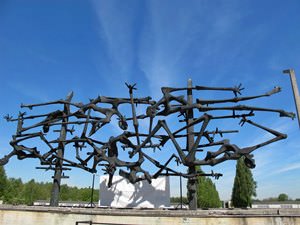 In Dachau, there is an incredibly interesting museum of local lore, in which more than 2,000 historical exhibits are collected. The opening of the museum took place in 1905. For several decades, its exposition so increased that it required a new building for its storage. The museum has been located in the present building since 1987. Its visitors can see a collection of ancient amulets, handicrafts, and miniature models of historic streets and landmarks of the city.
Advices to travellers: what you should know while being in Dachau
1. The main pride of Dachau is Bavarian beer, which all travelers strive to try. When choosing a bar, vacationers should be especially careful. Avoid recently opened restaurants and street …

Open
In just a few minutes, guests of Dachau can reach the nearby Altes Schloss. It was built in the 17th century according to Wilhelm V's order. Today, in the walls of the historic building there are several museums, including the original Museum of Nurseries. Some of the halls of the historic castle are used as exhibition galleries.

This guide to iconic landmarks and sights of Dachau is protected by the copyright law. You can re-publish this content with mandatory attribution: direct and active hyperlink to www.orangesmile.com.
Dachau - guide chapters 1 2 3 4 5 6 7

National and city parks around Dachau
♥   Nature Park 'Karwendel' , 96.7 km from the center. On the map

♥   Nature Park 'Hochgebirgsnaturpark Zillertaler Alpen' , 142.7 km from the center. On the map

Sights around Dachau from our guide 'Extreme places on Earth' 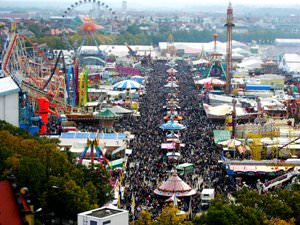 Distance from Dachau center - 18.1 km.
The founder of the festival is the Bavarian Prince Ludwig I. In 1810 in honour of the marriage to Princess Therese he arranged a luxurious holiday where all residents were offered a free beer. It was in honour of Ludwig I wife that a beautiful meadow where celebrations were held had got its name. By the will of the heir it was decided to spend the holiday every year. The modern Oktoberfest it is a lot of ​​beers and popular Bavarian treats, colourful rides and everyday entertainment, solemn processions through the city and exciting gastronomic events. … Read further 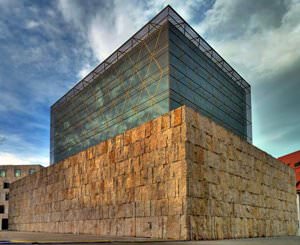 Distance from Dachau center - 17.9 km.
The interior design of the synagogue is very restrained and elegant. There is modern light wood furniture inside. Natural light enters through the glass roof during the daytime. The very first synagogue was built on the site of the modern one in the 19th century. It was destroyed in 1938. It was not fully completed until 2005, despite earlier attempts to restore the religious monument. … Read further

Search touristic sites on the map of Dachau

Sightseeing in regions nearby Dachau

Munich
Frauenkirche. The main church in Munich, Frauenkirche, is located in Frauenplatz near Marienplatz in the center of the city. Two 99-meter towers of the church have largely determined the look of today's Munich. The church was built between 1468 and 1488 in the Baroque style and is considered one of the best examples of the Bavarian architecture. By the way, not everyone is ... Open »
Augsburg
Augsburg is a city of museums, so you should definitely visit here the Museum of Augsburg Puppet Show, the House-Museum of the Mozart family, the Museum of Maximilian II, The Museum of the Romans and the Schwabischen Architectural Museum. You can also have an unforgettable experience if you take a ride to Augsburg – Western Forests Nature Park. You can enjoy picturesque ... Open »
Ingolstadt
There are several museums opened in Ingolstadt. You can get acquainted with the history of the region in City Museum that is opened in the tower named Heap. 30 halls of the museum exhibit collections referred to the Stone Age, Ancient Roman period, some halls are devoted to crafts and culture of Jesuits. Priceless armor collections are represented in Bavarian museum of ... Open »
Bavaria
Close to Regensburg, right on the bank of Danube, there is the famous Hall of Fame. This magnificent structure comparable in size to the Athenian Acropolis stores busts and memorials of prominent figures of science and culture, military leaders, musicians and writers. Speaking about architectural landmarks it’s worth to mention the Nymphenburg Palace located in Munich. Its ... Open »
Landshut
The center of Landshut features numerous houses built during the medieval times. The Old Town’s main street is simply full of numerous houses built in the gothic style with its characteristic spiked roofs. Here are also located Town Halls built in XIV-XV centuries. In front of the town hall is located Stadtresidenz – the duke’s palace of XVI century. This is the first ... Open »
Garmisch-Partenkirchen
In the city you can visit a musical theater or attend a festival of Strauss. The city’s main park often becomes the place for performances of the Grainau orchestra with musicians wearing traditional Bavarian costumes. However, the main sight of the city is, without a doubt, mountains. Travellers also often visit Zugspitzbahn railway that leads to Zugspitze Mountain, ... Open »

All about Dachau, Germany - sightseeings, attractions, touristic spots, architecture, history, culture and cuisine. Prepare your trip together with OrangeSmile.com - find out the 'must see' things in Dachau, which places to visit, which excursions to take, where the breathtaking views are waiting for you. Planning your trip with this travel guide will help your to get the most out of Dachau in few days.