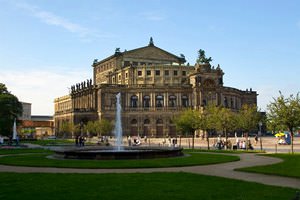 Traditional German cuisine has ancient roots, so it’s very diverse. Each region has its own peculiarities and traditions. In the south-west of the country, French cuisine has a strong influence. White wine, which is mainly Riesling, is added to many dishes. Bavaria is famous for sausages served with sweet mustard and stewed cabbage. The Rhine region is known for marinated beef and potato pancakes. Hamburg boasts its traditions of cooking seafood. Cologne is known primarily for its almond cookies. Despite the differences, the cuisine of all regions has common features. On the territory of the whole country, meat is cooked. That's mainly pork. There are about 1500 kinds of sausages in Germany. Germans also like vegetable garnishes and brew excellent beer.
What you need to know about Germany prior to visit - advices
1. Despite the high security level in the country, tourists may suffer from pickpockets. Credit cards, money, and documents are best stored in …
Read further
Sausages are one of the main treats of German cuisine. There is no such diversity in any country in the world. One of the largest groups is bratwurst. This term refers to the pork sausages intended for grilling. Each region has its own characteristics and recipes, but traditionally, sausages are served with a side dish of sauerkraut or potatoes. Most often, they can be bought at street trays. In this case, they are served with a bun and mustard, ketchup or horseradish. Frankfurt am Main brought to the German cuisine sausages of ground beef seasoned with white pepper and paprika. Another famous treat is the Munich white sausage made of veal and lard. It is worth to try the Nuremberg small sausages of minced pork with the addition of marjoram and garlic.
However, German cuisine is known not only for sausages. Along with them, the truly national dish is sauerkraut. It is served as a side dish or added to other treats. Carrots, peas and beans, spinach, lettuce, tomatoes, and cucumbers are popular vegetables in Germany. In Rhine, locals cook quite unique dishes of horse meat and potato pancakes. Seafood is actively used in the North West. The pomps or pickled herring, steckerlfisch grilled fish, and shrimp dishes are very popular. You can find them at Oktoberfest markets and street trays. In the cold season, Germans are warmed by soups, which are usually served in clay pots. Copyright www.orangesmile.com
What to see and what to visit in Germany with children
The Germans are very fond of children and strive to do everything so that they have a nice, colorful and amazing childhood. That is why a huge number …
Read further
Beer brewing in Germany began in the 8th century. Today, there are about 1 400 breweries in the country, which is more than in any other European country. Each large city has its own beer. Berlin has its white Berlin beer of about 3% ABV, which is often added to cocktails or mixed with fruit syrups. In Düsseldorf, Altbier is brewed. That’s the beer with a copper shade and saturated hop flavor. In Cologne, beer number 1 is Kelsh, which is much softer. One of the most original flavors is Rauchbier beer from Bavaria. It is brewed on open fire following an old recipe. The product is soaked with the smell of smoke and due to this it gets the unusual smoked taste. 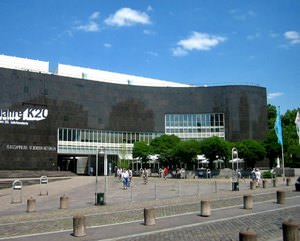 A special attention is paid to desserts in Germany. Almond biscuits and gingerbread boast great popularity. They are sold all year round; they are in special demand at Christmas. One of the classic desserts is the Black Forest cherry cake. That’s a multi-layered treat with chocolate and cherry. Bakery and bread itself are an important part of the table. There are more than 500 kinds of bread in the country. The second breakfast in Germany is literally called the breadtime. Bread and biscuits make up an important part of breakfast. For lunch, it is usually served along with snacks like sausage, cheese, and eggs. Pretzels are a full-fledged snack for beer.

♥   Restaurant 'A table' Ludwigshafen am Rhein. Type - Classic cuisine|International. On the map

Cuisine and restaurants in popular cities of Germany

Berlin
You shouldn’t think that such menu will be liked by men only. Women also show their affection, and have their own preferences, for example, white beer. The main difference from the ordinary beer is in fruit flavored syrup that is added by bartenders. Tourists, who enjoy more complex and delicious dishes, should try deep fried chicken and Eintopf soup. The last meal consists of numerous components and it more looks like a stew rather than a soup, which is a usual dish for Europeans. Gourmet … Read more

Munich
Sushi Zen restaurant is the best institution in the city dedicated to Japanese food. Traditional sushi and sashimi, largest choice of drinks and the restaurant’s atmosphere of joy will help to get wonderful rest here. This restaurant is also perfect for rest of a large company. Of course, there are many restaurants in the city that are dedicated to national cuisine. Don’t forget to try excellent Bavarian snacks that are served in Andechser am Dom restaurant. Sausages, cold cuts, meatballs … Read more

Hamburg
Alte Mühle restaurant is a no less attractive establishment, which offers its guests to try popular dishes from German cuisine. In addition to a wide choice of meat dishes, visitors will be pleasantly surprised by the selection of fish delicacies. Among the specialties of the restaurant you will find carp with spicy sauce and boiled potatoes, pork leg roasted with vegetables, a variety of meat rolls and cold cuts. During warm months of year the restaurant’s tables are served in a beautiful … Read more

Cologne
Fans of Turkish cuisine will enjoy the menu of Merhaba restaurant. In addition to original Turkish food and drinks, the restaurant features a rich selection of French wines. On evenings guests can enjoy entertaining performances and concerts. The restaurant devoted to Persian cuisine, Ali Baba, has won recognition among both locals and tourists. Among the specialties of the restaurant are rice with spices, steamed vegetables, meat dishes, and delicious oriental desserts. El Inca is among those … Read more

Frankfurt am Main
The real national symbol of Frankfurt is apple cider; apple flavored wine is very popular among locals. It is served in all local dining places; it is noteworthy that in every restaurant and pub cider is cooked following a unique recipe. In addition to some national food, restaurants offer visitors a popular Grüne Sauce. There are several options for the sauce; the most famous is made from vegetable oil, boiled eggs, salt, and an incredible amount of fresh herbs and spices. There is also a … Read more

Dusseldorf
Edo is the best restaurant in the city dedicated to Japanese cuisine. The restaurant is located next to a beautiful Japanese garden. The territory of the restaurant is divided into several thematic areas. Here guests will find an elegant sushi bar, tepan-yaki bar and a traditional tatami room where guests can sit on rice mats at miniature low tables. This elegant atmosphere makes tasting Japanese delicacies even more enjoyable. The opening a Thai restaurant called Baan Thai took place more … Read more

Dresden
National cuisine of Dresden is not distinguished by a huge number of delicacies and gourmet dishes. The majority of restaurants of the city serve usual veal chops, vegetable salads, stews and soups. For dessert guests usually prefer cakes and fruit salads. In addition to the restaurants that serve national cuisine, you will find here high quality dining facilities dedicated to French, Spanish, Italian and even Turkish cuisine. Each of these restaurants is ready to surprise its visitors by … Read more

Stuttgart
Continue tasting local delicacies in the cozy restaurant Arche, which in addition to an abundance of delicious dishes, offers a decent selection of local beers and alcohol. Visitors would be pleased with excellent service; waiters of Arche are fluent in many different languages. The best ice cream in the city is served in the Mario Eis cafe located near the railway station. The cost of the refreshing dessert may seem quite high; a ball of ice cream costs about one pound. Anyway, this dining … Read more