Sightseeing in Wolfsburg - what to see. Complete travel guide 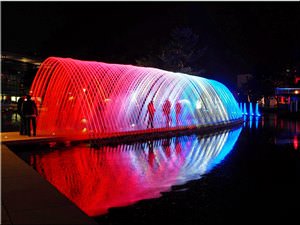 Wolfsburg is a city located in Germany, in Lower Saxony (Niedersachsen), on Mittellandkanal that is south to the old riverbed of the Aller River.

The population of the city estimated 121 thousand of people in 2010. This makes Wolfsburg one of the largest cities in Germany.
Extraordinary weekend in Wolfsburg - unusual places, services and attractions for travel gourmet
…

Open
Wolfsburg is referred to those cities that have been founded in the beginning of the 20th century. The city’s birthday is considered July 1, 1983. Until the end of the World War II this city was known under another name - Stadt des KdF Wagens bei Fallersleben and was used as a living zone for people working on Volkswagen automobile concern. At that time the main aim of the concern was to make as many famous “Beetle” cars as possible. These cars started a real revolution in car manufacturing, making vehicles affordable to not only rich people, but also to middle class workers.
The city is also known as the base of the local football club Wolfsburg and a hockey club “Grizzly Adams Wolfsburg”.

Wolfsburg is also famous by its Auto City – a museum-like exhibition that was built in 2000. Here you can also visit “House of Time” museum that shows an exposition from 80 cars of the famous concern. Moreover, you can see the products as well as newest developments of VW and other manufacturers that are included into the concern. These are vehicles manufactured under the brands Skoda, Audi, Lamborghini, and Bentley. All cars are exhibited in two huge “auto cylinders” made of glass. The cylinders are 42 meters high. Visitors of Auto City can also see amazing attractions and “stunt man” tricks made on Volkswagen automobiles. Finally, you can make a walk on an amazing park with fountains, channels and man-made hills. By the way, if you get a desire to get a new vehicle, you can also do it here. Copyright www.orangesmile.com
Wolfsburg design-hotels for stylish travellers
The prestigious Wolfsburg Hotel Innside by Melia Wolfsburg attracts guests with not only an impeccable quality of service, but also with its original designer setting. Its rooms are …

Open
The city is not deprived of historical sites. You can see the beautiful castle of medieval architecture - the Wolfsburg Castle here. This luxury castle of the 15th century is an architectural masterpiece in the Renaissance style. For many years, it has been a permanent venue for interesting cultural events. In the castle there is an art gallery, which often hosts exhibitions of contemporary painters. In addition, part of the castle is the Institute of Photography, and often it hosts various festivals. The castle of Wolfsburg and its surrounding garden can be safely called one of the most romantic places in the city. Newlyweds often arrange a wedding photo session here. 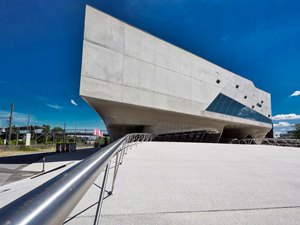 History lovers will also like the Neuhaus Castle. This impregnable castle was built in 1372 and is located on the slope of a rocky cliff. Excursion to this castle necessarily includes a walk through the picturesque surroundings, during which you can see interesting natural attractions. The majestic medieval castle has a very interesting history. For hundreds of years, it belonged to notable dukes. After the end of the Second World War, an orphanage was opened in the castle, which lasted until 1980. Now in the historic building, there are offices of various state institutions.
Top places to stay in Wolfsburg - most luxurious hotels
The most prestigious and famous hotel outside of the city of Wolfsburg is The Ritz-Carlton. This designer hotel offers customers 170 luxury rooms to choose from, with the minimum area being …

Open
Wolfsburg is famous not only for its historical monuments, but also for first class entertainment facilities, among which is the BadeLand water park. It is a huge entertainment complex, on the territory of which besides the water park itself, are a lot of attractions. There is a luxurious spa, in which there are more than ten kinds of saunas. In the water park, there is a huge selection of attractions for adults and children of different ages. The most extreme attraction is a hill, whose height is more than 100 meters. 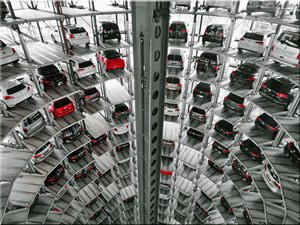 The main religious symbol of Wolfsburg is the Church of St. Anne which was built as far back as the 13th century. For hundreds of years, this church was repeatedly reconstructed. Nevertheless, it managed to preserve a number of primordial elements and features. In the immediate vicinity of the church is an old cemetery, which today is also of great interest from an architectural point of view.

This guide to iconic landmarks and sights of Wolfsburg is protected by the copyright law. You can re-publish this content with mandatory attribution: direct and active hyperlink to www.orangesmile.com.
Wolfsburg - guide chapters 1 2 3 4 5 6 7 8 9 10 11

Survived castles around Wolfsburg
♥   Castle 'Fallersleben Castle' , 4.9 km from the center. On the map

National and city parks around Wolfsburg
♥   National Park 'Harz' , 73.8 km from the center. On the map

Art galleries in Wolfsburg and around
♥   Art museum 'Herzog Anton Ulrich Museum' Braunschweig, 24.8 km from the center. On the map

Sights around Wolfsburg from our guide 'Extreme places on Earth'

Distance from Wolfsburg center - 65.2 km.
The building of the Mittelland Canal took more than 50 years to complete. It is constantly being improved and reconstructed. In 1998 a new aqueduct across the Elbe was built and thus supplemented the structure of the canal. The Mittelland Canal is considered to be the most important architectural object for local residents, so there have been many efforts to preserve its historical appearance. … Read further

Search touristic sites on the map of Wolfsburg

Sightseeing in regions nearby Wolfsburg

Braunschweig
You can finish your observation of Braunschweig’s places of interest by attending an excursion to an ancient town hall – a magnificent gothic building created during medieval times. The town hall is decorated by thick and solid columns that feature the figures of great leaders of that time and their wives. Here you will see the portraits of welfian and ottonian emperors, ... Open »
Celle
Even nowadays the duke's palace impresses visitors by luxury, grand scale and grandeur. Besides this sight the tourists are attracted by the local church. Two times a day a trumpet melody is played on the white tower of the church. You will also see the ruins of the synagogue built in 1740."Kristallnacht" in 1938 did not become the last one for it because of the close ... Open »
Magdeburg
"Spiritual" part of the city is represented by numerous monasteries and churches. The most famous ones show a true heart of the German Romanesque - the monastery of St. Mary, St. Maurice and St. Catherine Cathedral. All these churches were built centuries ago. Today visitors can enjoy mesmerizing sound of organ concerts that are conducted there. A beautiful Rotehorn Park is ... Open »
Hannover
Today Hannover is known as an industrial and economic center. This is also the largest exhibition city of Germany. In 2000 here even took place the famous international exhibition Expo. It’s worth mentioning that industrial exhibitions and fair trades often take place in Hannover. The city also has a large international airport and a port. Old part of the city is great for ... Open »
Gottingen
For years, the town was developing and growing in size, successfully trading with other cities and countries. However, a sad event happened in Germany at the beginning of the 18th century. The country entered the Thirty Years' War that completely destroyed everything that local people were building for so many years. The town looked like it fell asleep. Only in the 30s of the ... Open »
Dessau
Bauhaus is an architectural and art cooperation that appeared in Dessau in 1925. The building was created by the famous architect Walter Gropius, who created the building with the main idea “function defines form”. Limited in materials, money, time and space, he managed to create an amazing work that stuns visitors by it simple shapes and color scheme. Bauhaus is a museum ... Open »

All about Wolfsburg, Germany - sightseeings, attractions, touristic spots, architecture, history, culture and cuisine. Prepare your trip together with OrangeSmile.com - find out the 'must see' things in Wolfsburg, which places to visit, which excursions to take, where the breathtaking views are waiting for you. Planning your trip with this travel guide will help your to get the most out of Wolfsburg in few days.