Sightseeing in Garmisch-Partenkirchen - what to see. Complete travel guide 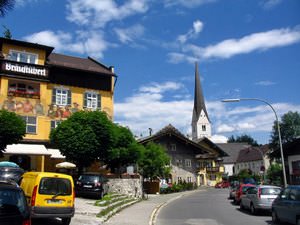 Garmisch is an old town in Germany located on the Loisach River. In 1935 the town was merged with Partenkirchen town and the new settlement was named Garmisch-Partenkirchen – a city that is now known as an administrative center of the Bavaria country. This is also a fairy trade center and a ski resort. Two parts of Garmisch-Partenkirchen are divided by railway and connected through a system of tunnels (for automobiles and pedestrians). Garmisch-Partenkirchen doesn’t formally have a status of the city. The population of this place reached only 26 thousand of people in 2005.
Extraordinary weekend in Garmisch-Partenkirchen - unusual places, services and attractions for travel gourmet
…

Open
The town is located in a valley surrounded by the Bavarian Alps. Zugspitze Mountain is located nearby the town. By the way, this mountain is the highest spot of Germany. You can easily reach Munich and Austrian Tirol by railway from Garmisch-Partenkirchen. Moreover, there is a road to Munich in mountains.
The main industry of this place is tourism. In the city and surrounding territories work large number of hotels and restaurants built primarily to serve tourists. When winter comes to the town, alpine ski routes start working here. During warm weather seasons are popular walks on mountains or hiking. Especially for this purpose special cable roads and funiculars are built here. Copyright www.orangesmile.com
Garmisch-Partenkirchen design-hotels for stylish travellers
An example of a national style building is the interior of the comfortable Hotel Vier Jahreszeiten. Its spacious rooms feature high ceilings and beautiful deep blue carpets. The rooms are …

Open
In the city you can visit a musical theater or attend a festival of Strauss. The city’s main park often becomes the place for performances of the Grainau orchestra with musicians wearing traditional Bavarian costumes. 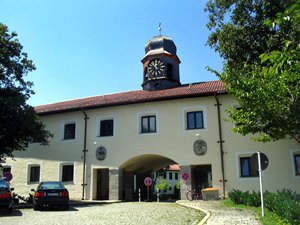 However, the main sight of the city is, without a doubt, mountains. Travellers also often visit Zugspitzbahn railway that leads to Zugspitze Mountain, Partnachklamm gorge cleaned by water falling down from a mountain spring and also the town itself. Its architecture is represented by medieval houses decorated with pictures showing stories from the Bible.
Top places to stay in Garmisch-Partenkirchen - most luxurious hotels
The most luxurious resort hotel that deserves the attention of the most demanding travelers is the Reindls Partenkirchener Hof. The hotel is situated just a few minutes’ walk away from …

Open
One of the most attractive places for walking around the city is Ludwigstrasse, where historical buildings of various periods and styles are preserved. Here is one of the oldest parish churches in the city, which was partially destroyed during a violent fire in 1865. Immediately after the fire, the Gothic church in the Neo-Gothic style was completely restored and continues to please locals and tourists with its spectacular views to this day. In many historic houses today, there are attractive restaurants and souvenir shops. Also, there are several prestigious hotels on the historic street. 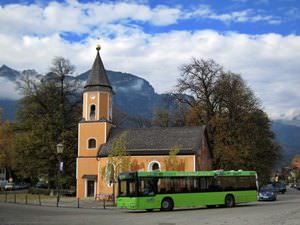 In the city, religious monuments worthy of attention, including the Chapel of St. Sebastian were preserved. It is located near the Lower Market. This chapel was built in 1637. The miniature church with a turret is a very unusual design. Its facade depicts figures of saints, which local artists maintain in perfect shape. In summer, the chapel is surrounded by dense thickets of trees.
Old hotels keeping the history of Garmisch-Partenkirchen
Some hotels in the city are known for their special historical atmosphere, for example, the attractive Hotel Almenrausch und Edelweiss. It occupies a beautiful historic building, whose …

Open
In the immediate vicinity of the city, there are several ancient castles. The most interesting is the Ellmau Castle, built in the early 20th century. Today, a prestigious luxury hotel is located in the restored castle. Everyone can spend a few days in this historic building and enjoy its luxury. The castle has preserved a beautiful concert hall, in which, since 1957 till now, concerts of chamber music are regularly held. 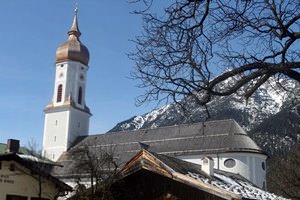 Garmisch is noted for its abundance of natural attractions. At any time of the year, you can admire the magnificent landscapes here. Ekbauer Mountain, whose height is 1,238 meters, is of great interest. On its slopes is a popular ski resort, focused on beginners and holidaymakers with children. In summer, in mountainous regions, interesting excursions take place. During these excursions, you can see rare plants, wild animals and birds, for which this mountainous region has become a home.
Best hotel choice for romantic escape, wedding or honeymoon in Garmisch-Partenkirchen
Many couples choose Garmisch-Partenkirchen for a romantic getaway. The resort offers a decent selection of hotels ideal for spending time as a couple. The family-run hotel Garmischer Hof is …

Open
While walking through the city you can see many unusual monuments, a remarkable site is the monument – locomotive. The old locomotive of 1930, painted in blue, was installed next to the City Hall building. In the first half of the 20th century, it was used to lift trains to the top of the Zugspitze Mountain, where already the most popular ski resort was located.

City tours, excursions and tickets in Garmisch-Partenkirchen and surroundings

Survived castles around Garmisch-Partenkirchen
♥   Castle 'King’s House on Schachen Bavaria' , 9 km from the center. On the map

♥   Castle 'Hohenschwangau Castle' , 28 km from the center. On the map

National and city parks around Garmisch-Partenkirchen
♥   Nature Park 'Ötztal' , 35.8 km from the center. On the map

♥   Nature Park 'Kaunergrat-Pitztal-Kaunertal' , 55.4 km from the center. On the map

♥   Nature Park 'Hochgebirgsnaturpark Zillertaler Alpen' , 80.5 km from the center. On the map

Sights around Garmisch-Partenkirchen from our guide 'Extreme places on Earth'

Distance from Garmisch-Partenkirchen center - 68.4 km.
The professionals think that literally every person with a proper level of preparation can overcome this piste. You just have to consider the right skiing technique. Today the special warning signs in different languages ​​are placed on one of the most dangerous slopes in the world. In addition to the ski slopes, the trainers and the doctors are always on duty. It is recommended to ski on the other 'black' ski slopes of the Mayrhoven in front of the 'Harakiri' slope. … Read further 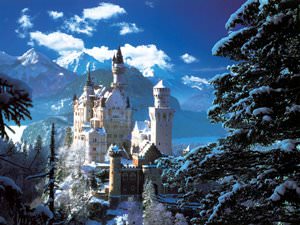 Distance from Garmisch-Partenkirchen center - 27 km.
After more than a century the original interior was preserved in the castle. Today the guests can stroll through the spacious rooms decorated with fine frescoes and forgiven medieval chandeliers. The castle preserves the many valuable works of art created by the best painters from the 19th century. The wonderful mosaic floor, the painted ceilings, the countless paintings and sculptures made of precious materials and the wonderful wooden furniture make the setting for one of the most beautiful and fabulous castles in the world. … Read further

Search touristic sites on the map of Garmisch-Partenkirchen

Sightseeing in regions nearby Garmisch-Partenkirchen

Seefeld in Tirol
Many travelers know the municipality of Seefeld as the best winter recreation center in Tyrol. The popular ski resort has attracted travelers for more than a hundred years. In 1964, 1976 and 2012 it was the venue for Winter Olympic Games, and in 1985 Seefeld was chosen for holding World Ski Championships. The modern resort features a well-developed infrastructure, which ... Open »
Innsbruck
Friedrich Street is the main street of the Old Town. Several typical ancient streets are adjacent to Friedrich Street. Tourists, who visit this place, are immediately immersed in the atmosphere of Baroque. However, you will find other architectural styles there. Number 15 in this street is the location of the most famous symbol of Innsbruck – “Golden Roof” ("Das ... Open »
Fulpmes
As noted above, despite recent enormous changes Fulpmes maintains its inimitable historical atmosphere. There are many interesting attractions. Local residents consider St. Vitus Church as one of the main symbols of the village. The main cultural center of Fulpmes, Museum blacksmithing, is dedicated to the most important national craft of local residents. Although crafts have ... Open »
Tirol
Several medieval fortresses and castles have survived in small towns. The old fortress and the chapel built in the late 15th century are situated in Landeck. The chapel houses a large collection of ancient frescos and a historical museum. Hal is interesting because of Gazegg Castle and Mint; they were completed in the second half of the 15th century. Tratzberg Castle housing ... Open »
Solden
The region is also famous for its unique natural attractions. Every year, Sölden is visited by thousands of tourists attracted to these places by unique pine forests. Walking through the reserved areas is organized all year round for tourists. However, in the warmer months, much more prominent natural landmarks are available for them. The ultra-modern Austrian resort is also ... Open »
Mayrhofen
Mayrhofen is one of the most attractive Tyrol towns. It’s an ideal vacation destination. This is also the largest ski resort in the territory of the Zillertal. The population of the charming Alpine town is nearly 4,000 people, but during the tourist season, the population increases significantly. Multifacatedness has always been one of the key peculiarities of this resort, so ... Open »