Sightseeing in Oldenburg - what to see. Complete travel guide 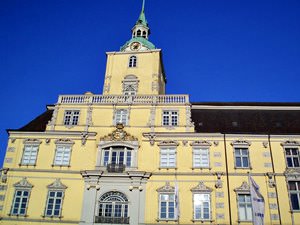 Some people call Oldenburg “the city of parks” due to the large number of green zones. It is really difficult to imagine that this picturesque city is one of the largest industrial centers of the country. Several centuries ago here appeared first tobacco factories; later foundry and machine-building factories, glass and leather manufactures were built on the territory of Oldenburg. Besides this the city has always been famous for beautiful horses, and so some surrounding areas are still a location of old farms where hereditary breeders live.
Authentic traditions, festivals and lifestyle of Oldenburg inhabitants
Oldenburg is one of the oldest German cities that received its name in honor of a noble family. The challenging history of the city and its close proximity to Holland made local culture and …

Open
Greenery occupies more than half of the city’s territory. The reason for this is in the fact the majority of people lay out gardens around their homes. It has already become a good tradition. You can find numerous squares and parks right everywhere in Oldenburg. Schlogarten and Eversten Holz are considered the most beautiful park and forest respectively. Many years ago these nature reserves belong to the noble lords, who used them for rest and hunting. In the city you will also find numerous old buildings created in 14 - 18 centuries. However, the majority of the historical monuments were destroyed during a severe fire in 1676.
Kulturzentrum remains one of the most interesting architectural monuments. Originally it was a hospital, and today the castle hosts Cultural Center of Oldenburg Life. Here usually take place most important events including musical concerts, art shows and lectures. Not far away from the center you can see another remarkable building - the Main Library a music school opened more than two centuries ago. Picturesque streets, spacious parks and cozy restaurants will certainly conquer the heart of any traveler, and you will want to return to this wonderful city again and again. Copyright www.orangesmile.com
Excursion over cultural sights of Oldenburg - 'must visit' points of interest
In Oldenburg, you can arrange a very interesting sightseeing program. One of the city's main historical symbols is Schloss Oldenburg (Oldenburg palace). It was built in the first half of the …

Open
Walking along the historic streets of the city, you can see a majestic red-brick building - the luxurious Elisabeth-Anna-Palais. Its construction took only two years - the building was completed in 1896. This beautiful building is the former residence of a ducal family; today it is particularly attractive for its original appearance that hasn't been changed for the last hundred years. 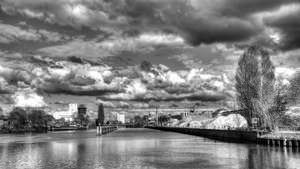 Fans of fascinating tours should definitely visit the State Museum for Nature and Man. Its opening took place in 1836, the founder of this museum is Augustus, Grand Duke of Oldenburg. Originally, the collection of the small museum presented rare insects and birds; the grand duke personally made a significant contribution to the expansion of its exposition. The museum has been housed in its current building since 1880, and its collection is continuously expanding. Today, museum visitors can see a collection of unique anthropological exhibits, as well as admire the earliest exhibits that have been in the museum for almost 200 years.
Your active city break in Oldenburg. Attractions, recreation and entertainment - best places to spend your day and night here
Oldenburg doesn't offer lots of noisy entertainment centers, so one of the tourists' favorite entertainments is walking in picturesque parks and gardens. Oldenburger Schlossgarten is one of …

Open
A significant religious monument of the city is St. Lambert's Church, which is believed to be the Oldenburg's most spectacular architectural monument. The elegant church with high turquoise-colored spires is built in the best traditions of the late Gothic style. One of its main features is the Neo-Gothic-style rotunda that was rebuilt in 1797. Walls of the church keep many unique religious artifacts as well as old elements of decoration. 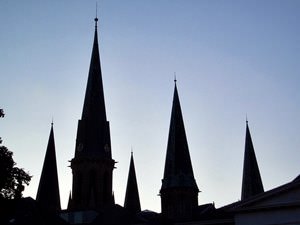 The city has a unique art museum called the Augusteum. It was opened back in 1867; it is one of the oldest museums in Northern Germany. The foundation of this museum is closely connected with the name of Peter II who was a great admirer of painting. The museum's collection began with his private collection of artworks; today, visitors to the picture gallery can admire some unique canvases by famous masters of the 15th-18th centuries.
Advices to travellers: what you should know while being in Oldenburg
1. The nearest airport to Oldenburg is located in Bremen and regularly receives flights from major European cities. From the airport, the city can be reached by train or bus. 2. Those …

Open
A symbolic historic site is a powder tower - the only element of Oldenburg's medieval defensive structures. The tower located on a small hill offers a wonderful view of the city streets.

This guide to iconic landmarks and sights of Oldenburg is protected by the copyright law. You can re-publish this content with mandatory attribution: direct and active hyperlink to www.orangesmile.com.
Oldenburg - guide chapters 1 2 3 4 5 6 7 8

City tours, excursions and tickets in Oldenburg and surroundings

Survived castles around Oldenburg
♥   Castle 'Oldenburg Castle' , 0.2 km from the center. On the map

National and city parks around Oldenburg
♥   National Park 'Niedersächsisches Wattenmeer' , 88.6 km from the center. On the map

Search touristic sites on the map of Oldenburg

Sightseeing in regions nearby Oldenburg

Bremen
The Schnoor quarter. The Schnoor quarter is the ancient part of the city (kept in a wonderful condition, by the way) that once belonged to fishermen. Small houses built in the 15th- 18th centuries, narrow streets and courtyards create an impression of a very picturesque place. Even though the Schnoor used to be a district for the poor, and even was in the danger of demotion, ... Open »
Osnabruck
The gourmet travellers will surely enjoy the culinary week, during which they will be able to try most popular national dishes and delicacies that are offered in open-air cafes. The next mass celebrations are organized during the Autumn Fair. Starting from the end of November begins the famous Christmas market. While walking through the mall and looking at Christmas gifts, you ... Open »
Groningen
Groningen is also a university town, so at least one fourth of its population is students. There are always many young people in this town and this is the reason for multiple cafes, pubs and nights clubs that can be found here. Live never stops at Groningen. The town is also famous for its festivals. Noorderliht is the festival of photography that often exhibits real ... Open »
Bielefeld
The main religion of this town is Catholicism. In medieval times the town was founded on the crossing of trading routes, so no wonder its infrastructure developed quickly. Today we can see this in rich heritage available for tourists. Here can be found numerous historical and architectural values from different epochs and different nations. There’s also an opinion that ... Open »
Hamburg
Hamburg is a large transportation junction, a sea and a river port. There is also an airport on the territory on the city. Hamburg is a center of machine building, printing and textile industries. Here are also headquartered the publishing houses of famous newspapers Stern and Spiegel. Moreover, here are located main offices of numerous banks, insurance companies and other ... Open »
Lemgo
The central square of this town is also called “Stone Hall”. This is not only the traditional place of meeting for local people, but also the most typical place of all events in Lemgo. During these days the city simply dives into the atmosphere of joy and holiday. For example, on summer you can visit «Sommertreff» festival and other celebrations devoted to absolutely ... Open »

All about Oldenburg, Germany - sightseeings, attractions, touristic spots, architecture, history, culture and cuisine. Prepare your trip together with OrangeSmile.com - find out the 'must see' things in Oldenburg, which places to visit, which excursions to take, where the breathtaking views are waiting for you. Planning your trip with this travel guide will help your to get the most out of Oldenburg in few days.