Fun and festivities in Germany - celebrations, festivals and cultural events 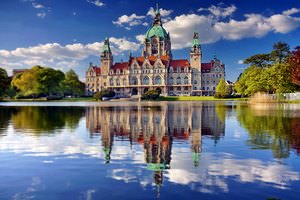 The most famous holiday in Germany is Oktoberfest held in Bavaria in autumn. Oktoberfest is the largest and oldest beer festival in the world. It is organized by the Munich administration and traditionally takes place in Munich. Only local breweries are allowed to participate. They brew special sorts with 5-7% ABV. The first festival was held in honor of the silver wedding of the king and queen. It took place in the meadows near the center of Munich in 1810. The festival lasts about two weeks, until the first Sunday in October. Oktoberfest begins with a solemn festive procession of the owners of the tents of the Munich breweries, after which the first crane is set in the beer barrel.
Top chic accommodation you can find in the country
The luxury hotels in Germany, deserving attention of the most discerning traveler.
Read further
In the meadow, there are 14 large tents with a capacity of up to 10 thousand people and 15 small tents designed for 1 thousand people. Life in these tents is boiling. People try different kinds of beer, eat local food, have fun, participate in competitions, and listen to music. There are rides on the square including a huge observation wheel and a free fall simulation tower. Those who accidentally got drunk, can reckon on help of doctors who are always on duty nearby. Except beer, you can taste other alcoholic beverages, buy souvenirs or just find new friends. Oktoberfest is not the only beer festival in the country. The joyful and colorful beer festival take place in Stuttgart, where it is called Volksfest, and in Berlin, where it is Beer Mile.
One of the most important public holidays in Germany is the Day of German Unity associated with the fall of the Berlin Wall and the unification of the country. It is widely celebrated on October 3. Official celebrations are held every year in different cities. In the capital, at the Brandenburg Gate, tents and stages are set up. Folk festivities in Germany are a way to relax; they make locals feel proud for their country and its history. During such holidays, Germans do not stint on emotions and really have fun. Christmas in Germany is another wonderful holiday, a time of miracles and magic. The houses are decorated four weeks before the holiday. The less time remains before it, the more lights and candles fill windows, storefronts, and streets. Throughout the country, the famous Christmas markets open, where you can buy souvenirs, decorations for the Christmas tree, gifts, and Christmas cookies. The most important fair is held in Nuremberg. Copyright www.orangesmile.com
Most romantic hotels in Germany
The best hideaways for couples in love, as well as top hotels for wedding and honeymoon.
Read further
Another typical festival for Germany is the Berlin Film Festival or Berlinale, which takes place in February. Every year, the top and most famous representatives of cinematography from more than 100 countries come to take part in it. The overwhelming majority of films participating in the festival represent the category of indie cinema. During the whole event, about 400 movies are shown. In November, star representatives of the world of jazz come to Berlin to participate in the Berlin Jazz Festival. Another proprietary musical festival is the summer Wacken Open Air near Hamburg. Tickets for it are sold out in just a couple of days. Hard rock sounds on several stages of the festival from morning till night. 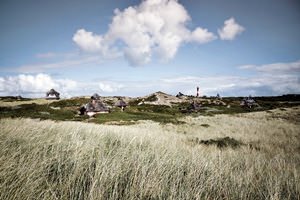 Germans are very fond of carnivals. The Carnival of culture takes place in Berlin. That’s a symbol of tolerance and respect for people of different races or skin colors. Another carnival is Fastnacht; it takes place before the start of Lent. During the celebration, everything is allowed to women and men. They can eat any food in unlimited quantities, drink alcohol, have fun and entertain in all conceivable ways. According to one tradition, women can attack men and cut off their ties, usually in bars. For the carnival procession, citizens of the country dress up in costumes of devils, buffoons, wild people, yeti, witches, and fairy-tale characters.

The beautiful Rheinstein Castle is located in one of the most picturesque corners of Germany, in the Middle Rhine Valley. It was built on top of a hill in the 13th century. Initially, it had a very important strategic significance. However, the castle fell into disrepair by 1344. It was empty for a long time. It was purchased by a Persian prince in 1794. The first large-scale reconstruction of the castle took place under his leadership. It belonged to the descendants of the prince in the future until 1863.

A small chapel was built on the territory of the castle in 1839. The tomb of Prince Frederick, as well as one of his sons, is located in it. The fortress was full of life during the years when the Persian prince owned it. He held grand jousting tournaments and balls here. He also … Read all

The beautiful Gothic Cathedral is located in Cologne. It also deserves the attention of discerning travelers. Its construction also lasted several hundred years. It began in 1248. But it was necessary to stop the construction of the cathedral due to a lack of funds at the end of the 15th century. It acquired unique features only in the 19th century. It keeps them up to date. Cologne Cathedral is considered the richest and most beautifully designed Gothic Cathedral in Northern Europe. It will impress not only with its unique appearance but also with its chic interior design.

The area of the facade of the cathedral is the largest in the world today. Many subtle elements adorn it. Guests of the cathedral will be able to see many valuable relics during the tour. The old sacristy is kept … Read all
All unique sightseeing Germany

Attractions and entertainment in top cities of Germany

Berlin
The choice of nightclubs in Berlin is so wide that it’s even hard to make a choice. We can say for sure – clubs of this city will please fans of different musical directions. The club with an interesting name “90 ˚” is rather popular among both tourists and local people. This club is also considered one of the most prestigious entertaining facilities of the city, so before visiting it guests will need to choose the right outfit. The styles of music played in the club are changed daily, … Read more

Munich
Tourists, who enjoy relaxing in a calm atmosphere, will surely enjoy their visit to the Augustiner Biergarten beer garden. The tables here are arranged between old lime trees, and on evenings this place is simply soaked in romantic and relaxing atmosphere. Jazzclub Unterfahrt Club is well known far beyond Munich. Here always gather numerous fans of jazz music who want to listen to their favorite music and drink a couple of glasses of excellent Bavarian beer. Fans of energetic dances will … Read more

Hamburg
Dollhouse club is famous for its energetic parties. Among the regular customers of the club are many celebrities. The club called Superfly is located near campus. The club is distinguished not only by an interesting entertainment program, but also by the original design of the premises. Spacious and bright hall of the club has simply nothing similar with those dark halls with poor illumination that are so widespread in other clubs. Superfly is always distinguished by a festive atmosphere. This … Read more

Cologne
Those, who can’t rest without fancy night entertainments, will find widest range of clubs and discos in the city. The opening of Koket club took place more than 50 years ago. All this time the club has remained one of the most prestigious and well known institutions of the city. The hall of the club is decorated in the style of the 60s of the previous century. On evenings interesting shows are organized in Koket, so we recommend visiting this place and enjoy its special atmosphere. Lovers of … Read more

Frankfurt am Main
The Frankfurt Zoo is very popular among vacationers; it occupies a vast area with many beautiful enclosures, pools, waterfalls and sculptures. There are friendly llamas and rhinos, lions and gazelles, goats and monkeys among inhabitants of the zoo. There is also a small covered pavilion with a collection of animals living in the underwater world. After watching residents of the zoo visitors can go to a local cafe serving a decent selection of sweets and children’s favorite treats. The … Read more

Dusseldorf
Fans of shopping will definitely enjoy a huge selection of fashionable clothes and branded watches that can be found in local trading centers. Female visitors are recommended to visit the store called Fashion Clinic that offers clothing, shoes and accessories by leading brands. When it comes to describing major shopping centers, we simply cannot fail to recommend Schadow Arkaden, Sevens and Stilwerk - choice of clothing, perfume, jewelry and souvenirs in any of them is simply huge. … Read more

Dresden
We simply can’t fail to tell a bit about Dresden shops. There is no doubt this city will be loved by fans of shopping. Altmarkt market is very popular among tourists. You will find numerous private shops and shopping malls next to it. On Christmas Eve a large fair trade is organized in Dresden. Innere Neustadt district is the location of exclusive shops that sell clothes and perfumes of the world's leading brands. Prager Straße is another important shopping destination. Here are located … Read more

Stuttgart
A tour through local shops would also give a lot of impressions. Trade pavilions for every taste and budget can be found in Stuttgart. You can purchase quality shoes at most attractive prices in Ara Shoes stores. Those who hope to bring back some jewelry are advised to visit the Rent a juwelier shop; Geschwisterliebe specializes in stylish clothes. Fans of shopping that may be bored without sales would like Crazy shop, where you can buy great jeans, T-shirts and stylish accessories just for 10 … Read more

Map of fun in Germany