Sightseeing in Wuppertal - what to see. Complete travel guide 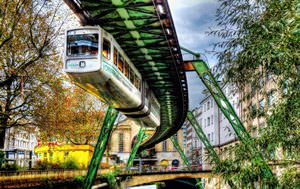 Wuppertal is a German city that is located on the territory of North Rheine-Westphalia on the Wupper River that is a tributary to the Rhine River. The city was founded in 1929 in result of merger of 3 towns – Barman, Elberfeld and Brill.
Extraordinary weekend in Wuppertal - unusual places, services and attractions for travel gourmet
…

Open
According to the data of 2000, the population of Wuppertal estimates 369 thousand of people.

Wuppertal is known as a large center of textile, chemical, machine building and pharmaceutical industry. This is also a large transportation crossing, an industrial and a trading center of Ruhr.
Architectural style of this city does not have traditional traits of gothic and baroque influences. Lutheranism has had strong positions here and so this fact is reflected in the city’s architecture as well. After many ancient cities Wuppertal looks minimalistic. Even churches here are not distinguished by their elegant design. However, this doesn’t mean there’s absolutely nothing to see in Wuppertal. Here are not many historical sights and places of interest as the majority of them have been destroyed during bombings on World War II. Many buildings were completely burnt during the war as well. During the war times a large concentration camp was organized here. This wasn’t a camp for condemned men, but a place for concentration of labor forces. Copyright www.orangesmile.com
Wuppertal design-hotels for stylish travellers
Travelers who like to relax in hotels with an unusual setting will definitely like the comfortable Hotel Astor. Its interior is made unique by a very beautiful finish made from light wood, …

Open
Among the sights of the city we can mention the oldest monorail pendant road in the country. The road is 13.5 kilometers long. Even it was built 110 years ago the road is functioning even now. You can also visit the city’s town hall that has been renovated after the war, Bismarck’s tower, the house of Engels, the local Botanical Garden, and see performances in Opera Theatre. 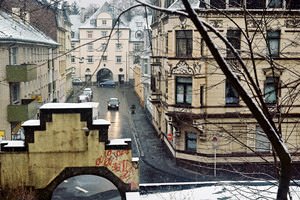 Among the few remaining historic sites worth highlighting, is the Bayenburg Castle. It is located in an incredibly beautiful natural area, in the valley of the River Wupper. The first mention of this castle dates back to 1336, whereas the exact date of its construction is unknown. For many years, this castle belonged to the noble family of Berg. In the middle of the 13th century it was completely destroyed during the Thirty Years' War. Today, the once majestic castle is reminiscent of only small fragments of the building. Many tourists come here just to take a walk in the picturesque natural area.
Top places to stay in Wuppertal - most luxurious hotels
Wuppertal is not deprived of first-class hotels that are ready to offer customers chic rooms and impeccable service. One of the most popular and prestigious hotels in the city is …

Open
There are many unusual museums in the city. One of the most popular is Knipex Museum. This museum is located on the territory of the factory of the same name, which was founded in 1882 and has been working till now. This factory produces working tools: pincers, pliers, wrench, side cutters and many others. Since the foundation of this factory, it belongs to one family. Today members of this family personally conduct tours of the museum. Among its exhibits are the old tools used in production, as well as samples of products from a hundred years ago. 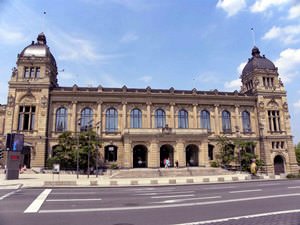 For travelers impartial to art, it will be much more interesting to visit the Von der Heydt Museum. It is located in the heart of the city and occupies the restored building of the old town hall. This museum has a very interesting collection of art works, some of them over 400 years old. The founders of this museum are members of a wealthy family of bankers Von der Heydt. They were the first to donate paintings for the museum from their personal collection. Subsequently, the example of this family was followed by other wealthy citizens. So today, we can say with confidence that the magnificent museum was formed with the support of the locals themselves.
Best hotel choice for romantic escape, wedding or honeymoon in Wuppertal
Couples who choose Wuppertal for a joint vacation should definitely pay attention to the also-Hotel an der Hardt. The hotel is located next to the picturesque Hardt-Anlagen Park, a couple of …

Open
Near the Elsa tower is the most beautiful and popular city park, in which it will be interesting and pleasant to relax at any time of the year. Walking through the park, you can go to the inconspicuous alley that leads to the Botanical Garden. Only a few tourists know about its existence. In this botanical garden is a very interesting collection of exotic plants and flowers, brought from different corners of the world.

This guide to iconic landmarks and sights of Wuppertal is protected by the copyright law. You can re-publish this content with mandatory attribution: direct and active hyperlink to www.orangesmile.com.
Wuppertal - guide chapters 1 2 3 4 5 6 7 8 9 10 11 12

City tours, excursions and tickets in Wuppertal and surroundings

Survived castles around Wuppertal
♥   Castle 'Schloss Burg near Solingen' , 14.5 km from the center. On the map

National and city parks around Wuppertal
♥   National Park 'De Meinweg' , 77.5 km from the center. On the map

Art galleries in Wuppertal and around
♥   Art museum 'Von der Heydt Museum' Wuppertal, 2.8 km from the center. On the map

Sights around Wuppertal from our guide 'Extreme places on Earth'

Distance from Wuppertal center - 39.7 km.
During the reconstruction of the basement there were found ruins of the ancient Roman buildings. Today all rebuilt elements of the historical buildings are open for everyone. Another peculiarity of the Kolner Rathaus is the musical instrument that makes wonderful melodies with the toll. It has appeared in the town hall in 1958. This construction has 45 bronze bells. A lot of people come to listen to the sound of them.  … Read further

Distance from Wuppertal center - 39.5 km.
The well-known architect Gerhard has worked at the Domprojekt. As the legend tells, the devil helped him. This was the only way to explain the construction of such a grand architectural project. Every day, more than 20,000 people visit the Cologne Cathedral, which is to be graced by its magnificent interiors and the golden sarcophagus with its main sanctuary. The latter is a real masterpiece of jeweler art. For the decoration of the sarcophagus thousands of precious stones were used. In the cathedral there are also other sanctuaries - the Gerokreuz and the Milan Madonna, a unique statue from the 13th century. All those who are interested can climb up the Domgipfel and enjoy the panorama of Cologne, for which only 509 steps have to be overcome. … Read further

Search touristic sites on the map of Wuppertal

Sightseeing in regions nearby Wuppertal

Essen
However, Essen is certainly attractive not only for businessmen, but also for tourists. The internationally famous Essen Cathedral got its popularity due to an ancient vault of the 10th century found on the territory of the church. Inside the vault were found the objects of incredible value. The most famous of them are the oldest known sculpture of the Virgin Mary and the lost ... Open »
Langenfeld
Langenfeld attracts tourists by its unique landscapes and amazing suburbs. The valley, in which the town is located, features numerous small villages that come one after another. These are Oberlangenfeld, Runhof, Astlen, Gotsgut, Winkle, Huben, Brugen, Grice, Ashbah and others. Starting from 2004 Langenfeld has become the first thermal region of Tirol. Actually, the first ... Open »
Leverkusen
Leverkusen is an industrial town in Germany located in the Northern Rhine - Westphalia, on the Rheine River between Dusseldorf and Koln. The population of this city estimated 161.3 thousands of people in 2005. Leverkusen is the main department of the famous pharmaceutical company “Bauer”. Here is located the football club with the same name. This city features the ... Open »
Gelsenkirchen
Earlier Gelsenkirchen was an industrial center of Germany because of a rapid development of coal industry. However, after World War II all plants were destroyed and the city dived into severe unemployment. Later old plants of Gelsenkirchen turned into concert halls and ice palaces; old railroad was turned into roads for bicyclists. Today in Germany as well as in other ... Open »
Oberhausen
The most unusual attraction is the Halde Haniel, which has appeared from the collapse of rocks at the site of coal mining. Its height estimates 159 meters, and today a landscape park is organized at the site of the waste bank. In the center of park is located the amphitheater called the Mountain Arena. Here are regularly conducted various plays and concerts, the arena can ... Open »
Dortmund
The city with its amazing history was traditionally attracting travellers. There are still many interesting monuments and ancient buildings here. In Dortmund you will also find large number of entertainment centers and comfortable hotel complexes. Old part of the city is the most interesting one as here you can walk on quarters built in 18-19 centuries, see ancient churches ... Open »

All about Wuppertal, Germany - sightseeings, attractions, touristic spots, architecture, history, culture and cuisine. Prepare your trip together with OrangeSmile.com - find out the 'must see' things in Wuppertal, which places to visit, which excursions to take, where the breathtaking views are waiting for you. Planning your trip with this travel guide will help your to get the most out of Wuppertal in few days.