Sightseeing in Dessau - what to see. Complete travel guide 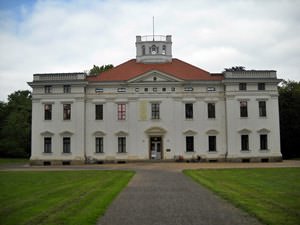 Dessau is a German city of duchy and residence Anhalt. The city is situated on the Mulde River that falls into the Elba River. Dessau’s major growth started in XVIII. At that time there were numerous fast-developing factories producing wallpapers, fabrics, paper, sugar, alcohol, machinery and wagons. At that time in Dessau were also organized Philanthropic and Halkographic societies.
Cuisine of Dessau for gourmet with top restaurants and cafe
Dessau has always been famous for its numerous restaurants that serve delicious German food. However, fans of other culinary traditions will surely find a place to eat with ease. Landhaus …

Open
Much time has passed since that period. After World War II almost nothing left from those luxurious duke’s residences and beautiful old buildings of Dessau. Only things that were saved were some pictures from the old museum collection, books from the duchy library, a theatre and documents that prove the large number of charities and scientific societies that have once been working in Dessau. Today the city cannot be proud of its grey elegant buildings created centuries ago. However, there’s something still left and Bauhaus is considered one of the biggest sights of Dessau.
Bauhaus is an architectural and art cooperation that appeared in Dessau in 1925. The building was created by the famous architect Walter Gropius, who created the building with the main idea “function defines form”. Limited in materials, money, time and space, he managed to create an amazing work that stuns visitors by it simple shapes and color scheme. Bauhaus is a museum that exhibits building plans of the project “Socialistic City” of 1930. Copyright www.orangesmile.com
Authentic traditions, festivals and lifestyle of Dessau inhabitants
Since representatives of different nationalities live here in Dessau and many tourists travel to this city, the locals are used to providing the necessary assistance. That is why you should …

Open
In the immediate vicinity of Dessau, there is a unique natural attraction - the Wörlitzer Park. A few years ago, it was recognized as a World Heritage Site. This magnificent park was founded in 1773 by the order of Prince Leopold III. The park was originally formed with the aim to use it as an example of gardening and agriculture. For many years it was used for educational purposes. Several interesting architectural sites have survived on its territory. 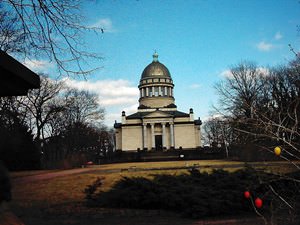 The most beautiful is the Wörlitz Palace - a luxurious residence, in which Prince Leopold lived with his wife Louise. This palace was the first building in Germany built in neoclassical style. For many years, the beautiful residence has retained some of its stylish interior decoration, including a collection of antique furniture and porcelain products.
Excursion over cultural sights of Dessau - 'must visit' points of interest
First mentions about the city of Dessau refer to the 12th century, although, according to scientists first settlements in the territory of the modern city appeared much earlier. Tourists can …

Open
Nearby, there is another interesting architectural monument - an old synagogue, whose construction was completed in 1790. It is built in the form of a rotunda. According to official data, the temple of Vesta located in Tivoli, served as a model for the construction of this synagogue. In the first half of the 20th century, the building was partially destroyed. Nevertheless, it continues to look very attractive. 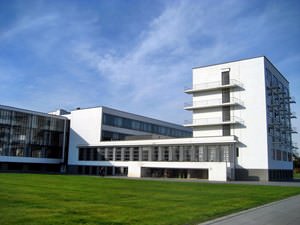 There are many beautiful old churches in Dessau. One of the most interesting is St. Peter's Church. Its construction was completed in 1809. Now it is considered one of the most spectacular in the region of monuments in the Neo-Gothic style. The height of the tower of this church is 66 meters. It miraculously managed to survive during the Second World War.
Your active city break in Dessau. Attractions, recreation and entertainment - best places to spend your day and night here
Dessau is a perfect destination for those who prefer vacationing in quiet and cozy cities breathing serenity and tranquility. Here you can fully enjoy the incredibly beautiful urban spaces …

Open
Fans of walks in historical places will be interested to visit the palace and park complex of Mosigkau. It was built in the middle of the 18th century and is a striking monument in the Rococo style. Now in the halls of the beautiful palace, is an interesting historical museum. Visitors can admire the collections of antique dishes and furniture, and see unique art objects. After visiting the palace, you should take a stroll around the beautiful park surrounding it. 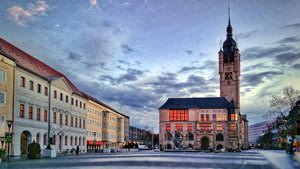 Vacationers with children will be interested to visit the Museum of Natural History. It contains a rich collection of exhibits dedicated to local flora and fauna. The museum also contains a very interesting collection of archaeological finds.

This guide to iconic landmarks and sights of Dessau is protected by the copyright law. You can re-publish this content with mandatory attribution: direct and active hyperlink to www.orangesmile.com.
Dessau - guide chapters 1 2 3 4 5 6 7

Sights around Dessau from our guide 'Extreme places on Earth' 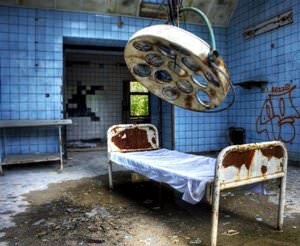 Distance from Dessau center - 68.7 km.
The abandoned hospital has long been chosen by graffiti artists who decorated the premises of old buildings with creepy and gloomy pictures. Beelitz-Heilstaetten is popular among so-called Ghostbusters. Many visitors of the old hospital noted that in abandoned buildings extraneous steps and noises are often heard. Some lucky ones even managed to observe strange silhouettes in the dark corridors. In recent years, random hospital visitors found soldiers’ old letters, which for unknown reasons they were hidden in the walls and under the floor. For some reason, the military could not send letters to relatives. What exactly took place within the walls of the hospital in those days is one of the most thrilling mysteries of history. … Read further

Search touristic sites on the map of Dessau

Sightseeing in regions nearby Dessau

Halle an der Saale
Halle is a German city located on the Saale River. This is an administrative center of the district of the same name. The population of Halle estimates 236 thousand of people according to the data of 1968. Halle is an important transport junction, a river port, and a center of chemical industry that is well-developed here due to rich sources of potassium sault, brown coal, ... Open »
Magdeburg
Magdeburg is an ancient city and the capital of the Saxony-Anhalt federal district. This place is situated on the bank of the river Elbe. During the times of Emperor Otto I the Benedictine monastery was built in the city, but because of this monastery the city was ambushed all the time by enemies who wanted to establish their authority. Their attempts finally brought success in ... Open »
Leipzig
Leipzig is a city in Germany that is located on the bank of the Weisse Elster River. The population of the city estimates 503 thousands of inhabitants. Leipzig is also the location of the internationally famous airport. In this city are well-developed such industries as machine building, fur, sewing, and chemical industries. Starting from XV century this place has also become ... Open »
Potsdam
The park, which surrounds the palace, is a true work of art. In the park are opened several garden pavilions. Visitors can also see elegant villas and more than ten ancient palaces. In warm part of year the park’s staff puts up orange trees out of greenhouses to the main avenue. This makes this place even more unusual and exotic. Among the ancient castles we should also ... Open »
Berlin
Berlin is one of the biggest cities in Europe (its population is 3.4 million of people). Perhaps, this is also one of the most fashionable and constantly changing cities of the region. Berlin has been chosen the capital of Germany since 1990. However, in reality the city still consists of 2 parts. When The Berlin Wall fell, Berlin became one of the musical centres of Europe. ... Open »
Wolfsburg
The city is also known as the base of the local football club Wolfsburg and a hockey club “Grizzly Adams Wolfsburg”. Wolfsburg is also famous by its Auto City – a museum-like exhibition that was built in 2000. Here you can also visit “House of Time” museum that shows an exposition from 80 cars of the famous concern. Moreover, you can see the products as well as ... Open »

All about Dessau, Germany - sightseeings, attractions, touristic spots, architecture, history, culture and cuisine. Prepare your trip together with OrangeSmile.com - find out the 'must see' things in Dessau, which places to visit, which excursions to take, where the breathtaking views are waiting for you. Planning your trip with this travel guide will help your to get the most out of Dessau in few days.