National traditions of Germany. Habits, mentality and the way of living 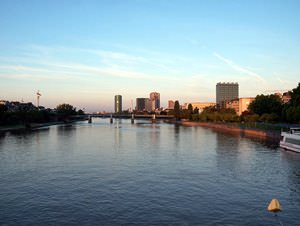 German mentality is associated with pragmatism, discipline, and pedantry. Lawmaking, diligence and a logical approach to everything allow the country to constantly develop and successfully move forward in both cultural and economic spheres. The Germans are very hardworking people. They are attentive to their work, carrying it out rigorously and conscientiously. They never allow themselves to be late, neither to work, nor to a meeting with friends. The Germans love order in everything. They always follow the rules, instructions, and do not give themselves any carelessness. Thanks to this, the German quality is known to the whole world. Locals consider work to be one of the key values, along with health.
The soul of Germany - religions and languages
Since the time of Boniface, Germany was officially considered a country of Christianity and almost all the locals professed this particular religion. …
Read further
One of the most important aspects of life in Germany is bureaucratic processes. The passion for order is manifested in everything. As soon as the traveler needs to rent a car or register documents, he will have to visit a number of instances and fill a heap of papers. At the same time, Germans do everything attentively, scrupulously, because of what they may seem slow. They honor the laws sacredly. Even the height of the trimming of bushes on the streets is regulated legislatively. However, the myths about the stinginess and greed of the Germans are exaggerated. Rather, they can be called rational and practical. They logically approach budget planning and spend money wisely.
Another typical feature is emotional stinginess. Germans extremely rarely fall in emotions. Relations, especially business ones, are a subject to the strict subordination. They respectfully call colleagues or unfamiliar people herr or frau, which is mister or mistress. Germans necessarily use the titles professor and doctor. They pay a great attention to daily handshakes; both men and women shake hands. An eye contact is important too. When dealing with Germans, it is worth to look them in the eyes. A confident, consistent look speaks about respect and trust. In this country, you need to be ready for honesty and straightforwardness. Even German school children do not allow each other to cheat, because it contradicts the rules. Copyright www.orangesmile.com
Germany economy - strengths, wealth and problems
The Federal Republic of Germany is one of the most developed and prosperous countries in the world. Germany covers an area of ​​more than 357 …
Read further
In Germany, it is customary to go to bed early and wake up early. Children begin going for sleep after 7pm. Calling each other after 8pm is considered the sheer tactlessness. However, you can call a German at 7 am, as the locals almost never sleep at this time. Still, this rule does not apply to young people; they can spend time at parties and in clubs all night long. You can be a guest here only by invitation. Even close relatives do not visit each other without a call. During the holidays, the Germans serve soft drinks and sweets first. Only after that, come meat dishes and alcohol. The Germans are always friendly. They uually restrain emotions, which may seem somewhat insincere, but restraint is one of the main national traits. 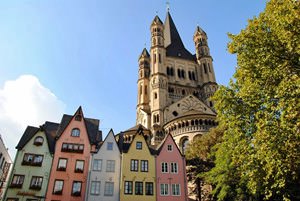 At the same time, festivities and folk festivals are very popular in Germany. The Germans are quite religious and always celebrate Christian holidays, including Easter, Christmas, and St. Nikolaus day. Christmas is celebrated here on a grand scale. Preparations begin long before its onset. Beer festivals are famous all over the world; the most famous of them is the Munich Oktoberfest. The Germans are very tolerant to foreigners, especially those who come to work in their country. They are also very friendly to tourists. Locals will always appreciate attempts to say hello or ask something in German, taking it as a sign of respect for their language and culture.

♥   Basilika of St. Benedikt, Benediktbeuern. On the map

Castles of Germany
♥   Castle 'Alberweiler Castle' . On the map

♥   Castle 'Albrechtsberg Castle' . On the map

Famous sites of Germany in pictures

Unique traditions in cities of Germany

Berlin
It is believed that southern areas of the city are populated by more sociable and sincere people, while northern region of the city is home to more serious and sober inhabitants. Speaking on the national characteristics of local residents, it is worth noting their craving for holidays and public festivals. Colorful carnivals, festivals and fairs are held literally every month in the capital of Germany. Of course, this fact only pleases travelers. Celebrations are organized because of numerous … Read more

Munich
Love for technology is amazingly combined with careful attitude to environment. A bicycle remains one of the most popular means of transport among the locals. Travelers are very surprised when they see “bicycle traffic jams”, which can be seen on the roads of the city. Many cyclists add large trucks and trailers to their two-wheeled transport - such vehicles can really become a great alternative to a car. The industry actively uses solar panels and wind turbines, many of which have become … Read more

Hamburg
During a year the internationally famous festival is visited by approximately ten million travelers. Visitors are attracted by the atmosphere of indescribable extravaganza and celebration. Each of the three festivals that take place during a year has its own special traditions. The village of witches is considered the most interesting attraction of summer festival. This is a mysterious town, a walk through which will surely leave a lot of impressions. The spring festival is the traditional time … Read more

Cologne
Residents of Cologne are quite conservative, and this fact can be noticed almost in all spheres of life. Design of many restaurants, bars and cultural institutions is not changed for decades, so people get used to their environment. At a glance, locals seem to be too serious and reserved, but you simply need to start chatting with them, and you will be defeated by the charm, friendliness and cordiality of the townspeople. There are many interesting and symbolic events in Cologne. Perhaps, a … Read more

Frankfurt am Main
One of the most beautiful and oldest national celebrations is the Festival of Ceramics (Dippemess). It is held twice a year, at Easter and during the second half of September. According to historical records, the first festival has been held in the 14th century. It was always accompanied by large-scale fairs. Like many centuries ago, main events of the festival are fairs, where you can buy incredibly beautiful ceramics of very high quality. Every year in mid-August the Frankfurt cider … Read more

Dusseldorf
The opening of the festival is known one of the most important moments of the event. The date and time of the opening have stayed the same through centuries - November 11, at 11 hours and 11 minutes. For several days the life of the city changes dramatically. All shops and government offices close, office workers and strict bosses change their business suits for fancy dresses and go for a walk on the streets of the city. During the carnival visitors can see their favorite fairy tale characters … Read more

Dresden
Elbhangfest holiday is no less interesting. It is celebrated annually on the last weekend of June. On the day of the holiday numerous funny activities take place in Dresden. Here you will see theatrical premieres, music concerts, dance performances and art exhibitions. Many call Elbhangfest the festival of art, and for some people this is just one more reason to have fun. It should be noted that the entrance to many cultural events is absolutely free on the day of the festival, so tourists have … Read more

Stuttgart
In contrast to the crowded Munich festival, quite calm and measured atmosphere reigns in Stuttgart. The story of the bright national holiday is very interesting; it was first held in 1818. The holiday was timed to the opening of the Hohenheim University and has been celebrated annually. Originally celebrations lasted for only one day. Locals enjoyed their favorite treats and beer and organized interesting events and fairs. Over the years, the festival's program expanded. In the early 20th … Read more