Sightseeing in Dresden - what to see. Complete travel guide 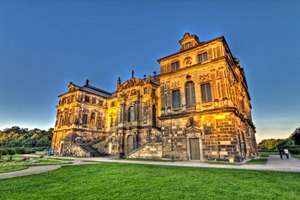 Without a doubt, Dresden is one of the most beautiful European cities. Of course, it's hard to compare it with such metropolises as New-York or Beijing with their skyscrapers and crowded streets, but this city on the Elba doesn't need all that – it has other and not less interesting attractions. That is one of the reasons why there are always a lot of tourists in Dresden. Dresden is such a fantastic city, that even after living there for a long time, you can't stop admiring its beauty.
Advices to travellers: what you should know while being in Dresden
1. Flowers and souvenirs are a good choice for presents to local people. By the way, it’s absolutely normal to give flowers to men. Wine is another wonderful gift. However, other …

Open
The Zwinger Palace. Augustusbrücke Bridge features a truly wonderful panoramic view of the historical buildings and the ancient part of the city. This view inspired Bellotto to create many marvellous paintings that are now kept in Dresden Art Gallery in the Zwinger Palace. The large collection of the world-famous gallery also contains works of Dutch painters and numerous masterpieces by Italian and Spanish artists. This is the place, where the famous Sistine Madonna by Rafael is exhibited. Besides the art gallery, the Zwinger Palace is also the location of the Armoury Museum, the Physico-mathematical salon and a great collection of chinaware, which consists of ancient Japanese and Chinese vases and tea-sets, and Meissen porcelain. The building of the Zwinger Palace started in 1709 and ended only in 1855. The front side of the palace, which once used to be the residence of Saxon Electors, is nowadays completely restored. However, its inner premises and the rear side are still being renovated. You can see these renovation works from the Hausmann tower that features a fantastic panoramic view. The tower also houses an impressive exposition dedicated to Dresden of 1944-45. Here visitors can see old photos that show the destruction of the city after the bombing that claimed the lives of 35 000 people. The modern part of the palace is the location of the exhibition devoted to the famous collection of jewelry by Grünes Gewölbe.
The Hofkirche. Catholic Church Hofkirche is situated not far from the Zwinger Palace. The tower of the church is well seen even from a large distance. Outside the church makes an impression of a dark and gloomy building, but inside it's full of light. The famous &#39Furstenzung' picture connects the Palace and the Johanneum, the building, where the Dresden Transport Museum is located. The 100-meter wall was painted in the sgraphito technique. In the beginning of the 20th century the painting was exchanged for 23 921 slabs from Meissen porcelain. The large painting depicts the dynasty of Vetting’s, the Saxon rulers. Copyright www.orangesmile.com
Extraordinary weekend in Dresden - unusual places, services and attractions for travel gourmet
Dresden is a very popular European destination, known for its numerous historic places of interest, so there’s no wonder why the city is very popular with fans of excursions. However, …