Sightseeing in Dortmund - what to see. Complete travel guide 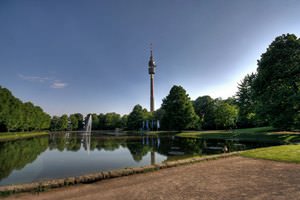 Dortmund is one of the largest cities of Germany. First mentions of it are referred to the 9th century. At that time the city was called Trotmani and that was a large trading center. In the 17th century Dortmund seriously suffered from the Thirteen Years’ War, but it recovered quickly and started playing leading positions in economic and political life of the country.
Authentic traditions, festivals and lifestyle of Dortmund inhabitants
The best way to get acquainted with cultural life of the local people is to visit one of numerous festivals. Rich choice of celebrations, festivals and exhibitions can be easily found in …

Open
The city with its amazing history was traditionally attracting travellers. There are still many interesting monuments and ancient buildings here. In Dortmund you will also find large number of entertainment centers and comfortable hotel complexes. Old part of the city is the most interesting one as here you can walk on quarters built in 18-19 centuries, see ancient churches and cathedrals, have rest on one of the picturesque squares or try best dishes made by local chiefs.
Large number of buildings, which have survived until out time, have religious meaning. These are St. Ewald Church, Petrikirche and Reinoldikirche, which are considered the most beautiful old buildings in Dortmund. Tourists traditionally enjoy attending excursions to coke plant “Ganza” and Zollern mining. Today these industrial complexes, which have made Dortmund famous and have brought it to highest economic figures, are fully turned into museums. Copyright www.orangesmile.com
Excursion over cultural sights of Dortmund - 'must visit' points of interest
Without a doubt, Dellwig House is one of the most interesting architectural sights of Dortmund. This beautiful castle on water was built in the beginning of the 13th century. At that time it …

Open
When it comes to describing peculiarities of Dortmund, we should definitely mention quite an unusual form of transport – large two-floor omnibuses that ride the streets of the city. The ride on such omnibus will bring you many positive memories and will allow enjoying the splendor of the city’s landscapes. There are several museums in Dortmund and each one of them keeps priceless historical collections. You should definitely visit Industrial Museums, walk in Old Market and attend Brewing Museum where you will find out much interesting about the traditional foamy drink. 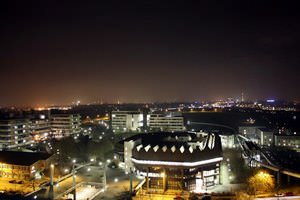 A striking architectural monument of the late 19th century is the town hall. It is a spectacular five-storey building constructed in the best traditions of the Neo-Renaissance style. The very first town hall was built on this place more than 600 years ago. Over the years, it came to complete desolation and was partially destroyed. In the second half of the 19th century when it was decided to build a new town hall in its place, the surviving fragments of the old building were used in the works. During the Second World War, the construction was badly damaged, but was quickly restored by the efforts of local artisans.
Your active city break in Dortmund. Attractions, recreation and entertainment - best places to spend your day and night here
Casino Hohensyburg is widely recognized as the most famous entertainment center of Dortmund. This is also the largest casino in the country. The three floors of this lovely historic building …

Open
Some elements of medieval fortifications are preserved in the city, among which the Eagle Tower is an excellent example. It was built in the 13th century and was part of the fortification complex. Until recently the tower was in a ruined condition. It was restored only recently, in 1992. During the work, the specialists used historical sketches, so the tower was restored in accordance with the original. Now in the walls of the tower, there is an interesting museum which houses a collection of ancient weapons and archaeological finds. 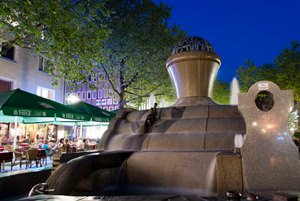 A very interesting and popular cultural institution is the Dortmunder U. It is located in a unique historical building, which used to be the largest brewery in the city. At the time of construction in 1926, this building was the highest in the city. The factory remained operational until 1994. Now the beautiful and large building is used to hold art exhibitions and other interesting events dedicated to contemporary art and design.
Advices to travellers: what you should know while being in Dortmund
1. Travelers who plan to use public transport should consider that it is cheaper to purchase tickets a few days beforehand. They can also purchase a pass that is valid for all types of …

Open
Fans of unusual attractions will be interested to visit the “city radio and television tower Florianturm”. Its height is 211 meters. At the top of the tower is a popular restaurant, which is considered to be one of the most romantic in the city. A chic view of the city opens from its hall. If you do not want to visit the expensive restaurant, you can go up to the observation deck. It is on one of the last floors of the tower. 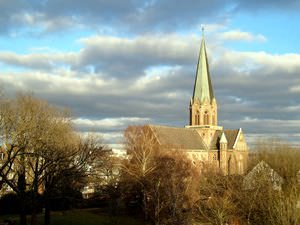 In Dortmund, there is a beautiful botanical garden which is one of the largest in the world. Its area is 65 hectares. The garden was founded in the early 19th century and today presents visitors with a huge collection of exotic plants. In total, there are about 4,500 species of plants and flowers on its territory.

This guide to iconic landmarks and sights of Dortmund is protected by the copyright law. You can re-publish this content with mandatory attribution: direct and active hyperlink to www.orangesmile.com.
Dortmund - guide chapters 1 2 3 4 5 6 7 8 9

Shopping streets in Dortmund
♥   Shopping area ' Westenhellweg' Dortmund, 0.5 km from the center. On the map

Survived castles around Dortmund
♥   Castle 'Schloss Bladenhorst' , 14.4 km from the center. On the map

National and city parks around Dortmund
♥   National Park 'Sallandse Heuvelrug' , 117.5 km from the center. On the map

Sights around Dortmund from our guide 'Extreme places on Earth'

Distance from Dortmund center - 52.9 km.
The length of the staircase is 220 meters. It is open day and night. Admission is free. The original attraction in Duisburg was opened in 2011 and became instantly known worldwide and popular with lovers of unusual entertainments. 'Tiger and Turtle' staircase is located in the picturesque Angerpark. One of the most important secrets of the ladder is the traditional roller coaster dead loop, which is much easier to pass through than it might seem at first glance. … Read further

Search touristic sites on the map of Dortmund

Sightseeing in regions nearby Dortmund

Bochum
One more widely known cultural center is called “Century Hall”. Here annually takes place a popular festival Ruhr Triennale devoted to the modern art. The building was finished in 1092. However, regardless of its old history, it looks modern and very impressive. The large spaces of this hall are often used as a place to conduct concerts and sports competitions. The ... Open »
Gelsenkirchen
Earlier Gelsenkirchen was an industrial center of Germany because of a rapid development of coal industry. However, after World War II all plants were destroyed and the city dived into severe unemployment. Later old plants of Gelsenkirchen turned into concert halls and ice palaces; old railroad was turned into roads for bicyclists. Today in Germany as well as in other ... Open »
Essen
Essen starts its history in 800 AD, from the moment of the foundation of Verdun Abbey. It was the abbey which gave birth to this city. Essen is widely known for its exhibitions that are almost continuously conducted in a modern exhibition center. Besides this Essen is the location of central offices of a large number of well-known companies. However, Essen is certainly ... Open »
Wuppertal
According to the data of 2000, the population of Wuppertal estimates 369 thousand of people. Wuppertal is known as a large center of textile, chemical, machine building and pharmaceutical industry. This is also a large transportation crossing, an industrial and a trading center of Ruhr. Architectural style of this city does not have traditional traits of gothic and baroque ... Open »
Oberhausen
This is a large industrial city located in the western part of the country. Oberhausen got its modern name in 1847 and in 1929 its territory was greatly expanded by merging the neighboring villages. Just like any old town, Oberhausen carefully cherishes its historical and architectural monuments, and so visitors attend the sights of the city with curiosity and admiration. ... Open »
Ratingen
The city regularly hosts numerous festivals. In Ratingen are located several theaters and a concert hall, so any visitor will easily choose a cultural program to fit one’s taste. Don’t forget to pay particular attention to rich choice of parks, the most popular of which are Grüne See, Volkardey and Silbersee. These are true areas of wild nature covered in the atmosphere ... Open »

All about Dortmund, Germany - sightseeings, attractions, touristic spots, architecture, history, culture and cuisine. Prepare your trip together with OrangeSmile.com - find out the 'must see' things in Dortmund, which places to visit, which excursions to take, where the breathtaking views are waiting for you. Planning your trip with this travel guide will help your to get the most out of Dortmund in few days.