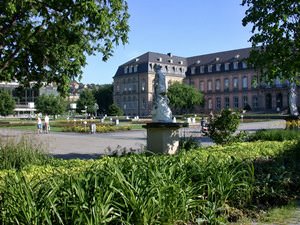 Many travelers associate Stuttgart with high quality beer; every year the city hosts a grand celebration, the Stuttgart Beer Festival. The Beer Festival is held at the end of September and lasts for two weeks; it is comparable with those arranged in Munich. Every year, the holiday is visited by over three million foreign visitors; however, it won’t be difficult to find a suitable place for beer tasting.
Cultural vacation in Stuttgart - fantastic architecture and monuments
New Palace, Mercedes-Benz Museum, Linden Museum, State Gallery of Stuttgart, Stuttgart main station, Church of St. Nicholas, as well as many others, they all become the world's cultural heritage objects and remain as iconic monuments for Stuttgart …

Open
In contrast to the crowded Munich festival, quite calm and measured atmosphere reigns in Stuttgart. The story of the bright national holiday is very interesting; it was first held in 1818. The holiday was timed to the opening of the Hohenheim University and has been celebrated annually. Originally celebrations lasted for only one day. Locals enjoyed their favorite treats and beer and organized interesting events and fairs.
Over the years, the festival's program expanded. In the early 20th century, the celebration was held for 3 days; in 1920, it has taken 5 days. Since 1860, beer has been the main symbol of the holiday; during the festival, it just flows like water. Since 1972, the festival has been celebrated not less than 14 days; in addition to tasting beer, it provides a lot of interesting entertainment options. Copyright www.orangesmile.com
Guide to Stuttgart sightseeing - things to see and to visit
Nowadays Stuttgart has the right to claim the title of "the world’s car capital". Even people, who are not interested in the automotive industry, will correctly link the name of the …

Open
Seven huge tents are set in the city, but holidaymakers also have an opportunity to go to one of the local pubs, restaurants or bars. Those who are indifferent to beer would like the festival too, because it has a very diverse entertainment program. Fun rides, concerts, colorful fairs and street performances, tasting of gourmet treats and cooking classes, exciting tours and sporting events - these are just a small part of activities that are included in the festival program. 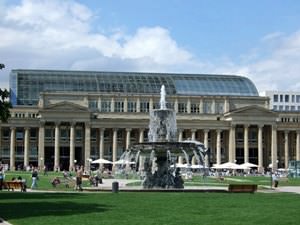 Music fans will be interested to visit Stuttgart in the first half of July, when the city hosts the brightest musical event, Jazz Open Stuttgart. Lots of famous performers take part in the festival; enchanting open-air concerts are its main feature.

This guide to traditions and festivals in Stuttgart is protected by the copyright law. You can re-publish this content with mandatory attribution: direct and active hyperlink to www.orangesmile.com.
Stuttgart - guide chapters 1 2 3 4 5 6 7 8

Cathedrals and basilicas near Stuttgart
♥   Domkirche St. Eberhard, Stuttgart, 0.5 km from the center. On the map

Survived castles around Stuttgart
♥   Castle 'Rosenstein Castle' , 3.5 km from the center. On the map

Unique landmarks in Stuttgart and around 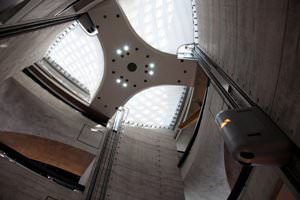 Distance from Stuttgart center - 4.3 km.
The museum is also designed in a futuristic style, so it is no wonder that you can see the pills-like, flashy-blown-up elevator cabins in it. The neo-storey museum building is spiral-shaped. Traditionally, all the excursions through the museum begin with the lift, as the first exposition of the museum is presented on the last floor. The futuristic elevators still have an interesting secret - their ride is accompanied by the sound of the booming racing car. … Read further 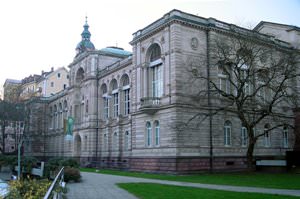 Distance from Stuttgart center - 68.6 km.
Modern Baden-Baden will also surprise its guests with a unique historical bath complex. In 1869, at the initiative of the Duke of Frederick I, beautiful public baths were built in the city, which became a tribute to the traditions of the past centuries. Once upon a time in the territory of the modern city there were ancient Roman baths, bathing in which was the best way to restore physical and emotional health. The historical baths of Friedrichsbad are characterized by an incredibly beautiful design. Rare species of marble and wood were used for their decoration. … Read further 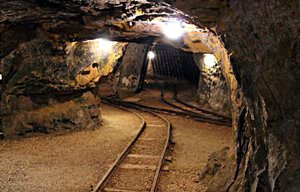 Distance from Stuttgart center - 67.9 km.
Travelers who prefer walking through the deserted dark subterrenes have to go to the German town of Aalen. Here is the deserted iron ore mine, which is currently available for a visit. Production of iron ore in this field has begun in 1635; during hundreds of years the network of underground labyrinths has being risen to enormous scale. Today, its total length is about 6 kilometers. … Read further 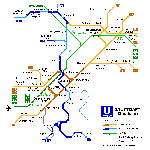 Colors of Stuttgart in photos

Traditions and festivals in cities around Stuttgart

Karlsruhe
Karlsruhe is a beautiful city with rich history and cultural traditions. Travelers, who manage to visit the city during the days of one of the national holidays, have an opportunity to get acquainted with traditions and customs of local people. One of the most popular and fascinating national holidays is held in the beginning of September. This is the famous Bierboerse beer ... Open »
Baden-Baden
For many travellers from different countries of the world Baden-Baden is closely associated with healing springs, luxurious casinos and horse races that take place at the internationally famous hippodrome Iffezheim. The massive horse races, which attract many travelers from different parts of the world, are without a doubt the most significant event in the life of the city. The ... Open »
Ulm
It was carrying a twig for a nest in its beak, and the twig was parallel to the ground. Builders were delighted with such a simple and ingenious solution of the problem; they easily carried timber through the gate and decided to thank the wise bird. The small stone figure of a sparrow was mounted on the roof of the Cathedral in the Middle Ages. The miniature figurine is ... Open »
Mannheim
In the spring, the city holds an annual Time Warp festival dedicated to the innovations of modern technology. Mannheim is the birthplace of many famous inventors who glorified these places in the late middle ages. Today, one of the city's museums tells tourists about their achievements. Every year, representatives of the techno industry from all over the world visit the city ... Open »
Konstanz
Festival main event is huge sea fireworks. It's the biggest fireworks in Europe with hundreds of missiles light up the sky attracting thousands of rapturous spectators. In addition to performances of street actors, musicians and circus artists, in the festival program are included exciting water entertainments. Athletes demonstrate tricks on water ski and bikes; various ... Open »
Wurzburg
The history of the city numbers more than two thousand years. During this time traditions and culture of the local people have changed a lot and many new customs have appeared. Today Würzburg is primarily known as a successful wine region, as well as a major center of musical culture. During year more than 300 concerts of classical music take place in Würzburg. Musicians from ... Open »

Cityguide on traditions, mentality and lifestyle of people in Stuttgart. Learn the best periods to visit Stuttgart to discover its soul - authentic festivals, events and celebrations. We will also reveal the interesting habits, attitude towards the world and to tourists in Stuttgart.