Sightseeing in Ratingen - what to see. Complete travel guide 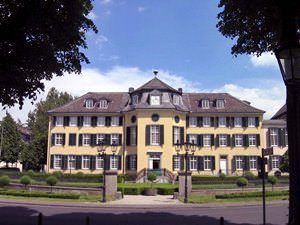 First settlements on the territory of the modern Ratingen appeared three thousand years ago. At first here were located the settlements of the ancient Romans, later Franks and Saxons paid their attention to Ratingen. During the Middle Ages the city was used as a fortress, and in the late 18th century it began developing as a large industrial district. Such rich history could not have failed to be reflected in the architectural heritage of the city.
In this city you can see the pagan temple Stinkesberg and the monastery Minoritenkloster simply side by side. Both buildings are witnesses of two different eras. Among the old buildings we should also highlight Haus zum Haus Castle and Alten Steinhaus Fortress. Ratingen is certainly rich in museums and exhibition centers. You should definitely visit the local gallery and enjoy the art collections represented in Papiermühlenweg Museum.
The city regularly hosts numerous festivals. In Ratingen are located several theaters and a concert hall, so any visitor will easily choose a cultural program to fit one’s taste. Don’t forget to pay particular attention to rich choice of parks, the most popular of which are Grüne See, Volkardey and Silbersee. These are true areas of wild nature covered in the atmosphere of romance and mystery. Majestic cliffs, clear lakes and thick forests – this is a great place for family holiday. Small visitors will also find some entertainments here. Children can ride ponies, try out new rides or ride on small machines. Copyright www.orangesmile.com
Travellers, who prefer active rest, have an opportunity to visit one of new clubs. The choice of clubs here is quite large, so visitors can choose from surfing and archery to aristocratic golf and chess. You will also find numerous open air markets and shops in this city. The choice of products in these markets is very diverse. 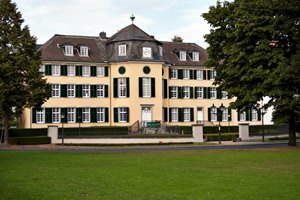 The starting point of many tour programs is the Market Square. One can see many beautiful old buildings of different epochs next to the Square. One of the oldest houses is Marktplatz, built in the late 13th century. Many historical buildings are given up to national restaurants and shops at present. Nearby, is a beautiful Saints Peter and Paul church. Its foundation was laid back in the 8th century. For hundreds of years of its existence, the church has been rebuilt many times. Nowadays, its unique appearance is formed by standard features of an Early Gothic manner. This church is notable for its unique design and ancient artifacts that are kept in its walls.
One of the main cultural centers is the City Museum of Ratingen, whose exposition is divided into several thematic zones. One of them is devoted to ancient dolls and children's toys. The age of some exhibits is more than 300 years. The museum has a rich collection of porcelain, based on the works of Johann Peter Melchior. They were created in the 18th century. They often hold excellent modern exhibitions devoted to various fields of art. 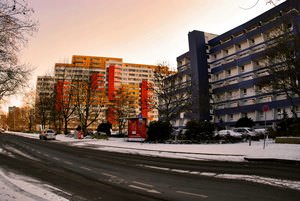 A trip to the Rhine Museum of Industry of Cromford promises to be exciting. It occupies an old industrial building, where the very first textile factory in Europe was opened. Visitors to the museum are told about processing of cotton hundreds of years ago. Many old machines stored in the museum are now in good working order.
Lovers of walks to historical places will be pleased to see the castle of Linnep. It takes the name of its former owners. The Linnep family lived in the castle in the middle of the 15th century. The exact date of its construction is unknown. The first written mention dates back to the 11th century. Despite the impressive age, the building managed to preserve a lot of old elements. The oldest part of the castle is its central tower, created in Romanesque style. It was built in the 12th century. Almost the entire territory of the castle is accessible by guided tour. Since 1855, the castle is privately owned by the von Spee family, under whose guidance a new large-scale wing was built in the 19th century.
This guide to iconic landmarks and sights of Ratingen is protected by the copyright law. You can re-publish this content with mandatory attribution: direct and active hyperlink to www.orangesmile.com.

City tours, excursions and tickets in Ratingen and surroundings

Shopping streets in Ratingen
♥   Shopping area ' Schadowstraße' Düsseldorf, 9.4 km from the center. On the map

Survived castles around Ratingen
♥   Castle 'Schloss Burg near Solingen' , 27.8 km from the center. On the map

National and city parks around Ratingen
♥   National Park 'De Meinweg' , 55.6 km from the center. On the map

Art galleries in Ratingen and around
♥   Art museum 'museum Kunst Palast' Düsseldorf, 9 km from the center. On the map

♥   Art museum 'Kunstsammlung Nordrhein-Westfalen' Düsseldorf, 9.5 km from the center. On the map

Sights around Ratingen from our guide 'Extreme places on Earth'

Distance from Ratingen center - 64.6 km.
As a general rule, cherries blossom in mid-April. That largely depends on the weather conditions. Travellers who are lucky enough to visit Bonn in that precious time have an opportunity to take pictures of the beautiful historic buildings in cherry blossom and stroll through the most romantic live tunnel in the world. There are numerous historical sights on Heerstrasse. Popular shops and restaurants are situated there, so guests could stay in this picturesque place for a few hours. It's also worth noting that the street is very popular among photographers. … Read further

Distance from Ratingen center - 41 km.
During the reconstruction of the basement there were found ruins of the ancient Roman buildings. Today all rebuilt elements of the historical buildings are open for everyone. Another peculiarity of the Kolner Rathaus is the musical instrument that makes wonderful melodies with the toll. It has appeared in the town hall in 1958. This construction has 45 bronze bells. A lot of people come to listen to the sound of them.  … Read further

Distance from Ratingen center - 40.6 km.
The well-known architect Gerhard has worked at the Domprojekt. As the legend tells, the devil helped him. This was the only way to explain the construction of such a grand architectural project. Every day, more than 20,000 people visit the Cologne Cathedral, which is to be graced by its magnificent interiors and the golden sarcophagus with its main sanctuary. The latter is a real masterpiece of jeweler art. For the decoration of the sarcophagus thousands of precious stones were used. In the cathedral there are also other sanctuaries - the Gerokreuz and the Milan Madonna, a unique statue from the 13th century. All those who are interested can climb up the Domgipfel and enjoy the panorama of Cologne, for which only 509 steps have to be overcome. … Read further

Search touristic sites on the map of Ratingen

Sightseeing in regions nearby Ratingen

Dusseldorf
Dusseldorf is the richest city of Germany and a large business and commercial center of the country. The streets of the city are full with skyscrapers, office centers and banks. The left bank of the Rheine River is considered a modern part of the city and the right bank is a historical center of Dusseldorf. Either old part of the city or the new one has numerous places of ... Open »
Duisburg
Duisburg is one of large European port cities and a former important industrial center. Nowadays the industrial zone of Duisburg is turned into a spacious park that has quickly become a favorite place of rest among locals and tourists. The city has many surprises and interesting events for its visitors; each year new entertainment centers, attraction parks, and hotels are ... Open »
Oberhausen
This is a large industrial city located in the western part of the country. Oberhausen got its modern name in 1847 and in 1929 its territory was greatly expanded by merging the neighboring villages. Just like any old town, Oberhausen carefully cherishes its historical and architectural monuments, and so visitors attend the sights of the city with curiosity and admiration. ... Open »
Essen
Essen starts its history in 800 AD, from the moment of the foundation of Verdun Abbey. It was the abbey which gave birth to this city. Essen is widely known for its exhibitions that are almost continuously conducted in a modern exhibition center. Besides this Essen is the location of central offices of a large number of well-known companies. However, Essen is certainly ... Open »
Langenfeld
Langenfeld attracts tourists by its unique landscapes and amazing suburbs. The valley, in which the town is located, features numerous small villages that come one after another. These are Oberlangenfeld, Runhof, Astlen, Gotsgut, Winkle, Huben, Brugen, Grice, Ashbah and others. Starting from 2004 Langenfeld has become the first thermal region of Tirol. Actually, the first ... Open »
Gelsenkirchen
Earlier Gelsenkirchen was an industrial center of Germany because of a rapid development of coal industry. However, after World War II all plants were destroyed and the city dived into severe unemployment. Later old plants of Gelsenkirchen turned into concert halls and ice palaces; old railroad was turned into roads for bicyclists. Today in Germany as well as in other ... Open »

All about Ratingen, Germany - sightseeings, attractions, touristic spots, architecture, history, culture and cuisine. Prepare your trip together with OrangeSmile.com - find out the 'must see' things in Ratingen, which places to visit, which excursions to take, where the breathtaking views are waiting for you. Planning your trip with this travel guide will help your to get the most out of Ratingen in few days.