Hotel search in Frankfurt am Main

Sightseeing in Frankfurt am Main - what to see. Complete travel guide 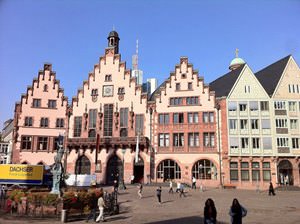 Frankfurt can be truly called one of most stylish and modern cities of the country. Numerous conferences, exhibitions, seminars and fairs take place here every year. Frankfurt has become the economic capital of Germany long time ago. However, this is still a city, which is rich in history, so Frankfurt carefully cherishes the memory of past centuries. In this city you will see unique constructions, museums and exhibitions.
Your active city break in Frankfurt am Main. Attractions, recreation and entertainment - best places to spend your day and night here
In addition to the exciting cultural program, Frankfurt is ready to offer tourists ample opportunities for active recreation. The city is famous for its magnificent gardens and parks. …

Open
St. Bartholomaeus Dom Cathedral is one of the most notable landmarks of this place. The cathedral was built in the 14th - 15th centuries instead of a small wooden church. In 1867 the shrine was damaged badly by fire. However, the cathedral has been rebuilt and today this is a wonderful example of Gothic architecture.
Messeturm Fairs Tower is, probably, the most notable modern architectural creation. This is a magnificent skyscraper built in 1997. The tower's height estimates 257 meters. Its 63 floors are occupied by offices, banks and restaurants. Copyright www.orangesmile.com
Advices to travellers: what you should know while being in Frankfurt am Main
1. Frankfurt has a rather mild climate; fans of excursions and walks in the fresh air would find comfortable to relax there at any time of the year. The coldest month of the year is …

Open
The local botanical park named Palmengarten Park is surely one of the most beautiful places in Frankfurt. Opened in 1871, this park is considered the champion of Germany in terms of size and number of plants species. Church of St. Paul is another prominent religious landmark. This is not only a valuable cultural place of interest, but also a place that has witnessed important events in the history of Germany. In this church has held the first meeting of the first parliament of the country. This event happened in 1848. Art lovers should definitely make a trip to Museum of Goethe. The house of the great artist still exhibits original furnishings and the atmosphere of those days. Just like any other major metropolis, Frankfurt features a huge choice of entertainments - restaurants, cinemas, amusement parks, discos, as well as countless shops and boutiques. 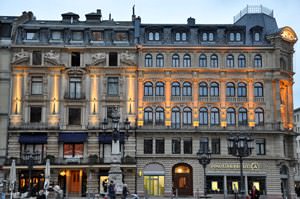 A very entertaining Money Museum operates in the city. Its opening took place in 1999. The museum was established in the German Federal Bank. Its collection began to be formed in the middle of the 19th century. Then the Reichsbank started collecting banknotes. They are now presented in the museum. The museum features a total of 350000 coins and banknotes. Very ancient banknotes relating to the times of the Roman Empire are among them.
Top touristic routes around Frankfurt am Main: architectural sightseeing and landmarks
Discovering the architecture of Frankfurt am Main from bird's eye view! Europaturm, Paulskirche, Maintower, Messeturm, Hauptbahnhof Frankfurt, all those monuments are defining the image of Frankfurt am Main …

Open
Old Opera Concert Hall is popular with lovers of classical music. It owes its name to the fact that it was opened in the old Opera House building. The historic facility was erected in the second half of the 19th century. During the Second World War, the theater was almost completely destroyed. It had been restored by 1981only. A large and very beautiful concert hall, which can accommodate 2500 spectators was equipped there. 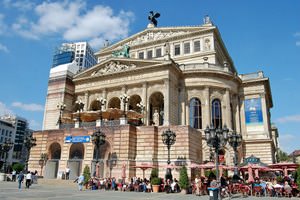 The Museum of Icons occupies one of the beautiful historic buildings today. Its founder was a famous German physician Schmidt-Voigt. He'd traveled to many places throughout his life and got a collection of Orthodox artifacts. Some of them have been brought even from African states. Eventually, the doctor presented his unique collection to the city. The opening of the museum took place in the building of the old monastery, which once belonged to the Teutonic Order.
Cuisine of Frankfurt am Main for gourmet with top restaurants and cafe
There is a number of interesting dishes that travelers can enjoy exclusively in Frankfurt. The most popular treats for fans of beer are famous Frankfurter sausages, they are offered in …

Open
The Church of St. Justin is now officially considered one of the oldest churches in Germany. It was built in the 9th century. Presently, the church is remarkable not only for its unique architecture but for the diversity of its religious values. An old garden remained near the church. Medicinal plants have been grown there for hundreds of years. 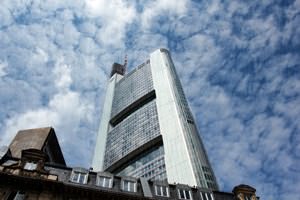 The old Echenheim Tower is a prominent monument from the Middle Ages. It was built in the 15th century and used to be part of a great defensive complex. The city was surrounded by a solid wall at that time. There were 60 towers around the perimeter. Only a few of them have survived to this day. The Eschenheim Tower is a vivid example of the Gothic style. Today, a famous national restaurant and a mini-hotel are situated in the old tower.

This guide to iconic landmarks and sights of Frankfurt am Main is protected by the copyright law. You can re-publish this content with mandatory attribution: direct and active hyperlink to www.orangesmile.com.
Frankfurt am Main - guide chapters 1 2 3 4 5 6 7

Survived castles around Frankfurt am Main
♥   Castle 'Kransberg Castle' , 26.7 km from the center. On the map

National and city parks around Frankfurt am Main
♥   National Park 'Kellerwald-Edersee' , 116 km from the center. On the map

Art galleries in Frankfurt am Main and around
♥   Art museum 'Museum für Moderne Kunst' Frankfurt, 0.1 km from the center. On the map

♥   Art museum 'Liebieghaus' Frankfurt, 1.4 km from the center. On the map

♥   Art museum 'Museum Giersch' Frankfurt, 1.5 km from the center. On the map

Distance from Frankfurt am Main center - 60.5 km.
The castle owes much of its current impeccable appearance and status as an important cultural center to the opera singer Hermann Hecher. The old castle was reconstructed and turned into a real cultural treasure under his leadership in 1975. Its visitors can see a lot of valuable historical and artistic exhibits today. This managed to completely recreate the setting of the old kitchen in the castle in 2006. A collection of old kitchen utensils is kept in it today. Not only daytime but also very exciting night excursions are held for tourists in the castle of Reinstein. A wonderful cafe opened on the territory of the castle not so long ago. … Read further

Distance from Frankfurt am Main center - 41 km.
The park has been divided into several thematic zones. In addition to the unique railroad, one can see models of famous natural and historical regions of the world. Of special interest are the residential quarters of Hamburg designed in the park, which many experienced tourists come to admire with the onset of darkness. In the evening, lights are lit in tiny windows of houses, which makes the model even more realistic. Ruins of ancient castles, models of busy markets, famous religious sites and educational institutions - you can see models of objects of very different specificities in the park of Wunderland. … Read further 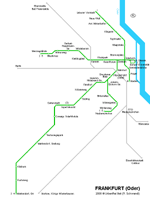 Search touristic sites on the map of Frankfurt am Main

Sightseeing in regions nearby Frankfurt am Main

Offenbach
It’s an unusual and beautiful town situated on the bank of the River Main. This is one of the greenest towns of the country as its southern part is completely occupied by forests. First mentions of Offenbach appeared in 977; at that time it was a small region, which was considered a suburban area of Frankfurt. The magnates of Frankfurt built their mansions and villas here. ... Open »
Darmstadt
Darmstadt is a city in Germany that is located on the south of Hessen. The year of the city’s foundation is not clearly known, but many written documents mention this city already in XII century. Darmstadt is a city that was a very popular destination for technical education yet 150 years ago. Thanks to persistence and resourcefulness of the local scientists it has become ... Open »
Mainz
Germany is internationally famous for its old towns with ancient traditions. Mainz, the capital of Rhineland-Palatinate, is one of these cities. Rhineland-Palatinate is a Federal Land near Frankfurt-am-Main. Mainz is the eternal city of universities, broadcasters, bishops, and grandiose cathedrals. It is well developed as an industrial center as well. In Mainz were printed ... Open »
Mannheim
Mannheim is a German city that is the second largest in the Baden-Württemberg province. This place is located near the confluence of the two rivers - Neckar and Rhine. Mannheim received the official status of the city in 1607. Approximately at that time was built its historic center in the shape of a horseshoe. In Mannheim all buildings of rectangular or square shapes are ... Open »
Heidelberg
Heidelberg is one of the oldest cities in Germany. It is also famous as the place where archaeologists discovered the Heidelberg Man, the eldest archaic human in Europe. This finding makes it possible to assume that Europe started growing and developing from this region. In modern days, numerous tourists visit Heidelberg in order to see old castles and fortresses. Opposite to ... Open »
Koblenz
The city is founded at the point of merging Rhine and Mosel Rivers. Once Koblenz has been used as a protective facility by a famous commander Germanicus; later the Romans built there watching towers and a fort. One of walls of that fort has survived till our days and nowadays this is one of the most important sights of the city. One of the symbolical places in the city is ... Open »

All about Frankfurt am Main, Germany - sightseeings, attractions, touristic spots, architecture, history, culture and cuisine. Prepare your trip together with OrangeSmile.com - find out the 'must see' things in Frankfurt am Main, which places to visit, which excursions to take, where the breathtaking views are waiting for you. Planning your trip with this travel guide will help your to get the most out of Frankfurt am Main in few days.