Sightseeing in Lemgo - what to see. Complete travel guide 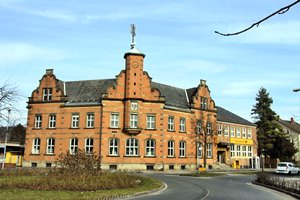 Lemgo is an ancient German city located in Northern Rhine – Westphalia, approximately 15 kilometers east from Teutonic Forest. Lemgo is a part of Detmold administrative district and Lippe region. The population of this place estimated 41,958 inhabitants in 2006. The total square of the town estimates 100.86 sq. km.
Excursion over cultural sights of Lemgo - 'must visit' points of interest
The main treasure of Lemgo is its unique historic buildings. Many of them were badly damaged during the Second World War, but in the postwar years, most of the urban architecture was …

Open
Lemgo has always been considered a large trading area. The town has been keeping this specialization till our days and today each Wednesday and Saturday large fair trades are organized on the central square.
The central square of this town is also called “Stone Hall”. This is not only the traditional place of meeting for local people, but also the most typical place of all events in Lemgo. During these days the city simply dives into the atmosphere of joy and holiday. For example, on summer you can visit «Sommertreff» festival and other celebrations devoted to absolutely different themes. Copyright www.orangesmile.com
Your active city break in Lemgo. Attractions, recreation and entertainment - best places to spend your day and night here
Lemgo cannot boast of a variety of noisy entertainment centers. The main way to spend leisure time for its guests and locals is walking along the picturesque streets and squares. In the …

Open
Each year a large celebration named “Kleshen” is conducted in Lemgo on the first Thursday of December. On this day start numerous events and celebrations that mostly take place on Regenstorplazt square in the center of the town. This event is widely known outside the town, so it is attended by numerous visitors from other towns. 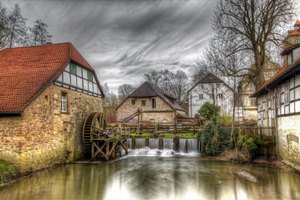 Lemgo is also famous for its achievements in sport. The main sight of the town is a handball team TBV LEMGO that currently occupies the first place in the first league of Germany. Besides this Lemgo has a well-equipped base for training figure skaters and bicyclers.
Advices to travellers: what you should know while being in Lemgo
1. Lemgo is a fairly small town with beautifully preserved historic streets. Walking on foot is the best option for those who want to see all its amazing sights. 2. Many old streets and …

Open
Lemgo is the location of a Fachhochschule Lippe und Höxter educational facility, so there is always much youth on the streets on the town. This makes Lemgo a lively place.

Tourists, who want to know more about the history and culture of the town, are welcome to visit museums, exhibitions, and concerts that often take place here. In this city there is also an independent theatre group Stattgespräch that organizes performances. 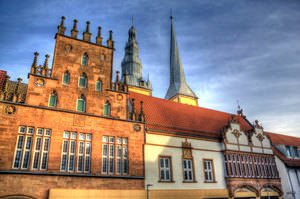 In the historic town, there are many interesting buildings with centuries-old history. The Stadtpalais building was constructed in the 16th century. It housed a school of ballroom dancing, and now the historical building does not cease to amaze with its impressive scale and luxury of decoration. There is a building in the territory of a picturesque park, in which there is a pond and many paths for walking.
Family holidays with kids in Lemgo. How to entertain your child, things to show to children.
North Rhine-Westphalia is rich in beautiful towns, and Lemgo is one of them. Here you can find entertainment for every possible taste. First of all, it is sightseeing (Junkerhaus, Schloss …

Open
The best place to get acquainted with the history of Lemgo will be the City Museum, which is also housed in a distinctive historic building. Among its exhibits, you can see unique works of art, collections of old objects of everyday life; historical documents and other attributes related to the most significant events and periods from the history of the city. The most interesting exhibit is the detailed layout of the old city, all elements of which are hand made from natural wood. 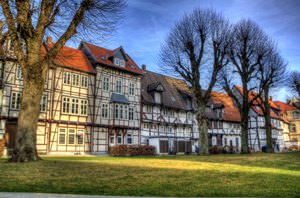 This museum is located in a historic building with a complex name Hexenbürgermeisterhaus, which locals came up with in the 19th century. Once, this building was the home of the mayor Hermann Kottmann. He was the mayor of Lemgo in the late 17th century. This building now stands out in a variety of other rich decoration of the facade, on which there is a skilful carving and interesting sculptures.
Cuisine of Lemgo for gourmet with top restaurants and cafe
Local cuisine is an original mix of Rhenish and Westphalian gastronomic traditions. Traditionally, here they use a lot of seasonal vegetables, prepare very hearty meat dishes and cherish the …

Open
Not far from the museum is the St. Mary’s Church. Its construction began in the middle of the 13th century and was completed only in 1320. After many hundreds of years, it was managed to preserve not only unique external features, but also an old interior decoration. All year round, the church conducts interesting excursions for tourists, and in the warm season, it serves as a venue for classical concerts and other cultural events. 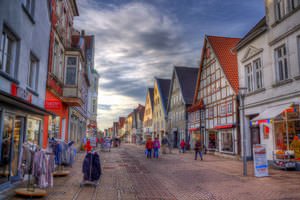 The starting point for many sightseeing programs around Lemgo is the Market Square, around which there are ancient buildings of various periods. Here is the building of the old town hall, which was built in the 14th century. Until the end of the 17th century it was reformed almost continuously. On the first floor of this historic building there is a pharmacy, not all tourists know that it is historical. The very first pharmacy here was opened in the middle of the 17th century. It was the first pharmacy in the territory of the principality.

This guide to iconic landmarks and sights of Lemgo is protected by the copyright law. You can re-publish this content with mandatory attribution: direct and active hyperlink to www.orangesmile.com.
Lemgo - guide chapters 1 2 3 4 5 6 7

Survived castles around Lemgo
♥   Castle 'Erichsburg' , 60.8 km from the center. On the map

National and city parks around Lemgo
♥   National Park 'Kellerwald-Edersee' , 99.6 km from the center. On the map

Sights around Lemgo from our guide 'Extreme places on Earth'

Distance from Lemgo center - 68.1 km.
The immediate erection of the building was preceded by a long and complex process of its modeling. Architects created a model for the construction at a scale of 1: 100, the parameters of which were calculated using advanced software. Thus, the architects were able to accurately calculate the parameters of the future building, which would make it as safe and functional as possible. Today, a strict building with a stainless steel facade is one of the outstanding architectural sights of Hanover. … Read further

Search touristic sites on the map of Lemgo

Sightseeing in regions nearby Lemgo

Bielefeld
This town is widely famous for its unique medical rehabilitation center for people with mental diseases. Around 6,000 people constantly work, study or get medical treatment here. The number of staff of this center exceeds 9,000 people. In Bielefeld you will also find numerous children’s homes, recreation centers and custodial institutions. While talking about Bielefeld, we ... Open »
Paderborn
Charlemagne ordered to build the first fortress in the area of modern Paderborn in 777. Twenty-two years later, Pope Leo III found shelter in this building after an attack of armed men who had injured him. The coronation of Charlemagne as emperor took place during the same period. This was a period of recovery for the Roman Empire. Paderborn became the center of the local ... Open »
Osnabruck
The remains of the fortifying wall tell the history of the city. Other memorable places are the local town hall and a beautiful castle. They were built in the middle of the 17th century, and they cherish the memory of the most significant events in the history Osnabruck. You can also see several old streets in the central part of the town. The streets retain the unique aura of ... Open »
Hannover
Today Hannover is known as an industrial and economic center. This is also the largest exhibition city of Germany. In 2000 here even took place the famous international exhibition Expo. It’s worth mentioning that industrial exhibitions and fair trades often take place in Hannover. The city also has a large international airport and a port. Old part of the city is great for ... Open »
Munster
Speaking of the remarkable and iconic places in the city, it is worth mentioning its historical and architectural importance. Muenster is known as one of the leading German cities relating to the number of historical monuments. Villa Ten Hompel is one of the most unusual museums, which exposition is devoted to the Police. During the excursion you will learn information about ... Open »
Gottingen
The tower is actually a combination of two adjacent towers, the height of which is twenty-one and thirty-one meters. The lower tower is hexagonal and the higher tower is round-shaped with a circular ladder. The official opening of the Bismarck Tower took place during a festive ceremony in June 1896. Nowadays, everyone can visit this historic landmark and see an exhibition ... Open »

All about Lemgo, Germany - sightseeings, attractions, touristic spots, architecture, history, culture and cuisine. Prepare your trip together with OrangeSmile.com - find out the 'must see' things in Lemgo, which places to visit, which excursions to take, where the breathtaking views are waiting for you. Planning your trip with this travel guide will help your to get the most out of Lemgo in few days.