Sightseeing in Langenfeld - what to see. Complete travel guide 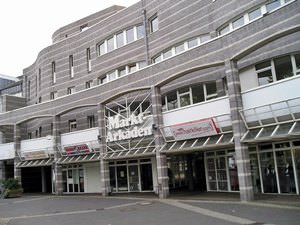 Langenfeld is a town in Germany that belongs to the district of Düsseldorf. This is a famous German resort town that is located 1200 meters above the sea level in the center of Oetztal Valley in Tirol. The name of the city means “long field”. Indeed, Langenfeld is stretched to 20 kilometers.
Cuisine of Langenfeld for gourmet with top restaurants and cafe
Langenfeld will surely impress fans of unusual dishes and new gastronomic discoveries. The regional cuisine is very distinctive and multifaceted. Many dishes that were first cooked several …

Open
Langenfeld attracts tourists by its unique landscapes and amazing suburbs. The valley, in which the town is located, features numerous small villages that come one after another. These are Oberlangenfeld, Runhof, Astlen, Gotsgut, Winkle, Huben, Brugen, Grice, Ashbah and others.
Starting from 2004 Langenfeld has become the first thermal region of Tirol. Actually, the first thermal bath was opened here yet in XVI century. However, without special service and continuous development of underground waters, all springs run dry in 70s of XX century. Copyright www.orangesmile.com
Authentic traditions, festivals and lifestyle of Langenfeld inhabitants
Like many other small towns with a rich history, Langenfeld cherishes its traditions, familiarity with which will make your vacation even more interesting. The city is characterized by a …

Open
Only in 1986 it was decided to continue the development in this area and renewing past glory of the town. During the excavations a new spring was found. The spring begins 3000 meters above the sea level, then it goes deep down through rocks and 1800 meters underground the spring turns into thermal water. The chemical analysis of the water shows it is rich in brimstone. 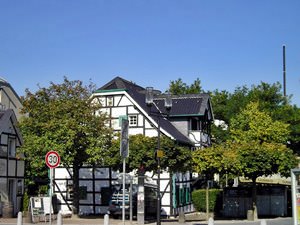 In the city, there is a very interesting historical museum Otztaler Heimat - und Freilichtmuseum. It does not look like museums in the usual sense of the word. The main exhibits of this museum are the old huts, in which people once lived. Now many of them are in a dilapidated state. Other huts built from tree, are completely restored and store collections of interesting exhibits. In this museum you can see items of everyday life which locals used hundreds of years ago, and the preserved consecrated spring.
Excursion over cultural sights of Langenfeld - 'must visit' points of interest
In the city and its surroundings, there are many interesting historic sites. While walking through the city streets, you can admire many beautiful old buildings. In the very heart of the …

Open
One of the main natural attractions of these places is the beautiful waterfall Klettersteig Lehner. It is most interesting to visit it during the spring, when it is gaining full power. This waterfall is located in a very difficult mountainous area. For tourists, there are guided tours accompanied by experienced guides. These picturesque places attract experienced climbers. There are several excellent slopes for the ascent. 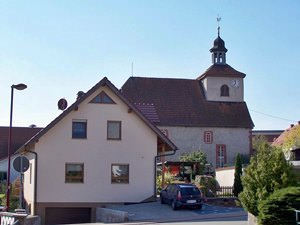 A trip to the Museum Motorradmuseum, which is located in the immediate vicinity of the city, promises to be an unforgettable event. Its main exhibits are cars and motorcycles. In summer, a part of its exposition is presented on a spacious outdoor area. There is a museum in an incredibly beautiful mountainous area. Some areas of its territory offer a beautiful panoramic view of the surrounding area. On the territory of this museum, there is an excellent national restaurant and a bar where you can relax after an excursion.
Your active city break in Langenfeld. Attractions, recreation and entertainment - best places to spend your day and night here
The most attractive entertainment facility for guests of Langenfeld is the thermal complex Aqua Dome. This center located in an incredibly beautiful natural area features first-class modern …

Open
Despite the fact that now Langenfeld is known as a first-class balneological resort, these places are visited by fans of outdoor activities. This town is a recognized center of winter sports. You can ski and sled, visit a first-class ice rink and ski through the forests.

In summer, these places are visited by fans of mountain tourism. They are offered a huge choice of hiking and cycling routes. The most experienced tourists will be able to make an unforgettable horse trip to the most beautiful places of the resort. Quite near the city, are interesting historical districts where you can admire the ruins of ancient castles, visit historical farms, as well as old monasteries, in which the way of life for several hundred years, has not changed.

This guide to iconic landmarks and sights of Langenfeld is protected by the copyright law. You can re-publish this content with mandatory attribution: direct and active hyperlink to www.orangesmile.com.
Langenfeld - guide chapters 1 2 3 4 5 6 7

Survived castles around Langenfeld
♥   Castle 'Schloss Burg near Solingen' , 14.8 km from the center. On the map

♥   Castle 'Augustusburg and Falkenlust Palaces' , 30.3 km from the center. On the map

National and city parks around Langenfeld
♥   National Park 'De Meinweg' , 60.7 km from the center. On the map

Art galleries in Langenfeld and around
♥   Art museum 'Romano-Germanic Museum' Cologne, 17.7 km from the center. On the map

♥   Art museum 'Wallraf-Richartz Museum' Cologne, 18.1 km from the center. On the map

Sights around Langenfeld from our guide 'Extreme places on Earth'

Distance from Langenfeld center - 37.6 km.
The year 1901 is considered the official date of the museum's foundation. It occupied several rooms in the city hall building for the first three years of its existence. The museum moved to the former Protestant school building in 1904. It was located there until 1925. The museum was moved to the Karl-Brandt House in 1926. It stayed there until 1944. This historic building was destroyed during the Second World War. So the museum had to find a new location. It was located in the Oskar-Kühlen-Haus building until 1982. The museum building is an outstanding architectural landmark of Monchengladbach today. … Read further

Distance from Langenfeld center - 34 km.
The length of the staircase is 220 meters. It is open day and night. Admission is free. The original attraction in Duisburg was opened in 2011 and became instantly known worldwide and popular with lovers of unusual entertainments. 'Tiger and Turtle' staircase is located in the picturesque Angerpark. One of the most important secrets of the ladder is the traditional roller coaster dead loop, which is much easier to pass through than it might seem at first glance. … Read further

Search touristic sites on the map of Langenfeld

Sightseeing in regions nearby Langenfeld

Leverkusen
In 2010 a new trading center and a main city’s town hall were opened in the center of Leverkusen. New technologies and achievements of the architecture were used in the building, so it looks truly spectacular. The roof of the town hall resembles a flying soccer of a huge size. It glows at night because the “soccer” is the location of many cafes, bars and boutiques that ... Open »
Cologne
The Altstadt. The Altstadt is the oldest area in Cologne. This is the place, where such world-famous places of interest as Cologne Cathedral, different museums and the House of Cologne 4711 are located. The majority of the area consists of narrow cobbled streets. This is the place, where one can find a lot of traditional restaurants, cafes and breweries. All in all, Cologne is ... Open »
Dusseldorf
The most famous sight is located in the city’s suburbs. This is Neander Valley and a skull of the Neanderthal man has been found here. On the territory of the nature reserve is organized Museum of the Neanderthal man, where visitors can see the most precious findings. Dusseldorf University is, probably, the most unusual and beautiful architectural complex in the city. This ... Open »
Ratingen
In this city you can see the pagan temple Stinkesberg and the monastery Minoritenkloster simply side by side. Both buildings are witnesses of two different eras. Among the old buildings we should also highlight Haus zum Haus Castle and Alten Steinhaus Fortress. Ratingen is certainly rich in museums and exhibition centers. You should definitely visit the local gallery and ... Open »
Wuppertal
Architectural style of this city does not have traditional traits of gothic and baroque influences. Lutheranism has had strong positions here and so this fact is reflected in the city’s architecture as well. After many ancient cities Wuppertal looks minimalistic. Even churches here are not distinguished by their elegant design. However, this doesn’t mean there’s ... Open »
Monchengladbach
The city has also preserved the old Rheydt Castle, which looks great thanks to numerous restorations and reconstructions. Until 1917, the castle was privately owned and later passed into the possession of the state. Today, within the walls of the historic building is a museum displaying a collection of various historical artifacts. The castle often hosts various festivals and ... Open »

All about Langenfeld, Germany - sightseeings, attractions, touristic spots, architecture, history, culture and cuisine. Prepare your trip together with OrangeSmile.com - find out the 'must see' things in Langenfeld, which places to visit, which excursions to take, where the breathtaking views are waiting for you. Planning your trip with this travel guide will help your to get the most out of Langenfeld in few days.