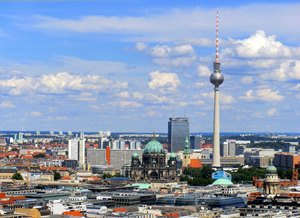 Pedantry is one of the main traits of local residents. You can feel it almost everywhere. A real German will never be late either for a business meeting or for a visit to his beloved friend. Roads here are crossed only in right places; you may even get a little jealous of the skill and self-control of local motorists. However, locals are very open and they are absolutely bad in deceiving or hiding the truth.
Top places to stay in Berlin - most luxurious hotels
Bristol Hotel Kempinski was the first hotel in Germany built after the war. It was finished in 1952. A unique combination of classic and modern style together with excellent service make …

Open
It is believed that southern areas of the city are populated by more sociable and sincere people, while northern region of the city is home to more serious and sober inhabitants. Speaking on the national characteristics of local residents, it is worth noting their craving for holidays and public festivals. Colorful carnivals, festivals and fairs are held literally every month in the capital of Germany. Of course, this fact only pleases travelers. Celebrations are organized because of numerous reasons. Of course, most large-scale trade fairs and celebrations are held on Christmas Eve. Travelers never stop being amazed by the hospitality of the local people, their simple and measured lifestyle, as well as positive attitude towards life and rigor and reliability that come with it.
Beer lovers simply can’t fail to be attracted by the festival called Beer Mile, which is held on the first Saturday of August. All main celebrations take place in Friedrichshain district that prepares for the celebration - beer tents are set along a beautiful avenue. In these tents visitors can try best drinks from breweries from around the world. The first festival was held in 1996. Since this time the festival has become one of the favorite holidays for tourists and locals. Carnival of Cultures is a no less entertaining event. Here local residents demonstrate national costumes, musical and theatrical traditions of the peoples of the world. Here we should note that Berlin is often called "the city of peace" – the local people are very tolerant to different cultures. Fans of theatre art will find much interesting in attending the Dialogue festival that is famous for its vivid performances. Copyright www.orangesmile.com
Old hotels keeping the history of Berlin
The history of Altberlin Berlin dates back to 1874. Until now the magnificent hotel has retained its unique style of Kaiser Wilhelm times. When the main restoration works were finished, the …

Open
The people of Germany know a thing in having fun at parties and various celebrations. Berlin as a multinational capital is famous for its traditions, culture, cuisine and festivals. That is why, if you are planning your trip to Berlin, make sure to prepare yourself for dancing, singing, and tasting delicious traditional meals, and beverages. The German capital has what to offer its tourists and locals every season! So get rid of the idea that you will sit bored in your hotel room. 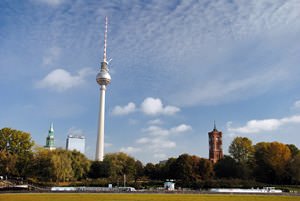 Beer and Germany always belong together. There is no such a person in the world who has never heard about Oktoberfest. Nowadays people worldwide celebrate this festival, while originally it came from Germany. The most exciting and bright celebration takes place in Berlin since 1949. Oktoberfest held annually at the Central Festplatts Square near the Tegel Airport in early October or late September. Here you will find a lot of stalls with snacks, the variety of beer and pinwheel, as well as large party tents. The best parties are on Fridays and Saturdays.
Legends - famous hotels of Berlin
Adlon Kempinski has won international popularity because of its owner, Lorenz Adlon. The hotel has always been in the epicenter of café society life and events. Ever since its grand opening …

Open
When the Oktoberfest comes to the end, the Festival of Lights is ready to substitute it. In the middle of October, the whole city of Berlin turns into the symphony of light. This festival takes place for two weeks. Millions of lamps, thousands of searchlights and hundreds of fires of fireworks change the city beyond recognition. Up to 70 globally-known landmarks of the German capital become an integral part of this light installation: Brandenburg Gate, Aleksanderplatts Square, the facades of the Berlin House and the Berlin Cathedral. Besides light shows there take place various cultural and entertaining actions. The festival comes to the end with a night marathon called “City Light Run” when its participants make a 10-kilometer run in the downtown. 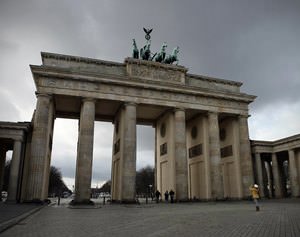 Another amazing event that you must see and attend is called the Carnival of Cultures. Every year in early summer local people and tourists celebrate the cultural diversity of Berlin. On the weekend of Pentecost, over 900 artists and representatives of different cultures go to the streets in their traditional costumes to display their culture and make it visible to all over the world. This festival lasts for 4 days at Blucherplatts Square in the Kreuzberg district. Here you will see and enjoy the performance of stilt-walkers, acrobats and magicians who will invite you to test their own abilities. About 300 market stalls attract visitors with culinary temptations, arts and crafts.

Cathedrals and basilicas near Berlin
♥   Kathedral-Basilika St. Hedwig, Berlin, 0.5 km from the center. On the map

Survived castles around Berlin
♥   Castle 'Bellevue Palace Berlin' , 2.4 km from the center. On the map 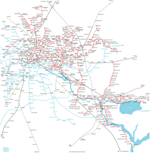 Colors of Berlin in photos

Traditions and festivals in cities around Berlin

Potsdam
After visiting of palaces tourists can walk along big park and look at the secular trees. People who like to walk on foot will like the Babelsberg Park, on its territory there are two age-old palaces. Flatowturm tower is original object, whose height is 46 meters. On its top there is good observation desk, where unbelievable view is available for guests. Near the park it is ... Open »
Cottbus
The tiny German town is known to many for its festivals and holidays. For years, Cottbus has been a permanent venue for the East European Film Festival, which is considered one of the most prestigious in the world. Famous film directors, actors, and producers visit Cottbus every year since 1991 when it was held for the first time. This large-scale festival is equally ... Open »
Dessau
Heavy metal is also widely loved in Kurt Weill's hometown, which is confirmed by the Metalfest held at the end of May and attended by around 27,000 people every year. Among its headliners are the most famous and popular bands playing in the genres of thrash, heavy, power, Viking metal. This is one of the major events of this kind not only in the region, but also in the whole ... Open »
Magdeburg
In 1654, the inventor conducted an interesting experiment - he made two copper hemispheres, connected them to each other, and removed the air from the ball. Trying to separate the hemispheres, they used the power of sixteen horses, but they failed to violate the integrity of the structure. Such an unusual experiment proved the existence and power of atmospheric pressure. ... Open »
Leipzig
The festival is also interesting for regular travelers, because participation in it is a unique chance to visit the beautiful medieval fair, dark and captivating theatrical performances, music concerts and interesting seminars. It should be noted that special ‘Gothic’ tours are held within the framework of special events; main attractions for devotees of the subculture are ... Open »
Dresden
The middle of May is the time of another important festival - Festival of Dixieland (Internationales Dixielandfestival). Prager Straße is the main venue for the celebration. Here are organized special open air concert venues, on which perform well-known jazz bands. Concerts also take place on ships, and so anyone here can go to a fascinating cruise. As a rule, Jazz Festival ... Open »

Cityguide on traditions, mentality and lifestyle of people in Berlin. Learn the best periods to visit Berlin to discover its soul - authentic festivals, events and celebrations. We will also reveal the interesting habits, attitude towards the world and to tourists in Berlin.