Sightseeing in Gummersbach - what to see. Complete travel guide 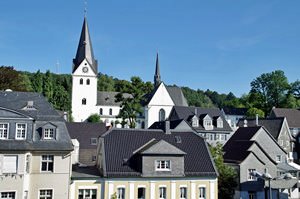 Gummersbach is a town that is referred to Köln administrative district. The town was founded in the Middle Ages; nowadays this is a center of Oberbergisch district. The population of the town estimates approximately 52.5 thousand of people. During last 10 years Gummersbach turned from an industrial town to a place known by its products and services. There is also a faculty of engineering sciences and informatics of the Koln College, where students can get education on such specialties as automatics, general and technological informatics, electro technic, economic informatics, machinery building, engineering economy, and informatics in mass media.
Authentic traditions, festivals and lifestyle of Gummersbach inhabitants
If you ask local people for help, they will never refuse to provide it. They are tolerant of everything, however, provided that the person respects the laws of the federal state of North …

Open
The town plays an important role in industrial sphere of the country as here are located large factories of processing industry. The majority of organizations are referred to electro technical industry and machinery building. There are many firms specializing in metal tools manufacturing and paper recycling in Gummersbach. The town is also known as an important transport crossing, from which you can get to Rheine-Mein region and Ruhr, as well as reaching Koln in the fastest way.
In the historic industrial city, there are many interesting old buildings. An important architectural monument is the Steinmüller plant. Many factory shops have preserved their original appearance. Despite the fact that the plant has long lost its importance, these historic buildings are not empty. In one of the workshops there was a concert hall, in which in addition to musical events, interesting exhibitions were held. A vast park, in which you can observe the most beautiful landscape decorations in the warm season, surrounds the building of the old factory. This park is perfect for active recreation; there are several sports grounds on its territory. Copyright www.orangesmile.com
Excursion over cultural sights of Gummersbach - 'must visit' points of interest
Gummersbach is a paradise for tourists preferring calm and quiet cities, where people are never in a hurry. Here, life flows measuredly, like a walk in a park, which would be a real gift for …

Open
In the heart of the city, there is an ancient castle which was built more than 300 years ago. Once it was built for defensive purposes, and now in the castle is a number of state institutions. On certain days, excursions are conducted through the ancient castle, during which its interior can be evaluated. 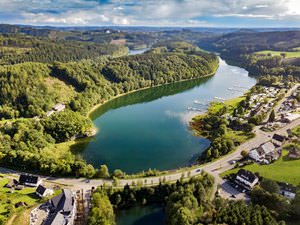 There are very interesting religious sites in the city, among them the Protestant Baroque Chapel. It was built in the 11th century, and to this day it has not been possible to fully preserve this unique monument in the Romanesque style. The temple was almost completely destroyed. Today, only a small tower with a peaked roof reminds of the beautiful building.
Your active city break in Gummersbach. Attractions, recreation and entertainment - best places to spend your day and night here
You'll love Gummersbach if you prefer quiet cities where every moment spent on its territory can be enjoyed. Here, even the air seems to be cleaner, "unpolluted" by the worldly bustle, there …

Open
In the vicinity of Gummersbach is the popular tourist route Aggersundvej, which stretches along the banks of beautiful rivers. Lovers of nature spend exciting hiking and cycling here, during which they can see the most beautiful reservoir and an old dam. 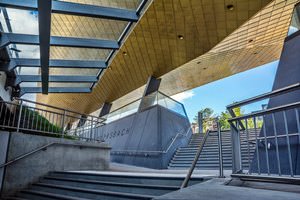 A visit to Gummersbach will be interesting to fans of sports. This city has its own handball team, whose games are held in the local arena Schwalbe. During the championship, it is worth visiting the nearest game. For locals, annual handball competitions are one of the most popular entertainments.
Top hotels in Gummersbach for business trip or short vacation
Miniature Gummersbach is not deprived of attractive hotels. One of the most prestigious and upscale accommodation options in the city is Wyndham Garden Gummersbach. This hotel was founded in …

Open
Speaking about the entertainment available in the city, it is worth mentioning the presence of the shopping and entertainment complex Forum Gummersbach. It opened only a few years ago. Today there are more than 100 shops in the shopping center. Also, there are restaurants and cafes, a beauty salon, a fitness center and even a spa with a wide range of services.

This guide to iconic landmarks and sights of Gummersbach is protected by the copyright law. You can re-publish this content with mandatory attribution: direct and active hyperlink to www.orangesmile.com.
Gummersbach - guide chapters 1 2 3 4 5 6 7

City tours, excursions and tickets in Gummersbach and surroundings

Survived castles around Gummersbach
♥   Castle 'Gimborn Castle' , 6 km from the center. On the map

National and city parks around Gummersbach
♥   National Park 'Eifel' , 136.4 km from the center. On the map

Sights around Gummersbach from our guide 'Extreme places on Earth'

Distance from Gummersbach center - 68.2 km.
The length of the staircase is 220 meters. It is open day and night. Admission is free. The original attraction in Duisburg was opened in 2011 and became instantly known worldwide and popular with lovers of unusual entertainments. 'Tiger and Turtle' staircase is located in the picturesque Angerpark. One of the most important secrets of the ladder is the traditional roller coaster dead loop, which is much easier to pass through than it might seem at first glance. … Read further 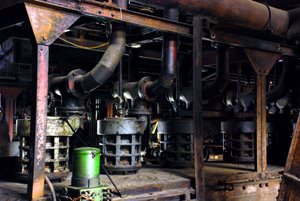 Distance from Gummersbach center - 61.9 km.
After admiring priceless artifacts in museums, it’s worth to have a stroll through the deserted underground; just the simple descent via worn metal ladders makes adrenaline go rushing. Many mysterious stories are associated with Zeche Zollverein mines, as many industrialists have faced there with phenomenon of abnormal knocks. Tourists who visit these places often hear unexplained sounds. They are so distinct and realistic, that it seems that there is still active work in some areas of mines. … Read further

Search touristic sites on the map of Gummersbach

Sightseeing in regions nearby Gummersbach

Wuppertal
Wuppertal is a German city that is located on the territory of North Rheine-Westphalia on the Wupper River that is a tributary to the Rhine River. The city was founded in 1929 in result of merger of 3 towns – Barman, Elberfeld and Brill. According to the data of 2000, the population of Wuppertal estimates 369 thousand of people. Wuppertal is known as a large center of ... Open »
Leverkusen
Leverkusen is an industrial town in Germany located in the Northern Rhine - Westphalia, on the Rheine River between Dusseldorf and Koln. The population of this city estimated 161.3 thousands of people in 2005. Leverkusen is the main department of the famous pharmaceutical company “Bauer”. Here is located the football club with the same name. This city features the ... Open »
Langenfeld
Starting from 2004 Langenfeld has become the first thermal region of Tirol. Actually, the first thermal bath was opened here yet in XVI century. However, without special service and continuous development of underground waters, all springs run dry in 70s of XX century. Only in 1986 it was decided to continue the development in this area and renewing past glory of the town. ... Open »
Bonn
A large market square that crosses almost whole town is considered the heart of Bonn. Here you will see widest choice of buildings referred to different periods and styles. Universal double-layered stairs decorate not only the town hall, but also the whole town in general. Bonn is a modern town with well-developed infrastructure. Here you will find high quality tourist ... Open »
Dortmund
When it comes to describing peculiarities of Dortmund, we should definitely mention quite an unusual form of transport – large two-floor omnibuses that ride the streets of the city. The ride on such omnibus will bring you many positive memories and will allow enjoying the splendor of the city’s landscapes. There are several museums in Dortmund and each one of them keeps ... Open »
Bochum
One more widely known cultural center is called “Century Hall”. Here annually takes place a popular festival Ruhr Triennale devoted to the modern art. The building was finished in 1092. However, regardless of its old history, it looks modern and very impressive. The large spaces of this hall are often used as a place to conduct concerts and sports competitions. The ... Open »

All about Gummersbach, Germany - sightseeings, attractions, touristic spots, architecture, history, culture and cuisine. Prepare your trip together with OrangeSmile.com - find out the 'must see' things in Gummersbach, which places to visit, which excursions to take, where the breathtaking views are waiting for you. Planning your trip with this travel guide will help your to get the most out of Gummersbach in few days.