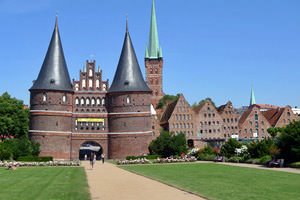 Lubeck is a beautiful hospitable city with interesting historical monuments and many distinctive traditions. The traditional summer festival, the custom of which originated in the distant 1848, has been held in the city for more than 150 years. The beautiful holiday is one of the main symbols of Lübeck. Historic Volksfestplatz remains a permanent venue. For the duration of the festival, it turns into a huge open-air concert and entertainment venue, the most interesting festive activities take place in this square.
Cuisine of Lubeck for gourmet with top restaurants and cafe
The signature feature of the ethnic cuisine in Lübeck is plenty of sea foods. The speciality of the local cuisine is the dish made of beef, potato, herring, beetroot and eggs. Despite of …

Open
These include fairs where you can buy the best regional products and souvenirs, try dishes and drinks prepared according to old recipes. An important tradition of the summer festival is shooting competitions organized in the same square. The history of the beautiful festival is pretty interesting. In 1848, the region went through very favorable and long-awaited changes. That year, a new German alliance was formed in Frankfurt, the creation of which brought indigenous people more freedom and long-awaited improvements in life.
Townspeople were so happy to meet the favorable changes that they organized a beautiful celebration in honor of the historical event, which has since been held annually. The festival was never canceled even in difficult times for the city. People prepare for it throughout the year. The city's tradition of shooting competitions originated much earlier than the festival, and subsequently, they became an obligatory part of the festive program. An equally important event of the festival is a costumed procession. Its participants are representatives of local dance and music groups, as well as ordinary locals. Copyright www.orangesmile.com
Excursion over cultural sights of Lubeck - 'must visit' points of interest
Each city sight of Lübeck is a unique historical landmark. To explore the main places of interest in Lübeck the tourists are recommended to cruise the city central streets on foot. The …

Open
Throughout its history, the Lübeck Summer Festival has undergone many changes. Once it was a one-day holiday, but now it is so large that it takes as many as two weeks. They organize interesting gastronomic festivals, open-air theater performances, and music concerts. For local men, the most important stage is shooting competitions, which are open to everyone. The winner is awarded the honorary title of “The King of the Festival”. 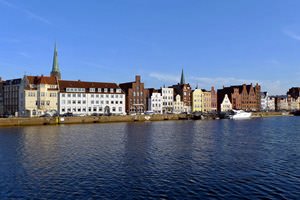 If you visit the city during the largest and most interesting holiday, you can get acquainted with the most fascinating historical traditions. Theater performances and reenactments dedicated to the most significant events in the history of Lübeck are held in squares. Local folklore bands, as well as well-known modern performers, take part in musical performances. A separate entertainment program is prepared for children. They can enjoy colorful playgrounds with rides and carousels, a sea of sweets, and exciting games.
Your active city break in Lubeck. Attractions, recreation and entertainment - best places to spend your day and night here
The city of Lubeck has a borough called Travemunde which is a sea side resort area constantly attracting the fans of beach recreation and activity and, of course, those wishing to spend the …

Open
During the festival, Lübeck offers its guests a special sightseeing program allowing its participants to visit the city's iconic historic attractions and most interesting museums for free. Local restaurants and cafes take an active part in the celebration, inviting the audience to try the most popular traditional dishes. Most of such dishes are prepared according to unchanged historic recipes, which were relevant back in the 19th century. Entertainment in the main square is in full swing until late at night. Here tourists can buy unique crafts of local artisans and the best delicacies from surrounding farms. 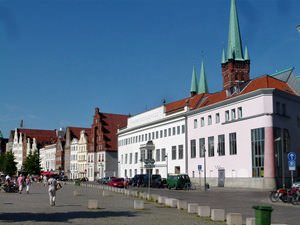 Fans of event tourism and festivals of this kind will be happy to visit Lubeck in late June when the city's main historical holiday usually starts. Outside of the festival, the city will delight guests with its measured and pacifying atmosphere. It is free of fuss and dynamic pace of life inherent in many modern cities. Local residents have a special attitude to historical traditions. They remain the most important component of life and are carefully protected from any changes.
Advices to travellers: what you should know while being in Lubeck
1. The optimum city transport is the bus. Several dozens of bus routes cover all the city districts. Near every public transport stops one will find special stalls to buy tickets from. …

Open
A very interesting local tradition is interest clubs. As noted earlier, many Lübeck residents are not indifferent to shooting sports, and this passion was born hundreds of years ago. Today, the city has several shooting clubs, membership in which is considered very prestigious. Among the many unusual local clubs is the community of pigeon lovers. Societies of hereditary bakers and artisans, hunters and fishermen can also be found in Lubeck.

This guide to traditions and festivals in Lubeck is protected by the copyright law. You can re-publish this content with mandatory attribution: direct and active hyperlink to www.orangesmile.com.
Lubeck - guide chapters 1 2 3 4 5 6 7 8 9

Cathedrals and basilicas near Lubeck
♥   Domkirche St. Georg auf dem Berge, Ratzeburg, 19.1 km from the center. On the map

♥   Domkirche St. Johannes der Täufer, Oldenburg in Holstein, 48.9 km from the center. On the map

Survived castles around Lubeck
♥   Castle 'Eutiner Schloss' , 30.6 km from the center. On the map

Colors of Lubeck in photos

Traditions and festivals in cities around Lubeck

Schwerin
The cultural calendar of the city is not limited to theater festival. Another spectacular and festive event is the annual parade of diesel boats held in May. Shoppers will be interested in visiting the city during the second half of June, when Schwerin pottery fair is held. Pottery remains one of the most important national crafts. A lot of famous artists live in the city; ... Open »
Hamburg
Fantastic cowboy performances are the main entertainment during the summer festival. A small special town is constructed in one of the city’s streets especially for this purpose. The town looks exactly like towns seen in the films about the Wild West. The winter festival is the best time to participate in various carnival processions. Anyone can buy an original medieval ... Open »
Kiel
Music lovers will also appreciate the festival as it is visited by numerous popular music bands. Concerts and faerie shows are commonly taking place at night. The main place of the festival to be held is still Kiel Canal, which was officially opened in 1895. Spacious embankment is equipped along the Canal. It features observation places and is always crowded during the festive ... Open »
Celle
In addition to originally decorated harnesses and carriages, holiday guests will find a lot of surprises and entertainment options. So, they are invited to look at the quadrille performed by horses and to visit interesting fairs and participate in competitions. It is interesting to visit Celle on the eve of Christmas holidays, as in this period the town literally transforms ... Open »
Bremen
Another unusual festival is celebrated annually on January 6. It is called "Ice dispute". On this day a procession consisting of most respected men of the city goes to the Weser River in order to check whether it has frozen this year. People dress up in the costumes of Magi, vintage tuxedos and cylinders – the whole procession looks very impressive. Bremen inhabitants follow ... Open »
Wolfsburg
Another striking distinction of Wolfsburg is the abundance of rabbits in local parks. In the evenings, they can be seen literally at every turn. Animals are accustomed to people and are absolutely not afraid of passers-by. They live literally everywhere: rabbit holes can be found under every bush. According to one of the versions, rabbits are attracted by an abundance of ... Open »

Cityguide on traditions, mentality and lifestyle of people in Lubeck. Learn the best periods to visit Lubeck to discover its soul - authentic festivals, events and celebrations. We will also reveal the interesting habits, attitude towards the world and to tourists in Lubeck.