Preparing your trip to Moscow: advices & hints - things to do and to obey 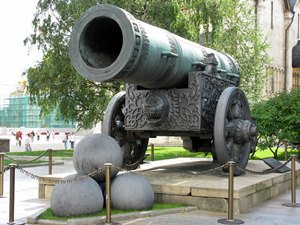 1. Tourists are advised to determine a range of landmarks and sights for visiting just before the trip. Each tourist information center offers great many of excursions and tours being a real challenge even for an expert traveler.
2. Tourists visiting Moscow for the first time should better choose guided tours. The most favorable areas for evening recreation and hiking are the central part of the city being rather crowded even late at night meanwhile visiting of remote city areas should better be avoided.
3. Tourists should be cautious and attentive in the places of public interest as these are the areas of increased risk of turning to a pickpocket victim. One should not leave bags and overcoats off hand in any case. Setting off to city touring or just hiking one should take only necessary things keeping valuables in a safe of a hotel room.
4. The city features a perfect system of cashless transfers. International credit cards are accepted in all scale shopping centers and restaurants. Cash will be in use only at the open markets and shops located far from the city center.
5. Currency should be exchanged in banks or private currency exchange offices. A transaction fee should be specified in advance. One should avoid currency exchange service offered by individuals no matter how profitable the exchange rates may seem. Copyright www.orangesmile.com
6. The city is convenient to cruise by underground as it helps the visitors to easily reach any part of the city. The electric train network joins the city and its suburbs. The trains depart from railway stations in short intervals several times per hour. All the means of public transportation are available in the city. However during the day the traffic on the roads is rather challenging.
7. Car rent is reasonable only for those tourists looking to visiting suburban areas of the city rather frequently. The city roads are relatively free only during early morning hours or late at night.
Guide to Moscow sightseeing - things to see and to visit
Moscow has become a popular tourist destination long ago. The reason for this is in rich choice of attractions that have national significance. In order not to waste a single day in this …

Open
8. The most expensive boutiques, eating houses and hotels are located in the city center. The more distant a hotel or a restaurant from the city center is, the more attractive pricing it will offer. Prudent tourists are advised to choose a hotel in the suburban areas of the Moscow city as in this case the cost of check in will be much lower. Suburban areas are also a perfect destination to buy some foods as this way of saving cost is in practice not only among travelers and city guests but among local folks as well.

Preparing your trip to Moscow: advices & hints - things to do and to obey You can re-publish this content with mandatory attribution: direct and active hyperlink to www.orangesmile.com.
Moscow - guide chapters 1 2 3 4 5 6 7 8 9 10 11

What to visit being in Moscow - unique sights 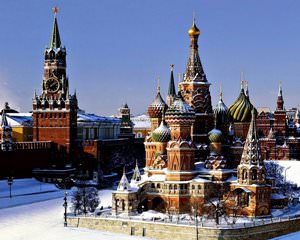 Distance from Moscow center - 0.1 km.
The Red Square is worth separate mentioning. It is the main square of the capital and is a witness of a number of important historical events. The area strikes its scale, its length is 330 meters, and the width is 75 meters, respectively. Around the square there are many important sights, including the Lenin Mausoleum, the Historical Museum and the Kazan Cathedral. For many years, the Red Square has been the venue for important social events, for more than 20 years it has regularly held grandiose concerts, and since 2006 every winter the largest ice rink in the country has been poured into the square. … Read further 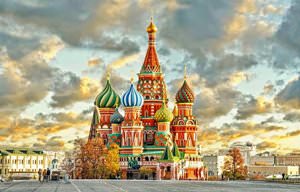 Distance from Moscow center - 0.5 km.
In 1561 this cathedral was the highest 65 meters peak of Moscow. Now there has placed a Historical museum that is visited by numerous tourists. Nevertheless that at the beginning of the 19th century the church was sacked by French soldiers, some original elements of the precious decoration were saved. There you can see a gorgeous iconostasis, gilded elements and renewed old frescos. The main decoration of the cathedral rooms is the wall oil paintings that were made during the reconstruction of the 19th century. … Read further

Cathedral of Christ the Savior 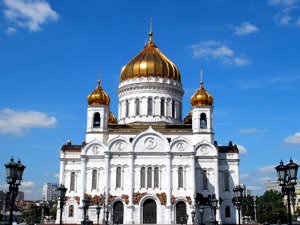 Distance from Moscow center - 1.1 km.
The cathedral building is also a branch of the Moscow Historical Museum, so visitors have a chance to see a lot of interesting historical artifacts. Since opening, the main Orthodox relics, including the belt of the Mother of God, the gift of wise men and the cross Andreas exhibited in the main cathedral. Each time such events attract the pilgrims not only from all over the country, but also from many other Christian states. One can visit the beautiful cathedral also on the ordinary day. Each element of the cathedral furnishings is a true work of art and reminds visitors of the splendid traditions of the once majestic Byzantium. … Read further

Tips for the cities around Moscow

Kaluga
2. Tula gingerbread cookies are widely known, but Kaluga's taste qualities are in no way inferior to the famous Tula’s. Fragrant gingerbread can be bought literally in any city supermarket, and in specialized stores buyers are offered incredibly beautiful gift sets of gingerbread. 3. Fans of foamy drink should definitely try the local "Fischer" beer. The first brewery ... Open »
Vladimir
2. Fans of excursions should take into account that local cathedrals and temples are open for visits only on certain days, so the program should be planned in advance. Going to see the religious sites, you should take a closer look at the choice of wardrobe. 3. In Vladimir excellent transport links with Moscow were set-up, electric trains and buses are sent daily to the ... Open »
Gomel
2. In the central area of ​​the city, it is recommended to move on foot. In this case, you can fully appreciate the diversity of attractions. In addition to the architectural structures in the center there are many interesting sculptures. 3. For couples in love, it is definitely worth a stroll in the park named Lunacharsky. Here there is the Tree of Love, in which all ... Open »
Saint Petersburg
2. Sparing tourists are advised to visit the city of Saint Petersburg in winter as in this period local hotels and cultural establishments sufficiently reduce prices for services and offer great discounts for tourists. Despite winter weather being not the most favorable for sightseeing, a major part of cultural establishments and landmarks goes on working to a usual schedule. ... Open »
Kharkov
2. Banks and other government agencies serve visitors from 9:00 am to 5:00 pm; some large institutions can work up to 7:00 pm. Foreigners can exchange currency not only in banks, but also in specialized exchange offices with quite ample working hours. 3. In restaurants and cafes you can leave a tip for good service; the sum making out 5 - 10% of the total would be ... Open »
Minsk
2. The travellers that are going to bring medications should prepare all necessary documents in advance. It’s forbidden to bring medications containing narcotic substances. 3. The tourists that want to bring pieces of art or antique objects from the trip should ask a salesperson for a special certificate and get a permit to take them out of the country. Otherwise, the ... Open »

Travelling to Moscow - advices and tips. What should be provisioned in advance, the rules you might want to follow, and the things you better avoid doing in Moscow. We help you to make your trip smooth and easy, with no unexpected surprises.