Sightseeing in Bryansk - what to see. Complete travel guide 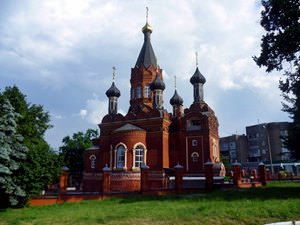 Bryansk is one of the oldest and largest industrial cities in the country. It is a major railway junction through which the roads to Kiev, Moscow, Vyazma, Kharkov and other cities pass. In the III-V centuries the territory of the modern city was inhabited by the Slavic tribes, among who were the northerners, Vyatichi, Krivichi, and Radimichi. This is evidenced by the findings of archaeologists, in the vicinity of Bryansk and today there are several significances for the study of archaeological areas.
Your active city break in Bryansk. Attractions, recreation and entertainment - best places to spend your day and night here
In Bryansk there are many interesting entertainment centers and nightclubs, among which there is a club-cafe "Veles". It is located in the building of the shopping and entertainment center …

Open
The first settlements on the territory of the province appeared after the retreat of the glacier, tribes began settling along the banks of the Desniansky basin. Traces of several hundred of these settlements were discovered by scientists in the Bryansk region. The first mention of the city refers to the Ipatiev Chronicle of 1146, and after the recording of the city, they were found in the Lavrentiev, Voskresensky and Trinity Chronicles. The city received the name "Bryansk" at the end of the XV century, and it was finally established only in the XVIII century.
Since the time of accession to the throne of Tsar Mikhail Fyodorovich Romanov for Bryansk, a fundamentally new historical epoch has come. The city is being settled, and a clear lay-out of streets and shopping areas is being introduced. Through Bryansk in those days there were several roads that connected the Seversky region with Smolensk and the cities located beyond the river Oka. In Bryansk, craft began to develop, which led to a very lively exchange of goods, and a need for the organization of customs. Copyright www.orangesmile.com
Cuisine of Bryansk for gourmet with top restaurants and cafe
Numerous cafes and restaurants of the city present both local and European cuisine. Here you can find dishes for every taste; one of the most in demand among travelers is the restaurant …

Open
Until 1655, Bryansk actively supported trade relations with Ukraine. Since 1885, because of a decline in the standard of living, uprising began at the city's enterprises, and the first political organizations were formed. At the frontier of the 19th and 20th centuries, many factories in Bryansk specialized in the manufacture of wagons, platforms and locomotives. In the second half of the 19th century, the city's industry showed significant growth. 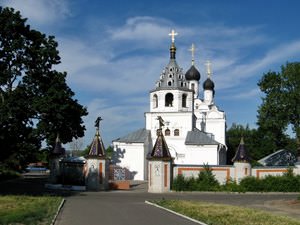 During the Second World War, martial law was declared in Bryansk. After its completion, the central and other districts began to actively rebuild, an era of large-scale construction and reconstruction began, which continues to this day. Bryansk had to endure difficult wartime, only a miracle in the city preserved several beautiful historical buildings. Today, a lot of attention and money is devoted to the cultural sphere of life and the development of tourist infrastructure. Bryansk is a very pleasant and comfortable city for recreation.
Excursion over cultural sights of Bryansk - 'must visit' points of interest
Monuments of art and culture are the main property of the city and its inhabitants. In Bryansk, there are more than 500 monuments of archeology, history, urban planning, art, architecture, …

Open
The most famous and most visited attraction in the town is the Museum of Bryansk History. It was opened in 1921. After the Revolution, a lot of values were confiscated and taken out of private mansions and churches. Exactly these items have become a core of the collection. When the Great Patriotic War began, the museum stored about 2 000 exhibits. Almost all of them had been lost during wartime. After the war, the museum was opened again in 1949. Its collection started to be formed again, so the present museum houses thousands of unique archeological, ethnographic, historical and natural-science exhibits. 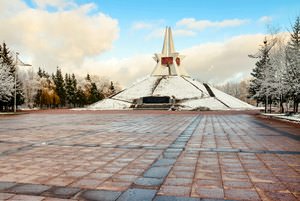 The important religious symbol of the town is Trinity Church that was built not so long ago, in 2012. Before, there had been the historical temple that was completely destroyed in 1968. Now, the magnificent church with five gilded domes is a main religious venue in the town.
Your active city break in Bryansk. Attractions, recreation and entertainment - best places to spend your day and night here
In Bryansk there are many interesting entertainment centers and nightclubs, among which there is a club-cafe "Veles". It is located in the building of the shopping and entertainment center …

Open
The Cathedral of the Protecting Veil of the Mother of God built on top of the Pokrovskaya Mountain in 1698 has an immense historical value. The first church at its site was built in 1603. At the end of the 17th century, this tiny wooden building was completely restored. The new church was built at dapifer Alymov’s personal expense. Since its construction, the church has remained almost unchangeable. At the beginning of the 19th century, only its bell was rebuilt. Now, the cathedral is considered as a wonderful example of Russian traditional architecture. 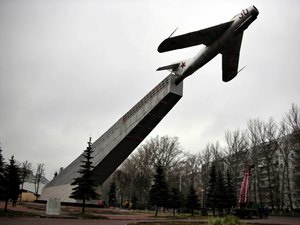 The Pokrovskaya Mountain itself is one of the most important attractions. There is a beautiful park on its top. Here, you can see not only several interesting sculptures, including the sculpture of the hero of the Kulikovo Battle, warrior Peresvet. When the millennium of Bryansk was celebrated several years ago, a beautiful stele was installed on top of the mountain. Some parts of the park have a breathtaking panoramic view of the town.
Cuisine of Bryansk for gourmet with top restaurants and cafe
Numerous cafes and restaurants of the city present both local and European cuisine. Here you can find dishes for every taste; one of the most in demand among travelers is the restaurant …

Open
The Tolstoy Park Museum is very popular with fans of outdoor recreation. The main town park was founded in 1936. Now, its main feature is the collection of beautiful wooden sculptures. In a warm period, there are a lot of amusement rides and cafes but it is pleasant to walk along the park in winter too.

This guide to iconic landmarks and sights of Bryansk is protected by the copyright law. You can re-publish this content with mandatory attribution: direct and active hyperlink to www.orangesmile.com.
Bryansk - guide chapters 1 2 3 4

City tours, excursions and tickets in Bryansk and surroundings

Search touristic sites on the map of Bryansk

Sightseeing in regions nearby Bryansk

Kaluga
In Kaluga there is uniqueness, from the architectural point of view the Trinity Cathedral, which was built in the 18th century. The development of the project involved a fairly well-known architect at that time Yasnigin, who proposed to build a dome 8 meters in diameter without additional fortifications. This was the first experience of such construction in Russia, and the ... Open »
Kursk
This process was quite slow, as these lands were constantly attacked by the Crimean Tatars. The fortress was completed only at the end of the century. The residents from nearby cities moved here to perform military service. The city was gradually developing. Trade was resumed. The city attracted merchants not only from all over Russia, but also from nearby countries. Then, the ... Open »
Smolensk
Smolensk is also the homeland of outstanding figures of science and culture. The other distinctive feature of the picturesque city is plenty of monuments. In one of the city parks, you can see the monument dedicated to world-famous composer Mikhail Glinka. One of the most interesting and most beautiful monuments is the Monument to Alexander Tvardovsky and Vasily Tyorkin. ... Open »
Tula
Since ancient times, Tula has had a great strategic significance. It had been the largest defensive centers of the southern border of Russia until the middle of the 17th century. Then, the borders were extended and the city status changed. Tula became a large industrial center. At the beginning of the 16th century, the locals started to make guns. A hundred years later, the ... Open »
Gomel
At this time in the city 17 thousand people lived already 17, but the fire which suddenly collapsed on it brought serious adjustments in the way of life. Almost completely burnt out, the city was quickly restored, and soon it became a major railway junction. Industry actively developed here and the population grew. The territory of the city began to elevate, conduct water ... Open »
Mahilyow
In the 16th century, Mogilev came to the wife of Polish King Alexander, Elena. The city is still rapidly developing. The strong military fortress has recently been built here. The wartime on these lands has never come to an end because when the residents had to defend the castle, their families hid in the shelters outside the castle. The castle itself was wooden but very few ... Open »

All about Bryansk, Russia - sightseeings, attractions, touristic spots, architecture, history, culture and cuisine. Prepare your trip together with OrangeSmile.com - find out the 'must see' things in Bryansk, which places to visit, which excursions to take, where the breathtaking views are waiting for you. Planning your trip with this travel guide will help your to get the most out of Bryansk in few days.