Sightseeing in Rostov - what to see. Complete travel guide 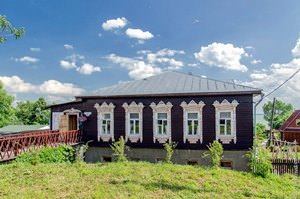 Rostov is one of the greatest Russian cities with a history that goes back over a century. It was even mentioned in the Tale of Bygone Years as one of the cities that belonged to Rurik. Before the city was established on this land, the Finno-Ugric tribes lived here. Then, they completely assimilated with people from Novgorod. In the 10th century, Rostov was quite a big city that belonged to Yaroslav the Wise and then to his son Vsevolod.
In 991, the first wooden Orthodox cathedral, Holy Assumption Cathedral Church, was built in Rostov Veliky. It had been working for several centuries. Then, the stone cathedral was built at its site by Andrew the Pious. Rostov had also been the capital of the Grand Duchy of Vladimir. When it stopped being an administrative center, he still remained one of the biggest cities of Rus. The territory of the city expanded to Novgorod. The dukes governing here even minted their own money.
When the Mongol Tatars came to Rus, Rostov fell under them because it wasn’t a military town and even couldn’t defend. In the 15th-17th centuries, the city was rapidly developing and even became the religious capital of the Grand Duchy of Moscow because there were many churches on its territory. The city was also very important at the crossroads of trade routes. The road from Moscow to Arkhangelsk, Vologda and Yaroslavl went exactly through Rostov, so the city lived for trade and fairs that became its good traditions here. Copyright www.orangesmile.com
In the 18th-19th centuries, Rostov became a notable city governed by merchant families, the names of which are famous all over Russia. Rostov was the city of so-called “commercial apartment building”, two-storied apartments rented out to merchants visiting the city. Catherine the Great even presented the city with an emblem. The deer in the black background is still relevant. In the 18th century, the city was actively being built. The master plan was presented. The streets were built up with stone buildings. The old aisle of the Kremlin that had been almost destroyed was restored. 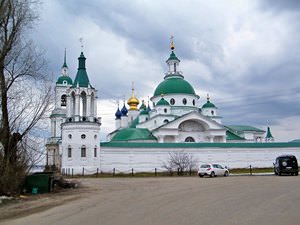 The Revolution in Rostov was almost bloodless and the city didn’t see the horrors of the Civil War. If taking into account the fact that the city represented only the merchant class, towards which the Soviet authorities had a negative attitude, Rostov was very lucky. After the Revolution, many families left the city and it stopped developing. The new authorities’ attempts to find a way out of this situation were not successful. The economic level of the city was restored only in the middle of the 20th century when it became one of the key cities of the Russian Golden Ring.
The most famous historic monument of the city is the Rostov Kremlin. It differs from typical defensive constructions in the usual sense. The large architectural complex was built in the 17th century. At that time, it had not already had strategic significance. That is why the Kremlin has a lot of unusual decorative elements. After hundreds of years, the Kremlin has been preserved almost in its original form. Nowadays, there are several towers, churches, and different civil constructions on its territory. 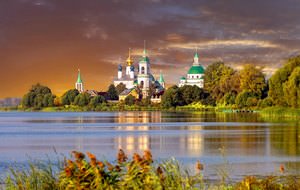 There is also the Cathedral of the Assumption. It was built even before the Kremlin had been constructed, in the 16th century. According to the historical data, the first wooden church at its site was built in the 11th century. The present cathedral was finished in 1512 and is notable for its original frescoes. In the cathedral, there are shrines of city metropolitans and princes.
As for civilian buildings, the most remarkable one is the Red Chamber. In the 17th century, there were living quarters and a refectory. The exterior of the chamber is quite modest but it houses valuable pieces of art inside. Some indoor rooms are tiled and you can see old frescoes in the others. 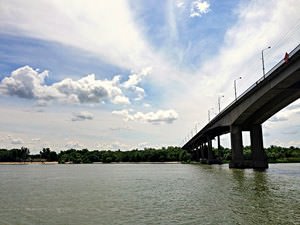 Among multiple museums of Rostov, the most interesting one is the House of Crafts. It was opened not so long ago, in 2007. Now, the museum tells its visitors about the most interesting regional crafts. Here, you can see incredibly beautiful laces, hand-made elm and reed items, ceramics, and pieces of art. You can buy most of the exhibits presented in the museum. Also, master classes are regularly held for visitors.
Art connoisseurs should certainly visit the Museum of Rostov Merchantry that presents the collection of paintings, antique furniture, and other old accessories. The museum is located in the beautiful mansion of the 18th century and was opened only in 2008. The core of the exposure is historic exhibits dedicated to the famous merchant dynasty of Kekin.
This guide to iconic landmarks and sights of Rostov is protected by the copyright law. You can re-publish this content with mandatory attribution: direct and active hyperlink to www.orangesmile.com.

City tours, excursions and tickets in Rostov and surroundings

Survived castles around Rostov
♥   Castle 'Spaso-Yakovlevsky Monastery' , 2.1 km from the center. On the map

National and city parks around Rostov
♥   National Park 'Plescheevo Ozero' , 61.7 km from the center. On the map

Search touristic sites on the map of Rostov

Sightseeing in regions nearby Rostov

Yaroslavl
The history of Yaroslavl goes back to over a thousand year. It had been changed many times for this period. The city was formed at the beginning of the 11th century and flourished in the 17th century. The most luxurious architectural complexes and temples that are important attractions today were built exactly at that time. Due to the locals’ effort, the architectural ... Open »
Suzdal
Many travelers prefer to visit Suzdal on the eve of big holidays, for example, on the Maslenitsa, New Year or Christmas Eve when great festivities take place in the city. The main attribute of city festivals is the folk bands’ shows. Many festive events go hand in hand with very interesting old Russian rites and traditions. Several unique holidays that are not typical for ... Open »
Kostroma
Vasily was about to rule in Vladimir but he stayed in Kostroma and made this city an administrative center of all his lands. When Basil died, Kostroma turned into an outlandish provincial town again. It changed only when Moscow price Ivan Kalita who was famous for his wealth and prudence bought these lands and joined them of Grand Duchy of Moscow. In the 14th century, two ... Open »
Vladimir
In the 13th century, Vladimir was often raided by the Tatar-Mongol tribes and was severely devastated, but soon its inhabitants managed to completely restore the city's buildings. By the end of the century, the city acquired political significance, which was connected with the transfer of the residence of the metropolitan to Vladimir. The city became the spiritual capital of ... Open »
Moscow
The Cathedral is one of the most important architectural monuments; this is a magnificent complex of several temples. The History Museum is the biggest complex of its kind that exhibits valuable collections of historical artifacts. During your visit to the museum you will learn many interesting facts about the history of the country starting from ancient times. Shopping mall ... Open »
Tver
The culture and appearance of the city are multifaceted. Near beautiful historic constructions, there are elegant modern buildings. Near monuments to the outstanding figures of the past, there are monuments to the contemporaries. In the city, a lot of interesting cultural events dedicated to the theater art and painting are held. These holidays alternate with modern graffiti ... Open »

All about Rostov, Russia - sightseeings, attractions, touristic spots, architecture, history, culture and cuisine. Prepare your trip together with OrangeSmile.com - find out the 'must see' things in Rostov, which places to visit, which excursions to take, where the breathtaking views are waiting for you. Planning your trip with this travel guide will help your to get the most out of Rostov in few days.