Sightseeing in Yessentuki - what to see. Complete travel guide 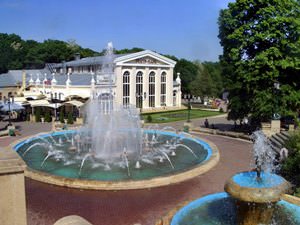 Yessentuki is a miniature resort town, which, nevertheless, is known far beyond the borders of the country. On the territory of the resort there are a lot of healing mineral springs, which made this city famous, it is worth mentioning that they are all located on the territory of only one hollow. The resort is largely unique. It was visited by many scientists and researchers, who wrote many scientific articles and monographs about Yessentuki. Here, mine workings and wells have been lost for a long time, and all of them were drilled with only one purpose - to provide the city and tourists with therapeutic mineral water in optimal quantity.
Authentic traditions, festivals and lifestyle of Yessentuki inhabitants
Initially, the Yessentuki were a Cossack village with their own customs and priorities. Free people lived here, and long after their departure the city bore this imprint of inner freedom and …

Open
After numerous scientists explored this region and its medicinal springs, the first Cossack villages appeared on these lands, and they protected priceless deposits of healing water. Soon the first churches, schools and libraries appeared here, and the city became a real resort in 1845, when the governor of the Caucasus was Prince Mikhail Vorontsov. It was thanks to his efforts that the small settlement turned into a real world-class resort.
Vorontsov bought valuable lands from the Cossacks and began to improve them. The resort continued to actively develop and during the Soviet era, health resorts were built here, including the famous "Moscow", "Yunost" and "Smenu". On the outskirts of the city an artificial lake was built, equipped with comfortable beaches and a boat station. Townspeople and vacationers were very fond of the place where they could spend the hot summer days. Copyright www.orangesmile.com
Excursion over cultural sights of Yessentuki - 'must visit' points of interest
Yessentuki is the world-famous health resort city, and most travelers who are here on vacation, are not very interested in excursions and sights. At the same time, the city is rich in unique …

Open
At the end of the 20th century, Yessentuki became the largest mineral water resort in the country. Here, new sanatoriums were built and the old ones were repaired, the infrastructure was also developed. Nowadays Yessentuki is a rather visited resort, most of the guests come for relaxation with the sole purpose of improving their health. To call the resort noisy and young is impossible, as main part of its guests is people of old age. However, the resort cannot be called boring. Many travelers perfectly manage to combine health-improving procedures with active recreation. The resort is not rich in noisy entertainment, but it is sure to please those who love nature and walks in picturesque places. Yessentuki is suitable for recreation with children, and many local health resorts are focused on those who prefer to relax with the whole family. 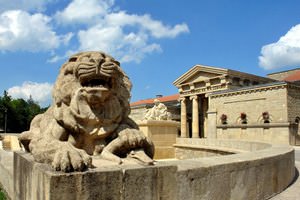 Not only healing mineral springs attract tourists to this resort. The Yessentuki guests’ favorite place for walking is the wonderful Resort Park. It is difficult to imagine that once there was big marsh here that didn’t dry out even in summer. Upon the order of count Vorontsov, the marsh was drained and the beautiful park with lush flower beds, pavilions, and shaded alleys was founded here. Then, the theatre was opened in the park and turned it into a real culture center. Now, the park is thoroughly cared for. Every year, new landscape decorations are installed here.
Your active city break in Yessentuki. Attractions, recreation and entertainment - best places to spend your day and night here
The main entertainment for guests of the resort is walks in picturesque parks, which can be perfectly combined with health procedures and the use of healing water. For hiking, the Resort …

Open
In the city, there is the interesting Local History Museum named after V. Shpakovsky. This museum occupies the beautiful mansion built in the late 19th century. The museum collection started to be formed in 1963. Most of its present exhibits are dedicated to the history of the resort development. The mansion houses antique furniture, important historical documents, and collections of old black-and-white pictures. You can also see here exhibits dedicated to flora and fauna of the resort area. 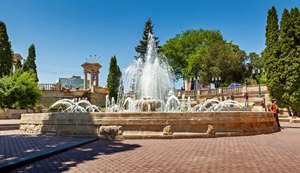 On the territory of the city, there are a lot of old pavilions, most of which were built over a hundred years ago. Every pavilion is unusual in its own way. In the Resort Park, you should find the music pavilion called Rokoko. It was built at the beginning of the 20th century. Musical performances were regularly held here at that time. This kind tradition was revived several years ago.
Authentic traditions, festivals and lifestyle of Yessentuki inhabitants
Initially, the Yessentuki were a Cossack village with their own customs and priorities. Free people lived here, and long after their departure the city bore this imprint of inner freedom and … 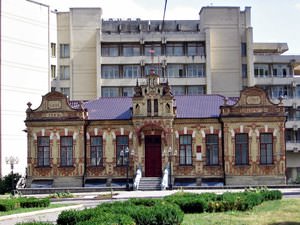 Another beautiful religious monument of Yessentuki is the Church of St. Panteleimon. It was built in the 1980s and distinguished by its exquisite exterior and rich interior. In the Soviet period, the church was completely destroyed. It started to be restored only in 1992. The religious monument was rebuilt almost in its original form.

This guide to iconic landmarks and sights of Yessentuki is protected by the copyright law. You can re-publish this content with mandatory attribution: direct and active hyperlink to www.orangesmile.com.
Yessentuki - guide chapters 1 2 3 4

City tours, excursions and tickets in Yessentuki and surroundings

National and city parks around Yessentuki
♥   National Park 'Alania' , 144.8 km from the center. On the map

Search touristic sites on the map of Yessentuki

Sightseeing in regions nearby Yessentuki

Pyatigorsk
The first civil settlements were formed here only several centuries later. It was quite difficult to reach the city so it was not developing as fast as it could. Despite this, the glory of the local healing water encouraged the population influx. In the city, the first stone house was built in 1812. It was leased to rich families, which members came to Pyatigorsk for water. ... Open »
Mineralnie Vody
The building of the Glass Factory in 1898 had a positive impact on the village development. In 1923, Sultanovsky was renamed Mineralnye Vody. The town has borne this beautiful name for about a hundred years. In 1929 and 1930, plants for producing and processing non-metallic minerals, including the stone crushing plant “Zmeyka” and the big mine “Beshtaunit”, were built ... Open »
Nalchik
There are also arguments about the etymology of the city name but scientists agree that the city has delivered its name from the Nalchik River running through it. The Kabardian word “nalchik” means “horseshoe” and that is why it is a symbol of the city. Nalchik had been one of the important outposts of the border fortifications of the Caucasus line even before the ... Open »
Stavropol
The city is often called the “Gate of the Caucasus”, which explains its strategic importance. Stavropol has long been the important industrial center of the region. It attracts a lot of tourists with its beautiful nature and rich heritage that has been preserved by the natives. In total, there are over two hundred historical monuments attracting inquisitive travelers in ... Open »
Kutaisi
The Motsameta Monastery is undoubtedly a beautiful building. Circular towers with spiked cupolas charmingly adorn the main building. When visiting the monastery, don’t forget to drink a bit of water from the fountain that works inside the complex. According to local beliefs, this water can cure many diseases, both physical and spiritual. In modern times, the monastery is ... Open »
Krasnaya Polyana
Originally, the village was called Kbaade and then Romanovsk, as it was often visited by the representatives of the Romanovs. Consequently, the city was eventually changed to Krasnaya Polyana. It is considered that this name was given by Greeks inspired by the beauty of the fall purple fern growing here. Not far from Krasnaya Polyana, in the mountains, the famous mineral water ... Open »

All about Yessentuki, Russia - sightseeings, attractions, touristic spots, architecture, history, culture and cuisine. Prepare your trip together with OrangeSmile.com - find out the 'must see' things in Yessentuki, which places to visit, which excursions to take, where the breathtaking views are waiting for you. Planning your trip with this travel guide will help your to get the most out of Yessentuki in few days.