Sightseeing in Anapa - what to see. Complete travel guide 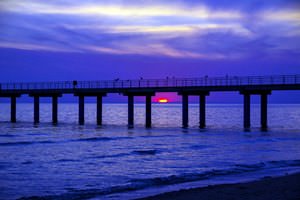 The history of the famous city with the romantic name Anapa is several thousand years old. According to the data obtained during the archaeological excavations, people began to populate these places 10 thousand years ago. The real mystery of Anapa was the massive dolmens that appeared here in the third millennium, along with the ancient sanctuaries. They are well-preserved to the present day, but the secrets of their appointment are not disclosed till this day.
Excursion over cultural sights of Anapa - 'must visit' points of interest
The city is one of the oldest on the Black Sea coast, and therefore there are a lot of historical and architectural monuments, as well as museums, which will be interesting for fans of …

Open
The very first tribe that lived in this area was the warlike Sindh. They all the time fought with the Scythians, whom even the mighty Persian king Darius feared. But with the Greeks who inhabited the Black Sea coast, the Sindhs had quite good-neighborly and peaceful relations. The first city that emerged in the place of modern Anapa is Syndic, the capital of the state of Sindica. Already later, the Greeks of the Kingdom of Bosporus built here the largest seaport on the coast - Gorgippia.
Gorgippia traded with Greek cities and was considered a real antique resort, where the Bosporan nobility came to rest. Already in the X century the Greek city was completely ruined by the ancient barbaric nomadic tribes, and on its ruins the Adyghes settled, who tried to establish political ties with the Tmutarakan principality. Later, already under the name of Mapa, the city was under the rule of the Genoese, who built their famous trade route here leading to the very depths of the Caucasus, to the coast of the Caspian Sea. Copyright www.orangesmile.com
Your active city break in Anapa. Attractions, recreation and entertainment - best places to spend your day and night here
For fans of outdoor activities Anapa is just perfect. There are excellent conditions for those who expect to spend much of their time on the coast and sunbathe. In Anapa there are beaches …

Open
The city received the modern name from the Turks, who seized all the Genoese colonies, and they called the city of Anapa. The Turks built here a mighty fortress, in the creation of which even French engineers participated. During the Russian-Turkish war, Russian troops tried several times to seize the fortress, but only the third attempt was successful. The siege of the fortress lasted more than two weeks. After its capture, all fortifications were destroyed. 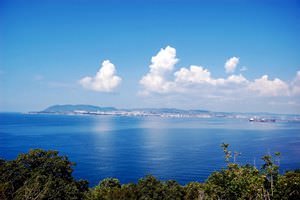 Under the rule of the Russian Empire, Anapa developed rapidly and confidently. In the middle of the XIX century it received the status of a city and since then began to attract the attention of the Russian nobilities, who preferred to build summer cottages and spend the summer here. When the city became a resort, large-scale construction began in its coastal zone. The city itself was a conglomeration of mud huts with an almost total lack of streets and sources of drinking water. Only in the Soviet times, Anapa changed its status and turned into a magnificent children's resort. The city was literally built up by pioneer camps and sanatoriums, solving problems with water and completely changing its appearance.
Advices to travellers: what you should know while being in Anapa
1. Going on vacation, regardless of the time of year, the hotel room must be booked in advance. Also, it is necessary to agree in advance about your arrival, those who expect to have a rest …

Open
When walking across the Anapa coastline, you can see the amazing Lighthouse that is still one of the main symbols of the resort. At the beginning of the 10th century, a signal tower was located here but it was completely ruined in the period of the Great Patriotic War. In 1955, it was decided to build a new lighthouse at its site. It was almost 43 m high. The lighthouse is very spectacular from the architectural point of view. So, it has been attracting a lot of tourists since its construction. 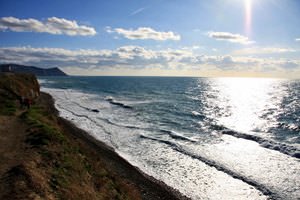 In the surroundings of Anapa, there are several unique archeological districts. Some of them can be visited by absolutely everyone now. The most popular one is the archeological park called Gorgippia. It was built at the archeological site of the namesake antique colony. The researchers have found out that this settlement was formed in the 4th century BC and covered over 2 hectares. They also found here the ruins of old temples and residential houses. Today, the visitors of the archeological district can see a lot of unique artifacts. The relics, such as the preserved fragments of antique mosaics and old sarcophagi, are aged over 2 000 years.
Cuisine of Anapa for gourmet with top restaurants and cafe
Anapa is a typical resort town with a lot of cafes, restaurants and canteens, designed for tourists with a wide variety of preferences and financial opportunities. For those who prefer to … 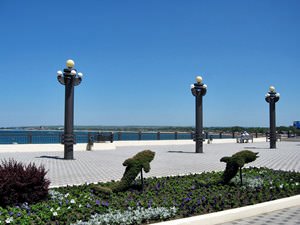 Fans of long hiking tours should take a trip to the picturesque valley Sukko located in the immediate surroundings of Anapa. Here, you can walk along the hilly area, drop in oak and beech groves, and admire the panoramic view of the seacoast some of the hilltops have. The natural area is notable for a diversity of rare plants. Here, you can see rare species of pines and juniper that can’t be met in other regions. In the picturesque valley, there is a small resort village called Sukko that is considered as an excellent place for children’s holidays. It is primarily notable for its shallow and clean beaches.

This guide to iconic landmarks and sights of Anapa is protected by the copyright law. You can re-publish this content with mandatory attribution: direct and active hyperlink to www.orangesmile.com.
Anapa - guide chapters 1 2 3 4 5 6

City tours, excursions and tickets in Anapa and surroundings

Survived castles around Anapa
♥   Castle 'Yeni-Kale Fortress' , 76.2 km from the center. On the map

Search touristic sites on the map of Anapa

Sightseeing in regions nearby Anapa

Novorossiysk
It should be also noted that it is also a hero city that became famous during the war. This means that there are many pilgrimage places for tourists interested in history. The nature of the city surroundings is very fascinating. That is why many travelers prefer to stay not in Novorossiysk but in one of the picturesque districts with the amazing sea, air and sanatoriums. There ... Open »
Gelendzhik
There are three excellent water parks in Gelendzhik, among them the largest water park in the country - "Golden Bay". Another amazing feature of the resort town is the inscription "Gelendzhik" located on Mount Markhot, which is considered to be one of the largest in the world. The symbol of Gelendzhik is the White Bride - as the name of the city is translated from the Turkish ... Open »
Kerch
Already in the 5th century the tribes of the barbarians finally established their dominion in these territories. The cities were destroyed, the local people were taken into slavery and chaos and devastation reigned in the once-fertile lands. The era of rebirth began after these lands fell under the rule of Byzantium, which restored the ancient city. True, the peaceful ... Open »
Krasnodar
At that time, there were almost eight churches, the main cathedral, seven hotels, and three restaurants. There were over 250 stores and over 110 taverns and other places where alcohol is served. There were also 8 big plants and a tobacco factory in the city. Revolutionary 1917 changed everything. Ekaterinodar was the White Movement center exactly at that time. The free Kuban ... Open »
Feodosiya
In Feodosia, there are also several upscale wellness centers that will be perfect places for tourists wanting to improve their health. The enchanting old town is well-developed from a tourist point of view. When walking, travelers can see attractive restaurants, cafes, interesting gift shops and stalls where you can buy a lot of tasty sweets and house wine. In the town, there ... Open »
Tuapse
In the territory of Tuapsinsky District, there are over 200 wellness centers. Some of the most popular centers are located directly in Tuapse. Boarding houses and sanatoriums welcome tourists of all the incomes, so thrifty tourists, as well as those travelers who have got used to luxury, will easily choose one. The resort has wonderful conditions for beach recreation and ... Open »

All about Anapa, Russia - sightseeings, attractions, touristic spots, architecture, history, culture and cuisine. Prepare your trip together with OrangeSmile.com - find out the 'must see' things in Anapa, which places to visit, which excursions to take, where the breathtaking views are waiting for you. Planning your trip with this travel guide will help your to get the most out of Anapa in few days.