Sightseeing in Ulan-Ude - what to see. Complete travel guide

Ulan Ude is the capital of the Buryat Republic. The city is located not far from the Lake Baikal, the world-famous nature attraction. The city foundation began in 1666. Originally, it had the status of the important trade center, as it was located on the Tea Road. The wonderful historical district of Ulan Ude has been preserved to this day. It attracts thousands of tourists. The Old City District is quite small, so it is very pleasant to walk here.
When walking, travelers can see wonderful merchants’ mansions and wooden houses decorated with fine carvings. There are also several outstanding constructions built in the 17th century. Modern architectural masterpieces will also attract inquisitive tourists. The striking example of it is the incredibly beautiful building of the Buryat Drama Theatre.
Most of the natives profess Buddhism, so there are such unusual city attractions, as Lamaistic temples. Buddhist monasteries were built in accordance with old traditions and are included in the list of the most interesting architectural monuments of the city. Copyright www.orangesmile.com
The history and cultural heritage of Ulan Ude are unique. The city is in the list of the most important Historic Cities of Russia. In total, there are over 230 cultural objects, so the excursion program here is very eventful and diverse. In addition to architectural constructions, city monuments are interesting too. You can see fascinating sculptures in the territory of any district. 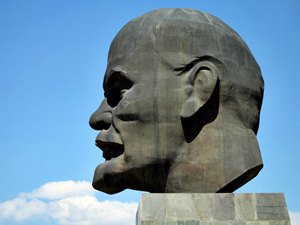 The cultural image of Ulan Ude is still developing. New architectural masterpieces regularly appear here. One of the most important events was the opening of the fountain on Theatre Square. Many people prefer admiring it after dark. When the sun sets, the fountain is decorated with spectacular artistic lights. The cultural life of the city is rich with beautiful holidays that may turn into an unforgettable adventure for travelers. Interesting national age-old holidays and noisy modern festivals are held here. Every year, interesting events are held in Buddhist monasteries. Everyone can witness some monks’ rites.
In the city surroundings, there are unique nature attractions. Nature admirers can see here the wonderful waterfall called Small Zhombolok. It is over 20 m high. Over hundreds of years, this waterfall has been a sacred object for the local people. Near the waterfall head, there is a small gazebo that has survived to this day. The waterfall is surrounded by amazing forests. The hiking route to it will turn into an unforgettable adventure. 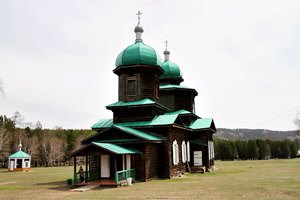 Sable Lake is one of the biggest ponds in the region. It attracts tourists with its inimitable beauty. There are age-old forests growing along the lake shores. The shores have a spectacular view of the mountains. In a warm period, tourists can choose from dozens of hiking routes of different length.
The guests of Ulan Ude have an opportunity to visit one of the largest outdoor museums in Russia, the Ethnographic Museum of the People of Transbaikal. It occupies about 37 hectares. The museum presents over 40 architectural monuments transferred here from different parts of the region. Each of the old houses stores the collection of interesting historical and ethnographic exhibits. The museum collection includes over 11 000 artifacts. For the visitors’ convenience, the large area of the museum is divided into several themed zones. 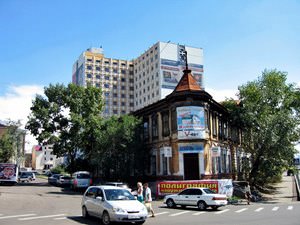 As for religious monuments of Ulan Ude, one of the most famous is Atsagatsky Datsan (Temple) founded in 1825. It was being built without any prior official permission. The historic construction has been preserved in an excellent form to this day. It was built in accordance with national traditions. The temple has a view of picturesque natural landscapes surrounding it.
In the city, there is the interesting Geological Museum. Here, you will discover that in the surroundings of Ulan Ude deposits of rare minerals have been found. The museum is located in the beautiful historic mansion that belonged to the local wealthy merchant at one time. Here, you can see rare samples of minerals and rocks that are produced in Buryatia. Educational excursions are also held for children here. 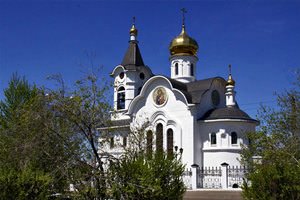 In the beautiful pedestrian street called Buryatsky Arbat, there is the Ulan Ude History Museum. It houses the multifaceted collections of different exhibits, from historical documents and pieces of art to the natives’ personal items.
This guide to iconic landmarks and sights of Ulan-Ude is protected by the copyright law. You can re-publish this content with mandatory attribution: direct and active hyperlink to www.orangesmile.com.

City tours, excursions and tickets in Ulan-Ude and surroundings

Sights around Ulan-Ude from our guide 'Extreme places on Earth' 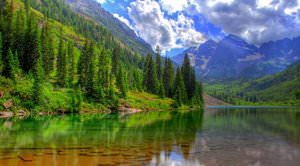 Distance from Ulan-Ude center - 154.2 km.
Scientists still don’t know exactly about the lake origin. Some say that it has appeared after the tectonic activity and the approximate age of the lake is estimated at 25 million years. There are about 2 600 species of the lake inhabitants. More than a half of water inhabitants are endemic, you can’t see them in any other basin of the world. The main ecological problem of Lake Baikal is the sewage. A large number of small and middle-sized rivers fall into the lake, and several of them are polluted with the industrial waste. … Read further 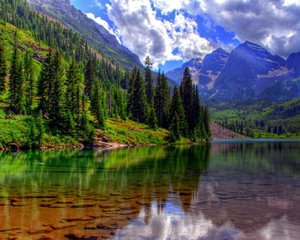 Distance from Ulan-Ude center - 154.1 km.
Baikal is remarkable not only for its impressive scale and unusual theory of formation. It is the center of a unique natural area. Directly in the lake there are more than 2600 species of animals, among which 50% are endemic animals. Baikal's water is rich in oxygen, which creates a comfortable environment for the development and residence of a variety of aquatic animal species. Nowadays, travellers have an opportunity to fully appreciate the beauty of the amazing Baikal. They can go on a cruise on the lake-sea or stroll along its picturesque shores. On its shores there are several interesting and original settlements. … Read further

Search touristic sites on the map of Ulan-Ude

Sightseeing in regions nearby Ulan-Ude

Irkutsk
Of all Siberian cities, only Irkutsk and Yeniseysk received historical status. In total there are about 685 historical and cultural monuments in Irkutsk, and more than 100 of them are federal. The most ancient part of the city is of the greatest interest for fans of walks in historical places. For three hundred years the city has experienced many important events. Its modern ... Open »
Ulaanbaatar
This wonderful city was founded in 1639. This is a major political and cultural center of Mongolia. The number of attractions in this city is so big that even enumerating them all is very difficult. Such a wide choice of iconic places, beautiful old buildings, theaters and museums has always attracted travelers from all over the world to Ulan Bator. Several attractions are ... Open »
Krasnoyarsk
Nowadays Krasnoyarsk is a modern industrial center famous for its unique architecture. This is the motherland of talented Siberian craftsmen and one of the most beautiful cities of the country. The city is a large transportation crossing. Through its gates northern, central and western Russia gets access to markets of the entire world via water, railway and automobile ... Open »
Beijing
Beijing is the second largest city of China. However, if Shanghai, which occupies the first place, is an economical and entertainment centre of the country, Beijing is its cultural and political capital. The city is growing and changing at a fantastic speed. Sometimes the whole districts change their look at once; when Beijing got the status of the capital of Olympic Games, ... Open »
Harbin
There is an international airport in Harbin, which is the largest airport in Northeast China. Every day, airplanes from two hundred international airports located in one hundred different countries arrive at Harbin International Airport. That is why tourists are unlikely to experience any problems with getting to this city. Once you land in Harbin, you can take a taxi to the ... Open »
Pyongyang
Pyongyang is the capital of North Korea. This large city is situated in the west part of the country. The name Pyongyang means “the place that is always cozy”. When arriving in the city, it is easy to understand why this North Korean city has such a pleasant name. The area near Pyongyang impresses generations of travelers with its picturesque and unforgettable beauty. ... Open »

All about Ulan-Ude, Russia - sightseeings, attractions, touristic spots, architecture, history, culture and cuisine. Prepare your trip together with OrangeSmile.com - find out the 'must see' things in Ulan-Ude, which places to visit, which excursions to take, where the breathtaking views are waiting for you. Planning your trip with this travel guide will help your to get the most out of Ulan-Ude in few days.