Sightseeing in Adler - what to see. Complete travel guide 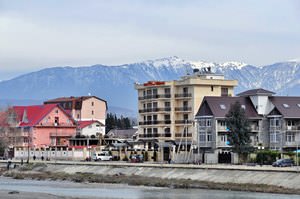 The city was founded in ancient times, at the time when the savage and warlike tribes of the barbarians lived on the shores of the Black Sea. This is substantiated by the numerous findings of archaeologists: stone weapons and household items found on the fields of former state farms. In ancient times on this territory there lived tribes engaged in farming and fishing. Also, at the coast of the sea were found flat containers similar to pans, in which settlers evaporated sea water and received salt.
Cuisine of Adler for gourmet with top restaurants and cafe
With food in Adler there will be no problems; cafeterias, restaurants and cafes are met here at every step. In summer, most inns and hotels offer comprehensive lunches, dinners and …

Open
At the beginning of the 6th century AD, 1300 years ago, the first Greek colonies were formed on the coast. One of the books, dating back to the beginning of the last century, which describes in more detail the Black Sea coast of the Caucasus, was written by a traveler-geographer, the legendary Swiss Dubois de Montpar. In this book the first name of the city in the local language is Ardlar.
During the Caucasian wars among the Russian officers were Germans. In addition, numerous Russian officers perfectly knew the German language. It was quite difficult for them to pronounce the name Ardlar, in comparison to pronouncing the German word "Ardler", which in translation meant "Eagle". One of the main features of the city was a specific climate. Due to the increased level of moisture and frequent torrential rains, numerous marshes were actively spreading malaria. Until the middle of the XIX century, this disease was a real disaster for all residents and it scared off all visitors. Hardly, not every local experienced the severe debilitating illness. Copyright www.orangesmile.com
Authentic traditions, festivals and lifestyle of Adler inhabitants
Speaking about the peculiarities of the popular Black Sea resort, it is worth noting the Caucasian cordiality inherent in Adler. A significant part of the indigenous people came from the …

Open
Due to the high mortality among the people, the city's territory was called the "Valley of Death". Activities in the active fight against malaria were led by a doctor Sergei Yuryevich Sokolov. Only in 1856 came the official announcement that the swamp fever was completely over. In 1979, Adler received the status of a biosphere city, as a site of virgin nature with a unique animal world and diverse vegetation. In 1999 the city was included in the general list of World Natural Heritage sites of UNESCO. 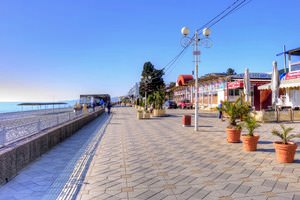 Over the past few decades, Adler has built many new comfortable sanatoriums, hotels and health resorts, which will satisfy the demands of even the most sophisticated tourists. The main advantage of the location of the sanatoriums and hotels of Adler is that most of them are located on the first or second coastline. Adler is an island of goodwill and tranquility. Combined with beautiful nature and subtropical climate, it will surpass the expectations of the most demanding tourists.
Advices to travellers: what you should know while being in Adler
1. Adler has a very advantageous location, next to the city there is an airport and a train station. For those who are preparing to go on holiday in Adler in summer, it is best to purchase …

Open
One of the main tourist attractions in Adler is the Olympic Park built for the Winter Olympic Games in 2014. When the Games came to an end, it was decided not to destroy sports constructions. Today, they are used to hold different sports competitions. You can even visit some of these places. The Olympic Park is located on a small hill, near the coast, and has a wonderful view of the sea. 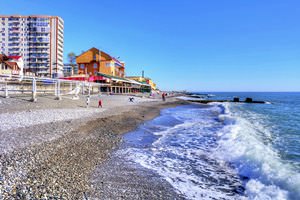 The resort and its surroundings are notable for outstanding nature attractions. The most beautiful park in the city is called Southern Cultures. It occupies almost 20 hectares. In the park, you can see rare plants. In total, there are over 5 000 plant species, including wonderful Japanese sakura, tulip tree, and other exotic plants. One of the main attractions in the park is a huge oak aged over 300 years. There are also several beautiful artificial ponds with lilies and an amazing rose garden.
Cuisine of Adler for gourmet with top restaurants and cafe
With food in Adler there will be no problems; cafeterias, restaurants and cafes are met here at every step. In summer, most inns and hotels offer comprehensive lunches, dinners and …

Open
Nature admirers should certainly visit the Monkey Nursery. It is an unusual historical attraction, as it was founded in 1927. Today, about 4 500 monkeys live in the nursery. Tourists can take very interesting excursions around it. They can see rare monkeys and learn about how these animals help modern medicine. 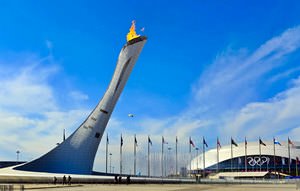 In Adler, there is an amazing Aquarium and Dolphinarium opened in 1998. Every year, these attractions are visited by over 130 000 people. In the dolphinarium, you can see rare animals and enjoy shows with sea lions and white whales. Besides exciting shows, the visitors can take part in many interesting entertainments.
Authentic traditions, festivals and lifestyle of Adler inhabitants
Speaking about the peculiarities of the popular Black Sea resort, it is worth noting the Caucasian cordiality inherent in Adler. A significant part of the indigenous people came from the …

Open
Among cultural venues, the Museum of Adler History is worth being mentioned. It was founded in 1989. Today, precious paleontological, archeological and handcrafted collections are presented. It also houses a lot of unique artifacts. Some of the archeological artifacts date back to the Paleolithic. All of them were found in the city surroundings. Most of the museum exhibits date back to the 19th century, for example, beautiful national costumes and craft items.

This guide to iconic landmarks and sights of Adler is protected by the copyright law. You can re-publish this content with mandatory attribution: direct and active hyperlink to www.orangesmile.com.
Adler - guide chapters 1 2 3 4

City tours, excursions and tickets in Adler and surroundings

National and city parks around Adler
♥   National Park 'Sochinsky' , 21.9 km from the center. On the map

Sights around Adler from our guide 'Extreme places on Earth' 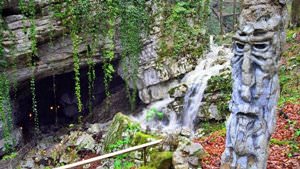 Distance from Adler center - 20.8 km.
The main cave’s halls have small bridges and wooden platforms. The carefully created lightning system gives an opportunity to see the whole beauty of the stalactites and stalagmites. The Prometheus Grotto is one of the most interesting places in the cave complex. The cave also has a Music hall which was named so because of its origin. The hall was formed by the dripstone and resembles an organ. Only in 2000 tourists could get into the Vorontsovskaya Cave Complex. Just one excursion route is available for visiting now. … Read further 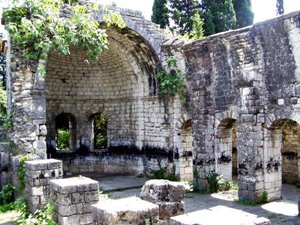 Distance from Adler center - 14.2 km.
Hollow clay vessels were found in some walls; they allow to improve the acoustics. Over the years, the ancient temple was reconstructed several times. The first major reconstruction took place at the turn of the 15th-16th centuries. At this time Tsandripshsky temple was rebuilt into a fortress. Researchers found the remains of a fortress foundation close to the shrine. Despite the fact that the ancient temple is not active, since recently, preachings are regularly held there. They take place almost every week. … Read further

Search touristic sites on the map of Adler

Sightseeing in regions nearby Adler

Khosta
There is everything you need for comfortable and interesting recreation: a worthy choice of hospitality venues and restaurants, attractive beaches, and a great variety of interesting attractions. Hosta gained the status of the city in 1899 but the first settlements at the site of the modern city appeared much earlier. The city started to be actively built up in 1912. The ... Open »
Sochi
The resort will also impress fans of extreme sports. The mountainous area is perfect for mountaineers and sportsmen wanting to hang-glide or raft down the river. Sochi will not bore skiers too. The actively developing village of Krasnaya Polyana attracts a lot of skiing fans. In the summer, a lot of interesting cultural events and festivals that can diversify your vacation are ... Open »
Krasnaya Polyana
Originally, the village was called Kbaade and then Romanovsk, as it was often visited by the representatives of the Romanovs. Consequently, the city was eventually changed to Krasnaya Polyana. It is considered that this name was given by Greeks inspired by the beauty of the fall purple fern growing here. Not far from Krasnaya Polyana, in the mountains, the famous mineral water ... Open »
Tuapse
The main attractive factor for many travelers is local beaches that are perfect for family recreation and are well equipped. In summer, the main travelers’ entertainment is relaxation at the beach. Many tourists successfully combine it with exploring nature attractions. The resort is also famous for unique historical monuments. There are mysterious dolmens and the ... Open »
Krasnodar
The first settlement was the concentration of Ukrainian huts surrounded by wooden watch towers. This islet appeared in the vast oak wood covering the right coast of Kuban. A century and a half later, Ekaterinodar gained a city status. A railroad was built here in the late 19th century, which made future Krasnodar the transport and industrial center of Kuban. At that time, ... Open »
Novorossiysk
Also, very few people can doubt the fact that Novorossiysk is a large transport hub. Firstly, there is the powerful port on the Black Sea. It includes passenger, cargo and oil terminals. Secondly, there are highways and railroads in Novorossiysk. Finally, Novorossiysk is a big tourist city. It is the popular resort of Kuban that attracts people from all corners of Russia. ... Open »

All about Adler, Russia - sightseeings, attractions, touristic spots, architecture, history, culture and cuisine. Prepare your trip together with OrangeSmile.com - find out the 'must see' things in Adler, which places to visit, which excursions to take, where the breathtaking views are waiting for you. Planning your trip with this travel guide will help your to get the most out of Adler in few days.