Sightseeing in Lipetsk - what to see. Complete travel guide 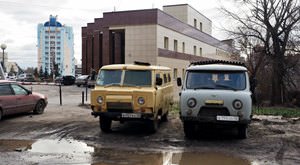 Lipetsk is one of the ancient towns in Russia. It is located in the western part of the Oka-Don Lowland, on the Voronezh River, 508 km south of the Russian capital. In the city, there is a railway station, a large pier and an airport. Lipetsk is a large transport hub, which population is over 500 thousand people. At the beginning of the 18th century, there was the village called Malye Studyonki Lipetskiye. In 1702, upon the order of Peter the Great, plants for processing steel, iron and making cannons were built near the junction of the Lipovka and Voronezh rivers that were rich with the deposits of bog ore.
In 1709, the settlement formed near the plant was renamed Lipskiye and a little later - Lipetskiye Zhelezniye Zavody. In the second half of the 18th century, the settlement turned into the chief town Lipetsk that was a part of the Tambov Governorate. The plants built upon the order of Peter the Great had worked until the late 18th century. They were closed in 1795.
Besides, Lipetsk is still a large industrial center. At the beginning of the 20th century, there were distillery, iron, leather and sugar factories. The metallurgical industry of Lipetsk got its second life in the 1930s when the small provincial town gained an opportunity to become an industrial center of the Central Black Earth Region. Factories forming a core of the town industry were opened in that period. Copyright www.orangesmile.com
Lipetsk is divided into two parts with the Voronezh River. The historical district of the town is on the right bank where most of the residential buildings are located. Exactly this district attracts more inquisitive tourists who want to admire historical monuments. As for the left bank, this is an industrial district. The town is also visited by many business tourists, so the hotel and gastronomic infrastructure of Lipetsk deserves the highest praise. 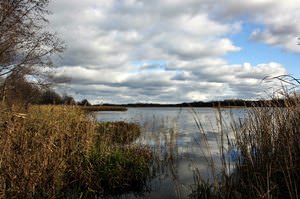 In the surroundings of Lipetsk, there are archeological monuments telling about ancient settlements that were located at the site of the modern town in the past. Archaeologists found the layers of the 3rd century BC on “Lipetsk Lake”. There were also settlements located at the site of the Lipetsk TV Tower in the 2nd century BC. In pre-revolutionary Lipetsk, there were many parish churches, most of which were destroyed in the Soviet period.
In Lipetsk, fans of excursions should certainly visit the Borki Residence built in 1901. At the beginning of the 20th century, it belonged to the noble family. The residence resembles a real medieval castle with its silhouette. The historic building has been partially preserved to this day. In the first half of the 20th century, the residence belonged to the famous merchant Sheremetyev who built here a big stable and bred horses. After the Revolution, this historic building served as an orphanage and then school. The construction has recently been recognized as a historic monument of national significance. 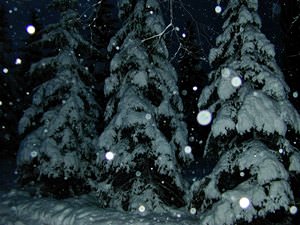 The Local History Museum will tell you about the history and cultural heritage of the city. It impresses with its size. The museum collection includes almost 200 000 exhibits presented in 18 showrooms. The museum collection started being formed in 1909. Now, its visitors have an opportunity to see the collections of old books, pieces of art, religious artifacts, and ethnographic exhibits.
Travelers with children should visit the Zoo of Lipetsk opened in 1973. Today, this zoo is a home for 3.5 thousand animals and birds of 300 species. Here, you can even see rare animals listed in the Red Book. Not so long ago, the petting zoo was opened in the territory of the zoological garden. Here, you can see the friendliest representatives of the animal world. In the zoo, educational excursions are often held for children of different ages. 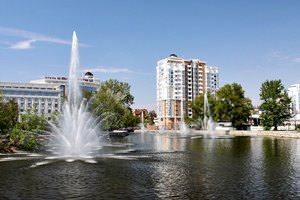 Among religious attractions of the city, the Nativity Church built in the period between the 18th-19th centuries is worth being mentioned. Like other religious monuments, the church was abolished after the Revolution. The building served as the Local History Museum for some time and gained its original status back only in 1991. Despite its heavy fate, the temple has preserved its magnificent historic exterior. In 1991, it was recognized as a main religious venue in the city.
This guide to iconic landmarks and sights of Lipetsk is protected by the copyright law. You can re-publish this content with mandatory attribution: direct and active hyperlink to www.orangesmile.com.

City tours, excursions and tickets in Lipetsk and surroundings

Search touristic sites on the map of Lipetsk

Sightseeing in regions nearby Lipetsk

Tambov
For many years, the fortress town had been protecting the capital from nomads, the Tatars and the Kalmyks. The most important events in the history of the town were the attack led by Stepan Razin in 1670 and the attack led by Chieftain L. Hohlach in 1706. The fortress repelled both attacks but the town started losing its important military significance at that time. The ... Open »
Tula
At the beginning of the 20th century, there were 50 big factories manufacturing samovars in the city. Every year, more than half a million samovars were manufactured here. They were of great demand and sold in different cities. Tula also played an important role during the Great Patriotic War and gained the honorable status of the hero city. Today, the enchanting city with an ... Open »
Ryazan
In the 15th century, the city continued to develop and be built up. At that time, the stone Cathedral of the Assumption was built. Only its apses have survived to this day. Until the 16th century, the Peryslavl had been relatively free. Although it had to pay taxes, it was governed by the Ryazan duke. Moscow continued exerting pressure on Peryslavl, which bore fruit. In the ... Open »
Kursk
Food stocks were often imported from here to capital city Kiev. In the late 11th century, Kiev became the capital of the appanage princedom, which automatically made it one of the most important cities in the defense line. In Kursk, people could not only battle, but also smelt metal, make weapons, work tools for plowmen, ceramic items, glass and even iron decorative elements. ... Open »
Kolomna
Only seven towers out of the seventeen have survived until our days. Kolomenskaya or Marinkina Tower is the highest of them all. A part of the kremlin’s territory is now Sobornaya Square with the Uspensky cathedral. Have you ever thought of returning to the past and looking at history through the eyes of local people? Kolomna Kremlin is the right place to do this. It will ... Open »
Belgorod
In the XVIII century Belgorod became the administrative center of the Belgorod province, which included the Eagle and Kharkov. In the XIX century, the city lost its status and became a major industrial center, chalk and wax was being reclaimed on its territory. It is worth mentioning that at this time Belgorod was one of the largest centers of trade in vodka and lard. Now ... Open »

All about Lipetsk, Russia - sightseeings, attractions, touristic spots, architecture, history, culture and cuisine. Prepare your trip together with OrangeSmile.com - find out the 'must see' things in Lipetsk, which places to visit, which excursions to take, where the breathtaking views are waiting for you. Planning your trip with this travel guide will help your to get the most out of Lipetsk in few days.