Sightseeing in Tula - what to see. Complete travel guide 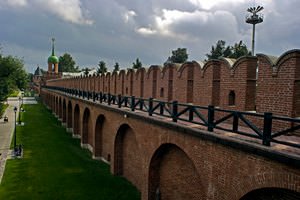 Tula has long been one of the most visited Russian cultural centers. Literally everyone knows the national symbols and beautiful traditions of the old city. The famous Tula honey-cake can be boldly called one of the most popular sweets in the country. The city was first mentioned in the chronicles in the middle of the 12th century. However, the exact date of the foundation of Tula is still not known.
Since ancient times, Tula has had a great strategic significance. It had been the largest defensive centers of the southern border of Russia until the middle of the 17th century. Then, the borders were extended and the city status changed. Tula became a large industrial center. At the beginning of the 16th century, the locals started to make guns. A hundred years later, the craft production of arms was replaced by the manufacturing.
It should be noted that this stage was one of the most interesting and eventful in the city history. Those travelers who want to visit one of the most popular Tula museums can see the samples of old weapons made by the best Russian blacksmiths. The decline in the arms industry took place after the Patriotic War of 1812. In the middle of the 19th century, the main fields in Tula were the manufacturing of accordions and samovars. Copyright www.orangesmile.com
At the beginning of the 20th century, there were 50 big factories manufacturing samovars in the city. Every year, more than half a million samovars were manufactured here. They were of great demand and sold in different cities. Tula also played an important role during the Great Patriotic War and gained the honorable status of the hero city. Today, the enchanting city with an age-old history attracts travelers with plenty of culture centers and beautiful traditions. 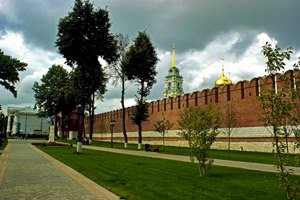 It provides a worthy choice of hospitality venues, some of which are decorated according to the best traditions of the national style. Tula is mostly visited in summer but this city is perfectly suitable for winter recreation too. In winter, travelers can diversify their leisure with very interesting entertainments. They can ride a dog sledge along picturesque snowy streets, visit the colorful Christmas Fair and devote their time to classic Russian amusements. Tula is a city with the wonderful Russian spirit that will charm its guests from the first minutes.
The most famous historical symbol of the city is the Tula Kremlin. It was built in the 16th century and is a vivid example of Russian architecture. For many years, it has been an important defensive object protected the state border from nomadic tribes’ forays. The Tula Kremlin is one of the most impregnable fortresses in Russian history. Many famous conquerors failed under its walls. The historical complex has been preserved to this day in an excellent form. On its territory, you can see here the constructions of different types. 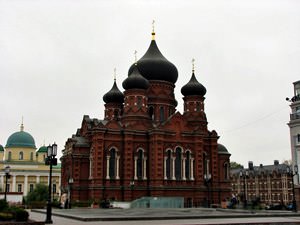 In the Kremlin, there are the most significant religious monuments of the city, the Cathedral of the Assumption and Epiphany Cathedral. At one time, they were built at the expense of rich local merchants. The temples are distinguished by an incredibly beautiful design. In the Soviet period, these churches were not destroyed. At that time, the Arms Museum was opened in Epiphany Cathedral. It still works now but the temple hasn’t managed to gain its religious status back.
One of the most popular culture centers in Tula is the Museum called Tula Gingerbread. It is dedicated to the most famous and most popular national sweet. The museum tells its visitors about the history of the famous Tula gingerbread. Its exhibits include old molds and confectionery tools used by local masters hundreds of years ago. The museum stores several special gingerbreads that were cooked for important historical events. The main attribute of the excursion is the tasting of gingerbreads made by Tula confectioners. 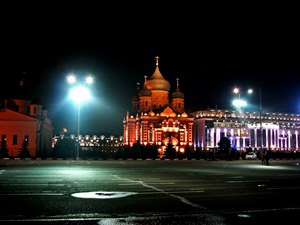 The important excursion object is Bogoroditsky Palace and Park located in the immediate surroundings of the city. This luxurious palace surrounded by the park belonged to the famous count's family. The residence was built in the 17th century. Since its construction, it has been considered one of the most beautiful constructions in the region. Since its founding, the palace has been preserved almost in its original form. Many people compare it with the luxurious palaces of Petergof. It is more interesting to visit this attraction in late spring when trees and flowers bloom in the garden.
In Tula, there is the estate Yasnaya Polyana. Lev Nikolaevich Tolstoy, a famous Russian writer, lived here once. Today, the estate serves as the themed museum dedicated to the eminent writer’s life and art.
This guide to iconic landmarks and sights of Tula is protected by the copyright law. You can re-publish this content with mandatory attribution: direct and active hyperlink to www.orangesmile.com.

City tours, excursions and tickets in Tula and surroundings

Survived castles around Tula
♥   Castle 'Vysotsky Monastery' , 78.5 km from the center. On the map 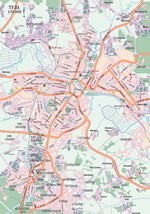 Search touristic sites on the map of Tula

Sightseeing in regions nearby Tula

Kaluga
In Kaluga there is uniqueness, from the architectural point of view the Trinity Cathedral, which was built in the 18th century. The development of the project involved a fairly well-known architect at that time Yasnigin, who proposed to build a dome 8 meters in diameter without additional fortifications. This was the first experience of such construction in Russia, and the ... Open »
Kolomna
Later, Kolomna became a part of the Grand Duchy of Moscow, starting the process of Moscow expansion. The 15th century brought many events to this Russian town. When the battles with Ryazan were over, a Lithuanian prince conquered Kolomna. After that, the town survived in four fires. The 18th and 19th centuries were the periods of economic growth for this settlement. Kolomna ... Open »
Ryazan
Originally, the city Kremlin occupied a small territory. In fact, there were boyar and princely residences outside its walls. There was a trading quarter under the walls of the fortress. Near the city gate, there was a city market that was quite big at that time. In the city, there were also several well-fortified monasteries that served as trading posts. The system of the ... Open »
Moscow
Kitay Gorod is considered one of the oldest historical areas of Moscow. This region is located east to the Kremlin. Today this territory is declared a protected area, so in Kitay Gorod tourists can walk through the old streets and see a lot of buildings, each of which is unique and beautiful. Another protected area is Tsaritsyno Park, which territory is the location of the ... Open »
Lipetsk
Besides, Lipetsk is still a large industrial center. At the beginning of the 20th century, there were distillery, iron, leather and sugar factories. The metallurgical industry of Lipetsk got its second life in the 1930s when the small provincial town gained an opportunity to become an industrial center of the Central Black Earth Region. Factories forming a core of the town ... Open »
Bryansk
Since the time of accession to the throne of Tsar Mikhail Fyodorovich Romanov for Bryansk, a fundamentally new historical epoch has come. The city is being settled, and a clear lay-out of streets and shopping areas is being introduced. Through Bryansk in those days there were several roads that connected the Seversky region with Smolensk and the cities located beyond the ... Open »

All about Tula, Russia - sightseeings, attractions, touristic spots, architecture, history, culture and cuisine. Prepare your trip together with OrangeSmile.com - find out the 'must see' things in Tula, which places to visit, which excursions to take, where the breathtaking views are waiting for you. Planning your trip with this travel guide will help your to get the most out of Tula in few days.