Sightseeing in Irkutsk - what to see. Complete travel guide 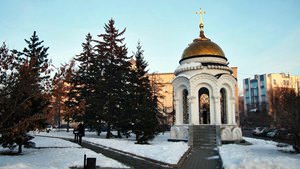 Irkutsk was founded about 300 years ago. During this period, it managed to accumulate a lot of beautiful architectural monuments, which attracts a significant part of modern travelers. The land on which the city is located was opened by the Cossack ataman Ivan Pokhabov. Since ancient times, the main value of these places remains amazing nature; Lake Baikal is one of the outstanding natural objects of the world.
Cuisine of Irkutsk for gourmet with top restaurants and cafe
The indigenous population of the Irkutsk lands is the Buryats; they directly influenced the formation of modern culinary traditions of the city. In Irkutsk, even now, many dishes that …

Open
In the second half of the 17th century the Cossacks built a prison here. In those days these lands belonged to Prince Yandash. Ostrog very soon turned into a real city, because it was located at the intersection of trade routes leading to China, Yakutia and Kamchatka. Already a few decades after the construction of the prison, Irkutsk became the administrative center of the province, which seriously strengthened the status of the major trading city.
About a rich historical period, locals and guests of the city today still recall the preserved sights. On the streets you can see beautiful mansions made of red bricks, which once belonged to large industrialists, tsarist officials and merchants. Old Irkutsk, which was mostly wooden, very often suffered from fires. In 1879, the fire destroyed the entire center of the city and many valuable buildings. Almost all libraries, archives, and also museums with the richest archaeological collections burned down. Copyright www.orangesmile.com
Excursion over cultural sights of Irkutsk - 'must visit' points of interest
Irkutsk is considered the capital of Eastern Siberia. It is a beautiful city with a unique historical heritage and inherent features of modern cities. Around Irkutsk there are many …

Open
The whole city had to be built anew, but the restoration work went pretty quickly. Modern Irkutsk is not only a major industrial center, but also one of the most beautiful cities of Eastern Siberia. It is interesting from a tourist’s point of view. Many old houses were preserved and there are interesting museums. 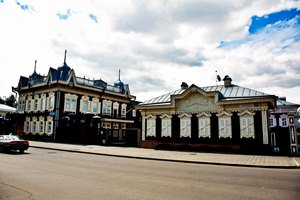 Of all Siberian cities, only Irkutsk and Yeniseysk received historical status. In total there are about 685 historical and cultural monuments in Irkutsk, and more than 100 of them are federal. The most ancient part of the city is of the greatest interest for fans of walks in historical places. For three hundred years the city has experienced many important events. Its modern cultural appearance is worthy of admiration. Fans of outdoor activities will like Irkutsk; the city has excellent conditions for a variety of leisure activities. Guests of Irkutsk should appreciate the diversity of local flora and fauna; the nature of these places is incredibly beautiful and unique.
Your active city break in Irkutsk. Attractions, recreation and entertainment - best places to spend your day and night here
All who come to rest in Irkutsk are waited for by amazing adventures. The neighborhood of the city, especially near Baikal, is surprisingly beautiful. Here is a chic nature, because of which …

Open
In Irkutsk, there are a lot of museums and galleries that will tell you about the culture and history of the city. The complex of luxurious historic buildings includes the Irkutsk Decembrists Museum. It occupies beautiful wooden buildings that were built in the 19th century and belonged to wealthy princes. The visitors of the museum can learn about the life of the princes exiled to Siberia. The museum collection started to be formed in 1970. It includes old furniture, different household items, and personal belongings of former owners of the mansions. 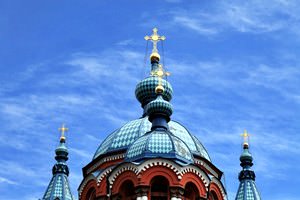 Modern art admirers should definitely visit the Gallery of Victor Bronstein. It is named after the famous businessman V. Bronstein who founded one of the largest galleries in the region at his personal expense in 2011. Now, the visitors of the gallery can see here almost 1 500 sculptures and paintings of different stylistic directions. The gallery houses pieces of art created by famous masters from Russia, Mongolia, China, and Korea.
Cuisine of Irkutsk for gourmet with top restaurants and cafe
The indigenous population of the Irkutsk lands is the Buryats; they directly influenced the formation of modern culinary traditions of the city. In Irkutsk, even now, many dishes that …

Open
In the surroundings of Irkutsk, there is a unique ethnographic outdoor museum called Taltsy. Its main “exhibits” are old wooden constructions created in the period between the 17th and 20th centuries. They were delivered from nearby villages that were flooded completely when the Irkutsk Hydro Power Station had been built. The museum was restored in 1969 and now is located in a beautiful natural area. 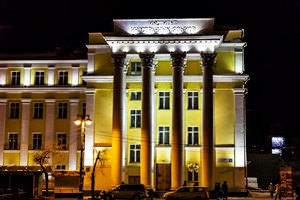 As for architectural monuments of the city, it is worth paying special attention to the House Feinberg. In 1903, this house was built by the famous merchant I. Feinberg who earned good money on gold mines. At the beginning of the 20th century, he was one of the richest residents of the city. The owner never lived in the mansion built upon his order in the eclectic style. He opened here a guesthouse and rent its rooms. Since its construction, this fascinating historic building has been preserved almost in its original form.
Excursion over cultural sights of Irkutsk - 'must visit' points of interest
Irkutsk is considered the capital of Eastern Siberia. It is a beautiful city with a unique historical heritage and inherent features of modern cities. Around Irkutsk there are many …

Open
The most religious monument in Irkutsk is Kazan Cathedral. It was built in the late 19th century. Its main construction material is red brick. The church facade contrasts sharply with its sky-blue roof decorated with beautiful patterns.

This guide to iconic landmarks and sights of Irkutsk is protected by the copyright law. You can re-publish this content with mandatory attribution: direct and active hyperlink to www.orangesmile.com.
Irkutsk - guide chapters 1 2 3 4

Search touristic sites on the map of Irkutsk

Sightseeing in regions nearby Irkutsk

Ulan-Ude
Ulan Ude is the capital of the Buryat Republic. The city is located not far from the Lake Baikal, the world-famous nature attraction. The city foundation began in 1666. Originally, it had the status of the important trade center, as it was located on the Tea Road. The wonderful historical district of Ulan Ude has been preserved to this day. It attracts thousands of tourists. ... Open »
Ulaanbaatar
There are numerous religious monuments in the city. The most famous of them are Gandan Monastery, Choijin Lama Temple Monastery, and many others. Each of them is of a great value; many shrines were built of wood, making them even more attractive and valuable. If you make a trip to Ulan Bator, you will be amazed by the number of museums and exhibitions. Tourists traditionally ... Open »
Krasnoyarsk
Krasnoyarsk is the largest cultural and economic center of Eastern and Central Siberia. The city is also the administrative center of Krasnoyarsk region. The city is situated on the Yenisei River. The population of the city in 2010 estimated over 972 thousands of people. The city differs from other Siberian towns by unique sceneries, mountain landscapes, ancient Siberian ... Open »
Tomsk
Despite the fact that the city is perfect for studying the culture of the past, it will delight fans of modern entertainments too. In Komsomol Avenue, you can see beautiful modern skyscrapers with bright facades. The locals often prefer modern entertainment centers to old museums. The guests of Tomsk can visit several modern cinemas. Those who want to diversify their leisure ... Open »
Beijing
The Forbidden City. The Forbidden City is the symbol of Beijing and the incarnation of the emperor’s epoch. It was built during the reign of Min dynasty, and during 500 years it served as the emperor’s residence. Ordinary Chinese citizens were not allowed to enter the Forbidden City. However, two times during its history the Forbidden City has become the victim of marauding ... Open »

All about Irkutsk, Russia - sightseeings, attractions, touristic spots, architecture, history, culture and cuisine. Prepare your trip together with OrangeSmile.com - find out the 'must see' things in Irkutsk, which places to visit, which excursions to take, where the breathtaking views are waiting for you. Planning your trip with this travel guide will help your to get the most out of Irkutsk in few days.