Sightseeing in Yakutsk - what to see. Complete travel guide 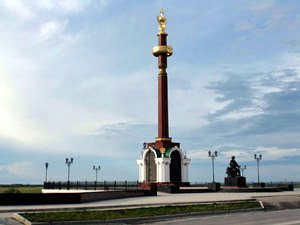 Yakutsk is the biggest city in the north-east of Russia. It is a big port city, as well as a scientific and cultural center. The stockaded town Yakutsk was formed on the right bank of the Lena River in 1632. The town was high-population from the very beginning. Yakutsk flourished at the beginning of the 20th century. It developed primarily thanks to talented governor I. I. Kraft. Under his guidance, power and telephone stations were built in Yakutsk. Museums and culture centers were opened too.
Yakutsk is a unique city. Everything is interesting here, from the rich cultural heritage to weather conditions, to which many travelers haven’t used. The city is the biggest populated area that is located in the permafrost zone but this doesn’t interfere with its full-fledged development. Many tourists prefer visiting Yakutsk in early summer, in the period of so-called “white nights”. On the contrary, the days are the shortest in December. They are no more than 4 hours.
Winters here are harsh and lasting. It is cold already in October. Also, don’t wait for the first thaw before early April. The temperature difference in Yakutsk is really high. Winters here are very cold. In summer, despite its shortness, the air sometimes warms up to 40° C. It should be noted that there are such temperature fluctuations in any city of the world. Copyright www.orangesmile.com
Despite the harsh climate, the city provides pleasant conditions for recreation. There is a lively central area with modern beautiful buildings, a riverside station with the picturesque embankment, and vast park areas that impress the citizens with their blooming several months in the year. In Yakutsk, the entertainment infrastructure is well-developed. The guests of the city are offered to visit interesting cultural events. There are also several research centers, the visiting of which promises to be very informative. 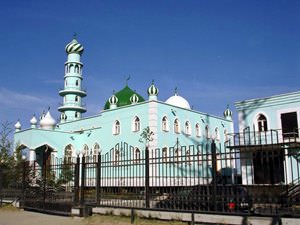 In the city, there is also a wonderful circus, a lot of shopping and entertainment centers, restaurants and pubs. For many travelers, the most interesting entertainment is the acquaintance with the natives’ culture and traditions that are incredibly interesting and multifaceted. Those travelers who are not afraid of the location of the city and its unusual climate will be generously rewarded. They can expect a warm welcome and a lot of pleasant memories and adventures.
The most unusual attraction in Yakutsk is the Mammoth Museum. It occupies the modern spectacular building with the panoramic windows. It is the only museum in the world that classifies and studies paleontological exhibits. The museum was opened in 1991. Since its opening, it has been serving not only as a culture, but also research center. In Yakutsk, there are a lot of unique archeological districts where the remains of prehistoric animals have been found. The most interesting archeological finds are presented in the museum today. 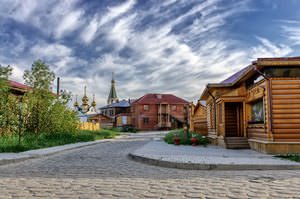 The special symbol of the city is the Museum of History and Culture of the People of the North. It was opened in 1891. The museum became the first culture center in Yakutia that is open for tourists. The first museum exposure was stored only in one room of the Gostiny Dvor building. In 1911, the new beautiful building was constructed for the museum that is still located here. For over a hundred years of its existence, the museum collection has been broadened several thousand times. It is divided into several themed categories for the visitors’ convenience. Here, you can see interesting collections of archeological artifacts and ethnographic exhibits, as well as collections dedicated to the animal world and the nature of the Yakut Region.
In the immediate surroundings of Yakutsk, there is the Us-Kut Ethnographic Center. This outdoor museum tells its visitors about the natives’ culture and lifestyle. You can also see typical Yakut houses here and evaluate their interior. In the unusual houses, there are interesting collections of such exhibits, as pieces of national clothing, fishing tools, different rite items, and accessories. Interesting festivals and themed performances are regularly held in the museum. You can also take part in food entertainments and taste the most popular national Yakut dishes. On the bank of Lena, there is another interesting National Park called “Druzhba” (which means “Friendship”). Its visitors have an opportunity to see unique architectural monuments and admire wonderful nature landscapes here.
This guide to iconic landmarks and sights of Yakutsk is protected by the copyright law. You can re-publish this content with mandatory attribution: direct and active hyperlink to www.orangesmile.com.

City tours, excursions and tickets in Yakutsk and surroundings

Sights around Yakutsk from our guide 'Extreme places on Earth'

Distance from Yakutsk center - 45.7 km.
The main feature of the Yakut installation is its complex operation. It allows the simultaneous measurement of a wide range of components. Such opportunities are not typical for many scientific centers of the world. It was this installation that made it possible to estimate the energy of a particle that initiates a broad atmospheric shower. The unique installation was formed more than 40 years ago. It is the only one in the world that allows simultaneous registration of all components and indicators of the extensive air shower at present. … Read further 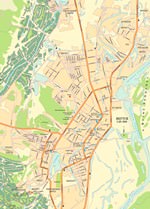 Search touristic sites on the map of Yakutsk

Sightseeing in regions nearby Yakutsk

Khabarovsk
The city is visited by fishermen and hunters who want to spend priceless vacation days far from noisy city streets. Khabarovsk is also favored by fans of extreme kinds of sport who are attracted by picturesque mountainous areas. There are excellent conditions for mountaineering. Tourists also have an opportunity to raft down the mountain river. Those who prefer quieter ... Open »
Harbin
Closer to the end of the construction works, many Russian people settled in the area. When tensions started in the Russian Empire, Russian Jews started actively moving to Chinese territory. After the revolution, many Russians chose to move to Harbin and settle here. Trying to escape from the Soviet Union, many families ran to Harbin in attempts to find tranquil and peaceful ... Open »
Yuzhno-Sakhalinsk
Gourmets will be delighted by a worthy choice of gastronomic venues. Fans of entertainments will be impressed by popular leisure centers, which numbered about 100 in the city. In the warm season, tourists can admire the beauty of local parks and gardens, most of which are decorated in accordance with eastern traditions. The beautiful Russian city with its eastern spirit will ... Open »
Vladivostok
The city was explored by Russian seafarers in the middle of the 19th century, and in 1860 on the shore of the Zolotoy Rog bay the crew of the Russian sailboat "Manchur" founded a military post, which was later named Vladivostok. Soon Vladivostok became the administrative center of the district, and in 1879 the steamship line connected the city with St. Petersburg and Odessa. ... Open »
Sapporo
The main Boulevard of Sapporo is named Odori. It runs through the whole central part of the city, dividing it into two parts. The main sights of the city include two major operating museums – University Museum, which offers the exhibition of the natural-scientific orientation, and the Ainu Museum, which exhibits numerous artifacts related to the history of the Ainu and other ... Open »

All about Yakutsk, Russia - sightseeings, attractions, touristic spots, architecture, history, culture and cuisine. Prepare your trip together with OrangeSmile.com - find out the 'must see' things in Yakutsk, which places to visit, which excursions to take, where the breathtaking views are waiting for you. Planning your trip with this travel guide will help your to get the most out of Yakutsk in few days.