Sightseeing in Novosibirsk - what to see. Complete travel guide 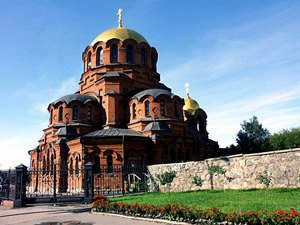 The first references to the foundation of the village at the site of modern Novosibirsk date back to the end of the 16th century. It is likely that exactly the village located at the site of Novosibirsk became one of the first Russian non-military settlements. Its settlers were Russian peasants who established a village with one street on the left bank of the Oka River. Exactly they were the first to trade with the locals, the Kalmyks. Military conflicts often arose here, as these lands did not belong to the Grand Duchy of Moscow. However, there are several peace treaties with local tribes.
The settlement had been full of life and had all the conditions for mutual trade until the 18th century, so it was flourishing and actively developing. At the beginning of the 18th century, all the local tribes of the Kalmyks went to the territory of present Mongolia. At that time, the Krivoschekovskaya Village was not Russian because the population was always mixed. On the other bank of the Oka River, opposite the village, there was the mighty Tsattyr Fortress. It belonged to Chattian tribes that had already been the part of the Russian Empire.
The Siberian Khanate ceased to exist exactly on the territory of present Novosibirsk. Its last leader, Khan Kuchum was tired of war and decided to leave the throne. The 19th century was crucial for the city. It was decided to build a stone bridge across the Ob River where the Siberian railway was built. When workers building the bridge came here, Novosibirsk officially became a city. Originally, it was called Novo-Nikolaevsk. The new city’s fate was similar to the fate of other cities that were only station villages from the beginning. Copyright www.orangesmile.com
By chance, Novo-Nikolaevsk became one of the largest transport hubs of Altay fast. The road to Semipalatinsk was build here, which contributed much to the rapid city development. In 1915, 7 banks were opened here although only 70 thousand people lived here. Newly-built St. Nicholas Church became a new symbol of the city. Novo-Nikolaevsk couldn't flourish further because the revolution and the Civil War had an impact on the city life. When Marshal Tuhachevsky visited the city, the first military plant manufacturing fighters was built here. During the war, about 17 fighters were manufactured per day although 16-year-old boys worked here and received salaries in 800 g of bread per day. Their labor exploit was the true legend in the period of the Great Patriotic War.

Novosibirsk is not distinguished by a diversity of historical monuments but each of them deserved tourists’ attention. The main temple in the city is the Cathedral of St. Prince Alexander Nevsky built in the 19th-20th centuries. The cathedral was built according to the best traditions in the Byzantium style. When it was finished, it was one of few stone constructions in Novosibirsk. After the Revolution of 1917, the temple was closed and new authorities wanted to blow it up. However, the historical monument has managed to survive. Now, the cathedral is surrounded by modern constructions.
Another valuable venue from an architectural point of view is the Cathedral of the Ascension founded in 1913. Initially, the church was wooden. It was reconstructed completely only in the late 70s of the last century. It was finished only in 1988. Today, the church attracts with the collection of old icons stored here. 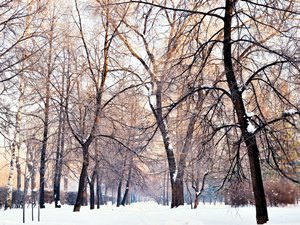 One of the most beautiful historical building serves as the Local History Museum opened in 1986. It was constructed in 1910 and initially served as the City Trade Center. Now, its spacious halls present thousands of exhibits telling about the history and culture of the indigenous people of Siberia. In total, the museum collection includes over 230 000 exhibits.
The Novosibirsk Art Museum will impress not only connoisseurs of painting. Its collection includes the paintings of the famous Russian artists living in the 18-19th centuries. The separate room presents the paintings of the early 20th century. The special collection of icons presented here has a special value. Now, a lot of interesting scientific studies based on the museum exposure are conducted. 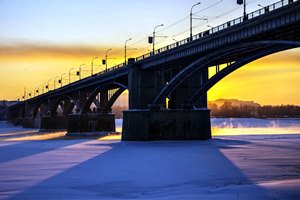 Fans of unusual excursions should definitely visit the Sun Museum. It is dedicated to the solar system exploration, to be exact, to ancient civilization’s conceptions of it. In total, the museum houses over 2 000 exhibits, including very valuable historical artifacts. The museum was founded by V. I. Lipenkov who collected a quarter of the museum exhibits himself.
This guide to iconic landmarks and sights of Novosibirsk is protected by the copyright law. You can re-publish this content with mandatory attribution: direct and active hyperlink to www.orangesmile.com.

City tours, excursions and tickets in Novosibirsk and surroundings

Search touristic sites on the map of Novosibirsk

Sightseeing in regions nearby Novosibirsk

Barnaul
About Barnaul and its history, a lot of interesting things can be told. The building, which now houses the city administration, previously belonged to the Russian general. He was a terribly jealous man, who madly loved his young wife. According to one of the legends, while in a fit of jealousy, the general walled up his wife in the wall of living room of his family mansion, ... Open »
Tomsk
Despite the fact that the city is perfect for studying the culture of the past, it will delight fans of modern entertainments too. In Komsomol Avenue, you can see beautiful modern skyscrapers with bright facades. The locals often prefer modern entertainment centers to old museums. The guests of Tomsk can visit several modern cinemas. Those who want to diversify their leisure ... Open »
Omsk
The city started developing only when it was decided to build the Trans-Siberian Railway here. It gave a boost to the rapid economic development of the settlement. For 20 years, Omsk had turned into a big industrial city. Here, famous shops are opened, streets are paved with stone, new merchant houses with electricity and phones are built. The city became an uncrowned capital ... Open »
Krasnoyarsk
Nowadays Krasnoyarsk is a modern industrial center famous for its unique architecture. This is the motherland of talented Siberian craftsmen and one of the most beautiful cities of the country. The city is a large transportation crossing. Through its gates northern, central and western Russia gets access to markets of the entire world via water, railway and automobile ... Open »
Astana
Among modern buildings the one that is definitely worth visiting is Duman entertainment center. Its territory contains endless attractions, a cinema, a casino, a bowling, several trading halls, restaurants and a hotel. Here you can even visit an oceanarium, which attracts hundreds of visitors every day! During the excursion in this magnificent place you will be able to get ... Open »
Khanty-Mansiysk
Despite this, contemporary trends are present in the city too. There are modern culture and entertainment centers and a big concert hall that is a place where interesting Russian and international cultural events are always held. Khanty-Mansiysk will impress those travelers who want to devote their vacation to interesting sightseeing tours. The history of the city and its ... Open »

All about Novosibirsk, Russia - sightseeings, attractions, touristic spots, architecture, history, culture and cuisine. Prepare your trip together with OrangeSmile.com - find out the 'must see' things in Novosibirsk, which places to visit, which excursions to take, where the breathtaking views are waiting for you. Planning your trip with this travel guide will help your to get the most out of Novosibirsk in few days.