Sightseeing in Stavropol - what to see. Complete travel guide 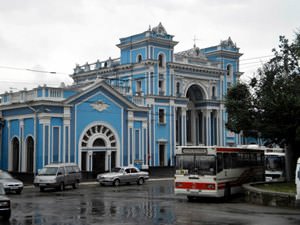 Stavropol is one of the biggest cities of the North Caucasus. This city has a rich and incredibly beautiful history. It was founded as an outpost in 1777. Eight years after, Stavropol gained the status of the city thanks to its successful geopolitical location. The fortress was built upon the order of Count Alexander Vasilyevich Suvorov. The city was named by Duke Potemkin. It should be noted that Catherine II came up with the name of the fortress city but the order for renaming the settlement into Stavropol was issued by her former favorite, Potemkin.
The city is often called the “Gate of the Caucasus”, which explains its strategic importance. Stavropol has long been the important industrial center of the region. It attracts a lot of tourists with its beautiful nature and rich heritage that has been preserved by the natives. In total, there are over two hundred historical monuments attracting inquisitive travelers in the territory of the city and its surroundings.
Besides unique culture objects, the city is famous for its upscale prevention and treatment centers. Today, tourists can visit over 30 wellness centers and sanatoriums of various directions. As for its wonderful nature, a wide choice of amazing city parks and squares should be noted. The city is literally created for walking and camping. In some districts of Stavropol, there are vast forests adjacent to the residential area. Copyright www.orangesmile.com
Fans of excursions will be really impressed by a huge choice of architectural monuments. Those travelers who arrive at the railway station of Stavropol can consider the building of the station as the first object of their sightseeing program. The luxurious building with a white and blue facade, drown in green plantings, looks very spectacular. The actively developing city does not forget about its cultural traditions. Like many years ago, all the national holidays go hand in hand with the performances of Cossack ensembles. Stavropol offers its guests different kinds of recreation from extreme hiking along picturesque mountain areas and health tourism to funny family leisure. 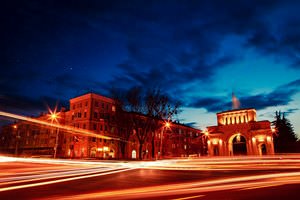 Many people start exploring the city with the Stavropol Local History Museum. It is located in the building of former trading rows that was built in the 19th century. The museum was opened in 1905. When it was founded, it became an only museum on the territory of the North Caucasus. Nowadays, the museum exposure includes almost 300 000 exhibits, including archeological, ethnographic and historical artifacts, as well as pieces of art.
The unusual culture center is the P. M. Grechishkin Art Gallery. It occupies the building of the old mosque. In 1987, the exhibition of famous artist P. M. Grechishkin’ works were held in Stavropol, after which he presented 160 canvasses to the city. They became the core of the gallery collection. Now, it includes over 500 paintings.

The main religious monument of the city is Kazan Cathedral. It was built in the first half of the 19th century. After the Revolution, the old cathedral was destroyed but was restored less than 20 years ago. The new cathedral is more modest than the original one but it still impresses with its incomparable exterior.
The natives and city guests’ favorite place for walks is the Central Park that started to be formed in the 19th century. At one time, there was the luxurious mansion that belonged to General A. A. Velyaminov. The adjacent area of the mansion was the vast garden with artificial ponds, gazebos, and small stages, on which concerts often took place. The historical monument has not survived to this day but the garden has been preserved and developed. Today, there are well-equipped beautiful recreation areas, playgrounds, and children’s rides. 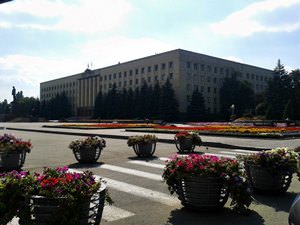 Even the building of the Stavropol railway station is an important historical monument. It was built at the site of the old destroyed station after the Great Patriotic War. Since its construction, this building has been one of the most beautiful in the city. Its blue facade is decorated with fine moldings and arches. There is the beautiful garden opposite the station.
This guide to iconic landmarks and sights of Stavropol is protected by the copyright law. You can re-publish this content with mandatory attribution: direct and active hyperlink to www.orangesmile.com.

City tours, excursions and tickets in Stavropol and surroundings

Search touristic sites on the map of Stavropol

Sightseeing in regions nearby Stavropol

Mineralnie Vody
Nowadays, this city is one of the largest in the Stavropol Region. Like many years ago, it is an important transport, railway and air hub of the North Caucasus. Mineralnye Vody is the member of the Association of the Southern city of the Russian Federation. It has partner and friendly relations with most of the cities of Russia and neighboring countries. Mineralnye Vody is ... Open »
Yessentuki
At the end of the 20th century, Yessentuki became the largest mineral water resort in the country. Here, new sanatoriums were built and the old ones were repaired, the infrastructure was also developed. Nowadays Yessentuki is a rather visited resort, most of the guests come for relaxation with the sole purpose of improving their health. To call the resort noisy and young is ... Open »
Pyatigorsk
The city industry was not developed well. There were brick, tile, four soap and four wax factories in Pyatigorsk. There were also several small forges, potteries, and manufactories where crews and coaches were manufactured. The locals were surviving not due to the manufacturing industry but due to renting out their houses to tourists visiting the city all year round. At the ... Open »
Krasnaya Polyana
The first tourist camp was opened here in the Soviet period, in 1924. It was called Mountain Air. Since that time, Krasnaya Polyana has become one of the centers of the ski tourism. Now, the most expensive road in the world stretching from Krasnaya Polyana to Adler is being built. One kilometer costs the Russian Government 140 million dollars. The sea is only 40 km from ... Open »
Nalchik
This attracted more people to the settlement. They started to settle in the quarters divided according to the ethnicity. Mountain Jews preferred to live in a separate settlement that was a part of the large industrial village but was quite isolated. Not far from Nalchik, there was a big German settlement that had a serious impact on its culture. In the late 19th century, there ... Open »
Krasnodar
In 1920, the soldiers of the Red Army fully dislodged the White Russian from the city. Under Soviet rule, the city steadily developed and became not only the administrative, but also culture center of Krasnodar Region. The city went through the German occupation during the Great Patriotic War and the post-war devastation with honor. Today, Krasnodar is one of the largest ... Open »

All about Stavropol, Russia - sightseeings, attractions, touristic spots, architecture, history, culture and cuisine. Prepare your trip together with OrangeSmile.com - find out the 'must see' things in Stavropol, which places to visit, which excursions to take, where the breathtaking views are waiting for you. Planning your trip with this travel guide will help your to get the most out of Stavropol in few days.