Sightseeing in Saratov - what to see. Complete travel guide 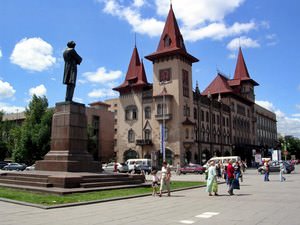 Saratov is one of the largest economic and culture centers of the Volga Region and is among the top 20 largest Russian cities. Saratov is very attractive from a tourist point of view. There are many interesting sites to explore and big culture and entertainment centers. The city was formed as a watch fortress in 1590 and had been protecting the southern boundaries of the country for many years. In the 18th century, Saratov was one of the largest fishing centers. The city is still maintaining its status.
The most attractive venue here is the historic center, on which territory the attractions built in different periods are presented. Now, there are culture centers and museums located on the territory of many architectural monuments. In Saratov, there are also monuments of regional significance.
One of the most popular and most visited places in the city is the Palace of Culture called “Rubin”. Near it, there is one of the most unusual and most fascinating attractions. This is a fountain. It was built in the Soviet period and has not been working for many years. In 2011, the fountain was reconstructed. Today, it is second to none in the city. Many travelers prefer to admire the fountain when it gets dark and it is illuminated. Copyright www.orangesmile.com
During the past few years, the lack of green spaces has been one of the most pressing problems in the city. Every year, new parks and alleys are opened in Saratov. The modern city is very attractive for fans of outdoor recreation. But the situation was different a few years ago. As for the hospitality sector, it is also developing. Now, tourists can choose from 50 large hospitality venues, including fashionable hotels. 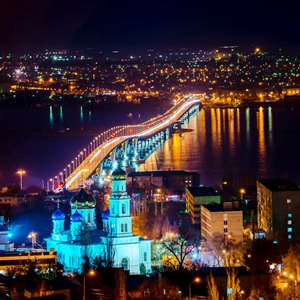 The enchanting city with a developed infrastructure has been literally created for active holidays. It will definitely impress hikers and fans of sightseeing tours. In summer, the guests of Saratov can spend their time at the beaches that provide a wide choice of corresponding entertainments. The visitors can also visit shopping malls all year round. The city is also not without gastronomical venues. There are over 500 such places here. Undoubtedly, Saratov is one of the most attractive cities to acquaint with the culture and traditions of the country.
In Saratov, you can take a very interesting sightseeing tour. In the city, there are a lot of historical monuments and beautiful parks. In the Victory Park, there is the interesting ethnographic museum called the National Folk Village. It is adorned like a beautiful old village. In the museum, you can see constructions in different styles. It tells its visitors about the features of culture and lifestyle of people living in the Saratov Region. Concerts, holidays, food festivals, and other interesting entertainments are regularly held in the museum. 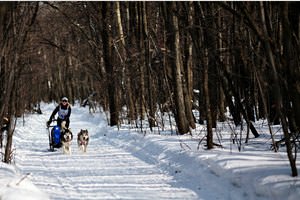 The beautiful religious monument is Holy Trinity Monastery. The first church at its site was built in 1675. It had been working for 20 years and then the stone temple started to be constructed at its site. The present church is a vivid example of the so-called Moscow baroque style. Here, the visitors can see the collection of beautiful old icons.
The spectacular historic building, the facade of which is painted in white and orange, is occupied by the Radishchev Art Museum. It was opened in 1885. It was one of the first museums in Russia that were open for absolutely everyone. In the late 19th century, the core of the museum collection were the paintings of the famous artist A. P. Bogolyubov who was directly involved in the opening of the museum. Now, the gallery houses the works of Surikov, Bryullov, Perov, Repin, Aivazovsky, and other famous Russian painters. 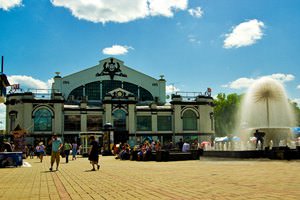 In Saratov, there is also the Local History Museum, which collections started to be formed in the late 19th century. It was opened in 1886 at the personal expense. The exposure was “transferred” to the separate building only in the 30s of the last century. Its collection was expanded fast, so the museum was opened again in the beautiful mansion of the 19th century where it is located today. Nowadays, the museum collection includes almost 400 000 exhibits, some of which are archeological artifacts.
In the picturesque garden, there is the Chernyshovsky’s Museum and Residence. This is the old wooden house where the famous writer and philosopher lived for 20 years. Today, the part of the museum houses the library with collections of scientific books, and the archive. Some of the most valuable exhibits here are personal items and writings of Chernyshovsky.
This guide to iconic landmarks and sights of Saratov is protected by the copyright law. You can re-publish this content with mandatory attribution: direct and active hyperlink to www.orangesmile.com.

City tours, excursions and tickets in Saratov and surroundings

Art galleries in Saratov and around
♥   Art museum 'Radischev Art Museum' Saratov, 3.8 km from the center. On the map

Search touristic sites on the map of Saratov

Sightseeing in regions nearby Saratov

Tolyatti
Stavropol-on-Volga was named after the famous Italian communist Palmiro Togliatti. The modern city is located in a very picturesque area. It is surrounded by lush pine, oak, birch, and lime forests. The territory of Togliatti is distinguished by plenty of green plantings. The city will impress those who like walking along picturesque places. As the city territory started ... Open »
Samara
The city was formed as a watch fortress in the late 16th century. Thanks to the efforts of the locals, a lot of unique historical sites of different epochs have been preserved in Samara. The favorite place for locals and guests’ recreation is the embankment. There is no better place for walking and family recreation. Not all people know that this embankment is the longest in ... Open »
Volgograd
During the war years, almost the whole territory of the city was destroyed, therefore architectural monuments, which guests of Volgograd can admire today, were mostly erected in the postwar period. However, in the most remote areas, you can find a lot of unique buildings, whose age is more than 200 years. The focus of the old buildings is the Kirov and Krasnoarmeisky ... Open »
Tambov
For many years, the fortress town had been protecting the capital from nomads, the Tatars and the Kalmyks. The most important events in the history of the town were the attack led by Stepan Razin in 1670 and the attack led by Chieftain L. Hohlach in 1706. The fortress repelled both attacks but the town started losing its important military significance at that time. The ... Open »
Lipetsk
Besides, Lipetsk is still a large industrial center. At the beginning of the 20th century, there were distillery, iron, leather and sugar factories. The metallurgical industry of Lipetsk got its second life in the 1930s when the small provincial town gained an opportunity to become an industrial center of the Central Black Earth Region. Factories forming a core of the town ... Open »
Kazan
The exact date of the foundation of the city is unknown, but its age is for sure more than a thousand years. The official date of the founding of the city is 1005, but new archaeological findings indicate that Kazan is exactly several dozen years older. The Kazan Kremlin is the main city landmark, which was built during the reign of Ivan the Terrible. It was built by Smolensk ... Open »

All about Saratov, Russia - sightseeings, attractions, touristic spots, architecture, history, culture and cuisine. Prepare your trip together with OrangeSmile.com - find out the 'must see' things in Saratov, which places to visit, which excursions to take, where the breathtaking views are waiting for you. Planning your trip with this travel guide will help your to get the most out of Saratov in few days.