Sightseeing in Chelyabinsk - what to see. Complete travel guide 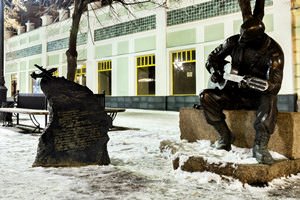 The beautiful Ural city is famous as a place where large industrial centers are located. There are also some of the biggest metallurgical and machine building plants in the country. The fortress city was formed at the site of the small Bashkir village Chelyaba in 1736 and got its name from this village. The event that split the history of the young city took place in the 18th century. The gold deposits were found on the bank of the Miass River. Within days, Chelyabinsk saw the “gold fever”. In the middle of the 19th century, the small fortress turned into a big craft and trade center with one of the richest fairs in the Urals.
The laying of the railway caused the rapid development of the city. At the beginning of the 20th century, there were several industrial enterprises in the city territory. During the Great Patriotic War, Chelyabinsk gained its first unofficial name, Tankograd. Military equipment and ammunition were manufactured here. The contribution of the city to the Soviet army’s victory is invaluable. Today, outstanding architectural monuments and museums that house precious exhibits reminding of important events in the city history.
As for excursions, Chelyabinsk is very interesting in this term. In the city, there are many beautiful preserved buildings constructed in different epochs, several picturesque squares and parks. In total, there are over 10 museums, theatres and concert halls where different cultural events are daily held. Besides, Chelyabinsk is a place where interesting festivals are often held, so the city is always visited by many guests. Those travelers who want to spend several times in the picturesque Ural city can expect a lot of pleasant emotions. Copyright www.orangesmile.com
Travelers can diversify their recreation by studying the historical heritage and visiting modern entertainment centers. If the weather is good, you can walk along the most beautiful city streets and parks. In total, there are 23 large parks in the city. In summer, some of them turn into big outdoor entertainment complexes. From year to year, the modern flourishing city is becoming more attractive for tourists. 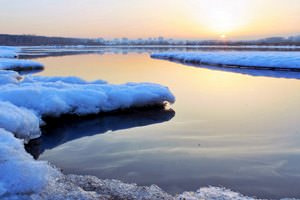 One of the most beautiful places in the city is the landscape garden called “Scarlet Field”. It started to be built after the Great Patriotic War. In the 19th century, there was a main city square at the site of the beautiful park. Fairs and other important public events were regularly held here. One of the most tragic events in the history of the square took place in 1905 when the workers stroke here. To chase them away, the city authorities had to use weapons. Several people were murdered during the demonstration. The park gained its present name exactly due to this tragic event.
The oldest culture center in Chelyabinsk is the South Urals History Museum. It was opened in 1932. Now, the museum exposure includes over 250 000 exhibits, some of which are unique archaeological, historical, and ethnographic artifacts. One of the museum halls presents the natural-science collection. The other one stores pieces of applied art. The museum was “transferred” to its present building in 2006. It is distinguished by modern technical facilities. 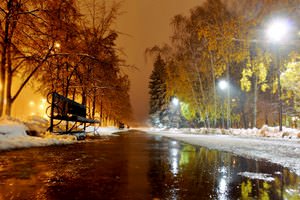 The beautiful religious monument is St. Simeon Cathedral built in the second half of the 19th century. This cathedral is the only one in the city where religious worships were held even after the enthronement of the Soviet authority. It has managed to preserve all its valuable relics. Now, you can see the relics of saints and collections of old icons in the cathedral. The main relic here is the fragment of the Holy Cross.
In Chelyabinsk, there is a small oceanarium that will impress all the nature admirers. It welcomed the first guests in 1983. In 2014, the complete reconstruction of the oceanarium was finished. Now, its visitors can see rare fish and turtles. There is also an interesting terrarium and a special section with insects. This oceanarium is also special because it is the only venue of this type on the territory of the Chelyabinsk region. There is also a wonderful zoo in the city. It opened its doors for visitors in 1996. Today, you can see here over a hundred species of animals, most of them are very rare and listed in the Red Book.
This guide to iconic landmarks and sights of Chelyabinsk is protected by the copyright law. You can re-publish this content with mandatory attribution: direct and active hyperlink to www.orangesmile.com.

City tours, excursions and tickets in Chelyabinsk and surroundings

Sights around Chelyabinsk from our guide 'Extreme places on Earth' 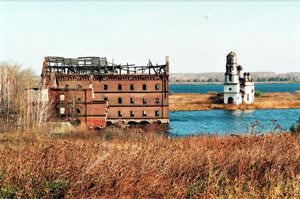 Distance from Chelyabinsk center - 70 km.
After the accident, about 200 people have died because of high radiation dose at the first ten days. During the entire period, 250 thousand people were affected. Today, the highest radioactivity is observed not only in the territory of the plant, but also off the coast of the river Techa. Drop of radioactive waste into the river started in Soviet times. One of the latest facts of waste norms violations at the Mayak was identified in 2005. This chemical plant had a great strategic importance for the country, so even after numerous accidents and violations its work wasn’t suspended. … Read further 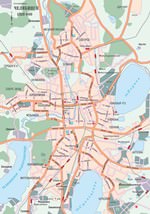 Search touristic sites on the map of Chelyabinsk

Sightseeing in regions nearby Chelyabinsk

Ekaterinburg
Yekaterinburg is a large industrial, scientific and cultural center. This beautiful city attracts travellers by rich historical heritage and truly wide selection of cultural programs. There are 30 museums in Yekaterinburg, several theatres and concert halls. The streets of the city are home to over 600 monuments and the history of each one is unforgettable and miraculous. One ... Open »
Kurgan
Of course, more people lived exactly in the New City. At the end of the 18th century, the master city construction plan was developed by Governor General Kashkin. According to this plan, it was necessary to build up Kurgan by dividing the territory into city quarters and streets orienting them by the Tobol River current. Most citizens lived in wooden houses but rich residents ... Open »
Tyumen
The city flourished in the middle of the 19th century. Tyumen was a large trade and craft center. In the city territory, there were about 70 big leather factories. Merchants from all corners of the country came here for their products. During the Great Patriotic War, large industrial facilities were drawn from the European part of the USSR. The industrial potential of the city ... Open »
Ufa
In total, there are over 20 fountains in the territory of the city. Some of them are decorated with incredibly beautiful sculptures. The first fountain was opened in 1962. You can see it near the Ordzhonikidze’s Palace of Culture. Now, the opening of the fountain season in Ufa is one of the most interesting cultural events that go hand in hand with interesting entertainment ... Open »
Perm
In 1724, the plant started produce metal. Later, other deposits were found here. New plants were built near them but the Yagoshihinsky one was major. The governors of Perm Krai lived exactly in this village. Then, it started developing and new buildings and roads were built. The whole mining industry of the rich province was managed exactly from here and the Yagoshihinsky ... Open »
Samara
The other unique symbol of the city is the railway station. It is the highest building of its kind in the territory of Europe. Samara is one of the most attractive cities of the Volga Region from a tourist point of view. Not only fans of sightseeing tours, but also shopping enthusiasts will like vacationing here. On the territory of the city, there are almost 5 thousand ... Open »

All about Chelyabinsk, Russia - sightseeings, attractions, touristic spots, architecture, history, culture and cuisine. Prepare your trip together with OrangeSmile.com - find out the 'must see' things in Chelyabinsk, which places to visit, which excursions to take, where the breathtaking views are waiting for you. Planning your trip with this travel guide will help your to get the most out of Chelyabinsk in few days.