Sightseeing in Murmansk - what to see. Complete travel guide 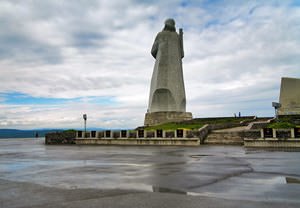 Murmansk is quite a young city. It was formed in 1916. In the past, only the Pomors, the descendants of Russian settlers, lived on the White Sea coast. They started developing these lands in the 13th century. After the establishment of the Soviet Union, the city started to develop fast. It was quite difficult to build it up, as the deserted shore of the Arctic Ocean with granite that was crushed by ice and cracked was not suitable for building any big constructions. Murmansk withstood all the hardships of the Great Patriotic War, although the enemies had bombed the city for about 40 months. Despite this, the locals continued working and fighting. Murmansk was awarded the title of a hero city for valor.
After the war, the city was ruined but then restored from scratch. Moreover, the city expanded its territory, so its streets moved upwards, close to the hills where citizens gathered berries. The building of the seaport played a big role in city history. Today, it is a grand modern building where thousands of people work.
Murmansk is the only city with the population of over 300 thousand people that is so close to the North Pole. It is one of the biggest ports in the world among those located beyond the Polar Circle that never freezes. In Murmansk, the polar night lasts for 42 days and the polar day - for 50 days. The lakes in the city are the remains of glaciers that once existed here. In the city surroundings, there are over 100 shallow lakes, which can be boldly called a unique natural feature. Copyright www.orangesmile.com
The biggest lake here is Imandra, It is so big that it will take you several days to walk from one edge to another. The width of Imandra is 20 km in some places. The average annual temperature in Murmansk is 0° C. The climate here is quite harsh. With it, the city is very interesting for visitors. There is the only oceanarium in the world where people have tamed Arctic seals. There are only seven nuclear ice-breakers and all of them are in Murmansk. Every year, the city with amazing history, unusual nature and other attractive features is visited by more and more tourists. 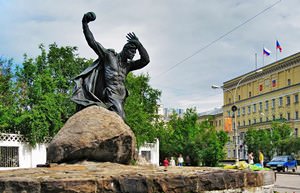 Today, one of the oldest stone buildings in Murmansk is occupied by the Regional Art Museum. This culture center is unique in its own way because it is an only art museum in the world that is located above the Arctic Circle. The museum was founded in the 80s of the last century and the building it occupies now was built in 1927. In the period of the Great Patriotic War, the building was partially destroyed. Its reconstruction has lasted for several decades. Nowadays, the museum collection consists of 7 000 exhibits, including the paintings of the 18th-20th centuries. The museum houses the rich collection of Murmansk artists’ paintings and drawings.
The most remarkable religious monument of Murmansk is St. Nicholas Cathedral. It is the main temple in the city that is distinguished by its spectacular exterior. The temple’s walls are light and interestingly contrast with its green roof and sky-blue and golden domes. The cathedral started to be built in 1986 and lasted for 3 years. There is a well-equipped adjacent area with a garden near the temple. It is distinguished not only by its fascinating exterior, but also with beautiful interior. 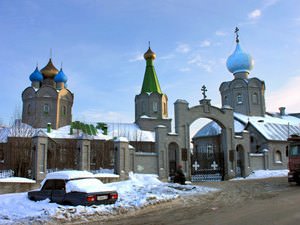 To learn more about the history of the city and its outstanding military achievements, visit the Naval Museum of the Northern Fleet. The museum was founded in 1946. Its official opening was preceded by the three-year exploratory work. Specialists have collected interesting exhibits for the museum for several years. Even experienced historians were involved in the formation of the museum exposure. As a result, the museum houses over 65 000 exhibits. Some of the exhibits presented here are aged over 400 years. Today, the museum has several affiliates located in surrounding cities.
In Murmansk, there is a unique oceanarium. It is the only venue in Europe where Arctic seals, as well as other dwellers of the Northern seas, are kept and studied. The oceanarium was opened in 1996. It is a modern research center where many unique scientific studies are regularly conducted. It is involved in many environmental and social programs, about which its visitors can learn during excursions.
This guide to iconic landmarks and sights of Murmansk is protected by the copyright law. You can re-publish this content with mandatory attribution: direct and active hyperlink to www.orangesmile.com.

City tours, excursions and tickets in Murmansk and surroundings

Search touristic sites on the map of Murmansk

Sightseeing in regions nearby Murmansk

Lapland
As soon as snow starts to melt, fans of hunting and fishing, equestrian rides and hiking, biking and rafting come to Lapland. Vacationers also enjoy high-end leisure at local resorts. There are also golf courses, tennis courts and riding schools. With regard to cultural activities, it’s worth to note Sodankylä and Tankavaara, where interesting museums and historical ... Open »
Rovaniemi
Another interesting entertainment for the whole family will be visiting Ranua Zoo. Here you can see over 50 types of the inhabitants of the Arctic Circle. Jatkankynttila Bridge is one of the most spectacular sights of Rovaniemi. In the center of the bridge you will see an eternal flame. Those tourists, who wish to see Santa Claus, should go to Napapiiri village, where are ... Open »
Oulu
Within last several years here have been opened many centers and stadiums, so travellers can visit the hippodrome, play hockey or jump from the tower into a pool. Of course, such well-equipped city is often chosen as a location of sports events. Competitions take place here literally every week. When it comes to cultural programs, we can recommend making a tour to the Northern ... Open »
Tromso
The city has also prepared a surprise for fans of beer, because a great brewery can be found here. It was opened over a hundred years ago. Here is prepared the best dark beer in Norway are. Diverse your cultural program with the visit to Northern Lights Observatory, in which you will be offered to attend fascinating lectures and a laser show. When you want to admire the ... Open »
Savonlinna
Kolovesi National Park is, surely, the most beautiful nature reserve of the region. Rocky cliffs, clear lakes and thick trees make the park unique and unforgettable, so no wonder why there are always so many visitors here. One can learn the history of the city in details in Provincial Museum. The most important religious place of interest of this city is, surely, Kerimäki ... Open »
Tampere
Museum of espionage is surely one of the most unusual institutions of the country. Actually, this is a complex of approximately two dozen of small museums. The subjects of these small museums are very diverse - there are halls dedicated to art, Museum of Boxing, Museum of Pharmacy, Car Museum, and Museum of Hockey. Vacationers with children should definitely visit Museum of ... Open »

All about Murmansk, Russia - sightseeings, attractions, touristic spots, architecture, history, culture and cuisine. Prepare your trip together with OrangeSmile.com - find out the 'must see' things in Murmansk, which places to visit, which excursions to take, where the breathtaking views are waiting for you. Planning your trip with this travel guide will help your to get the most out of Murmansk in few days.