Sightseeing in Belgorod - what to see. Complete travel guide 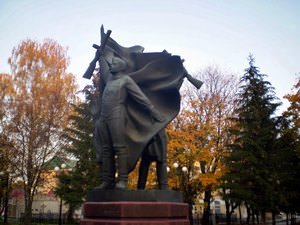 Belgorod is a modern picturesque city with a long history. The first settlements on its territory appeared at the end of the 10th century, and the city was founded much later, in the XVI century. On the site of urban settlements, a military fortress was built, designed to protect the borders of the Moscow kingdom on the southern borders. Over time, the military fortress was supplemented by large-scale residential buildings. The city became the main point on the defense line of southern territories.
Your active city break in Belgorod. Attractions, recreation and entertainment - best places to spend your day and night here
It is difficult to call Belgorod a purely tourist city, but it can offer a variety of options for active recreation. Locals have one of the most sought-after places of rest which is the …

Open
In the XVIII century Belgorod became the administrative center of the Belgorod province, which included the Eagle and Kharkov. In the XIX century, the city lost its status and became a major industrial center, chalk and wax was being reclaimed on its territory. It is worth mentioning that at this time Belgorod was one of the largest centers of trade in vodka and lard.
Now Belgorod is a large and well-organized city with a well-developed transport infrastructure and industry. The tallest building in the city is a television tower, whose height is about 150 meters. Bogdanka is the longest street in the city; its length is almost 9 kilometers, while the shortest is Demyan Bedny Street. Belgorod is located 40 kilometers from the Belarusian border, so there are always a lot of tourists, mostly transit. The city is not a tourist city; on the contrary it is industrial, although it has historical monuments and interesting museums. Copyright www.orangesmile.com
Cuisine of Belgorod for gourmet with top restaurants and cafe
Belgorod is a typical Russian city with its classic culinary features. For a long time it developed as a military and industrial center, the base of the population of which were military, …

Open
In Belgorod, there are a lot of beautiful temples and churches, old educational institutions, technical colleges and schools. Belgorod is modern, in some ways even typical. Today only the appearance of some historical streets is reminiscent of its impressive age. In the city there is a good zoo, and the raccoon Druzhok is the favorite of its regular guests. An unusual city attraction is the sculpture of the famous Bulgakov's Margarita, because she flew here for the Sabbath. True, unlike her literary heroine, the statue is fully dressed and flies for some reason towards the Transfiguration Cathedral. Despite the fact that Belgorod has for many years retained the status of a major industrial center, every year it becomes an increasingly attractive place for recreation, all thanks to the rapid improvement of the city's infrastructure. 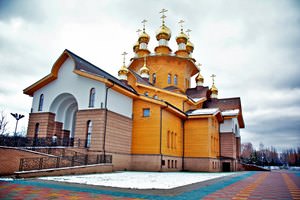 The beautiful religious monument is St. Nicolas Church. It was built in 1703 and is the oldest of the preserved temples in the city. The first church at its site was built much earlier but was completely destroyed in a fire in the second half of the 17th century. During the Revolution, the temple went through one of the most difficult periods. It was closed and served as a jail. In the early 1950s, the building had been serving as a bakery for 30 years. The temple got its original status back not so long ago, in 2005, after being reconstructed.
Excursion over cultural sights of Belgorod - 'must visit' points of interest
Belgorod is incredibly interesting and original; here there are interesting monuments of architecture, ancient temples and museums. Pleasant clean streets, bronze sculptures, original …

Open
Another magnificent and beautiful attraction is Transfiguration Cathedral. Due to its gilded domes and luxurious facade, it is one of the most recognizable monuments in the city. The wonderful church the city guests can see today was built at the beginning of the 19th century. Since its foundation, the old icon of St. Nikolay Ratny has been its main value. After the latest reconstruction in 1994, the interior of the church was decorated in a new way. Today, it houses a lot of religious values that attract pilgrims from all over the world. 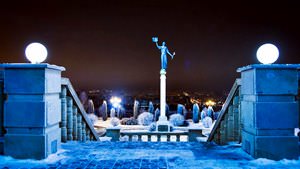 The most interesting cultural place in the city is the Belgorod State Art Museum. Since 2007, it has been located in an unusual modern building that is considered as a real architectural masterpiece. Its facade is decorated with fine painting. The interior of the museum is also worth being admired. The museum collection consists of almost 4 000 unique exhibits, including old examples of icon painting, sculptures, and canvasses.
Your active city break in Belgorod. Attractions, recreation and entertainment - best places to spend your day and night here
It is difficult to call Belgorod a purely tourist city, but it can offer a variety of options for active recreation. Locals have one of the most sought-after places of rest which is the …

Open
Travelers with children should definitely visit the Zoo of Belgorod opened in 1988. Now, over 90 animal species dwell here. Most of them are listed in the Red Book. The petting zoo is especially popular with visitors with little children. Here, children can pet small rabbits, chicks and many other friendly animals. In the zoo, there are a lot of trees. In summer, you can relax in well-equipped terraces and admire beautiful fountains. You can spend the whole day here. In summer, different entertainment events are regularly held in the zoo.

This guide to iconic landmarks and sights of Belgorod is protected by the copyright law. You can re-publish this content with mandatory attribution: direct and active hyperlink to www.orangesmile.com.
Belgorod - guide chapters 1 2 3 4

City tours, excursions and tickets in Belgorod and surroundings

Search touristic sites on the map of Belgorod

Sightseeing in regions nearby Belgorod

Kharkov
Not far from Sumskaya Street is located another sight, the botanical garden, which is a truly beautiful corner of wilderness formed around a pure stream. The choice of plants and flowers here is simply amazing; many species have been imported from exotic countries and have adapted wonderfully to the local climate. The botanic garden is also the start of a ropeway. Use the ... Open »
Kursk
This process was quite slow, as these lands were constantly attacked by the Crimean Tatars. The fortress was completed only at the end of the century. The residents from nearby cities moved here to perform military service. The city was gradually developing. Trade was resumed. The city attracted merchants not only from all over Russia, but also from nearby countries. Then, the ... Open »
Dnepropetrovsk
The highest building in Dnipropetrovsk and a real masterpiece of modern architecture is the residential complex "Tower", whose height is 123 meters. There is the longest building in the city, located on the Heroes Avenue. The length of the building is 830 meters, which corresponds to the distance between two trolleybus stops. The most interesting place in the city is the ... Open »
Lipetsk
Lipetsk is one of the ancient towns in Russia. It is located in the western part of the Oka-Don Lowland, on the Voronezh River, 508 km south of the Russian capital. In the city, there is a railway station, a large pier and an airport. Lipetsk is a large transport hub, which population is over 500 thousand people. At the beginning of the 18th century, there was the village ... Open »
Zaporozhye
The history of Zaporizhia as a city began with the formation of the Novorossiysk province, which was held by the decree of Catherine the Great. In the place of the modern city, the Empress ordered the founding of the Dnieper defensive line to block the Turkish conquerors from accessing the southern borders of the empire. The largest fortress of the line was called ... Open »
Bryansk
Bryansk is one of the oldest and largest industrial cities in the country. It is a major railway junction through which the roads to Kiev, Moscow, Vyazma, Kharkov and other cities pass. In the III-V centuries the territory of the modern city was inhabited by the Slavic tribes, among who were the northerners, Vyatichi, Krivichi, and Radimichi. This is evidenced by the findings ... Open »

All about Belgorod, Russia - sightseeings, attractions, touristic spots, architecture, history, culture and cuisine. Prepare your trip together with OrangeSmile.com - find out the 'must see' things in Belgorod, which places to visit, which excursions to take, where the breathtaking views are waiting for you. Planning your trip with this travel guide will help your to get the most out of Belgorod in few days.