Sightseeing in Samara - what to see. Complete travel guide 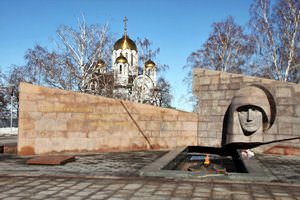 Each year, the prosperous modern city attracts more inquisitive tourists. Samara has everything you need for amazing recreation: a lot of historical monuments and culture centers, modern entertainment complexes and shops, unique restaurants and picturesque places for walks. It also should be noted that Samara is a place where interesting festivals and large-scale cultural events are often held. They attract many guests from all Russian cities and other countries.
The city was formed as a watch fortress in the late 16th century. Thanks to the efforts of the locals, a lot of unique historical sites of different epochs have been preserved in Samara. The favorite place for locals and guests’ recreation is the embankment. There is no better place for walking and family recreation. Not all people know that this embankment is the longest in the territory of the country. Its length and inimitable appearance will impress absolutely everyone.
The other unique symbol of the city is the railway station. It is the highest building of its kind in the territory of Europe. Samara is one of the most attractive cities of the Volga Region from a tourist point of view. Not only fans of sightseeing tours, but also shopping enthusiasts will like vacationing here. On the territory of the city, there are almost 5 thousand shopping sites of different categories. One of them is a large shopping center “Vertical” located in the beautiful 27-storied skyscraper. It is a real city attraction. In the warm season, travelers prefer to spend their time at local beaches that are well equipped and suitable for family recreation. Copyright www.orangesmile.com
The worthy choice of hospitality venues will also delight the guests of Samara. The hotel infrastructure is developing from year to year. Samara is a big industrial and trade center but it started to pay attention to the tourist industry not so long ago. Today, the city is one of the most popular tourist centers of the country and is very popular with fans of different kinds of tourism. The harmonious atmosphere of the city makes it really irresistible for tourists, each of which will feel like a long-awaited visitor in Samara. 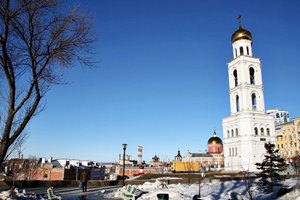 In Samara, there is the former site of the USSR, Stalin’s Bunker that is now open for visitors. This secret bunker was built in the event of nuclear war. The shelter was one of the most modern and most secure in its period. The bunker was declassified not so long ago, in 1990. It is located under the Culture and Art Academy. Today, everyone can see underground shelters built in the event of atomic bombing.
Art connoisseurs will be definitely impressed with the Art Museum of Samara. Its collection started to be formed in the late 19th century. Main initiators of its opening were famous painters of Samara. Their paintings of the 19th-20th centuries are the core of the collection. Today, the museum occupies two luxurious mansions that have a great architectural value. 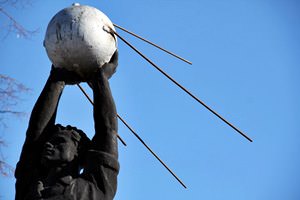 One of the most beautiful architectural monuments in the modern style is the House of Kurlina. It was built at the beginning of the 20th century upon the order of merchant A. G. Kurlin who then presented it to his wife. In the 70s of the last century, the local history museum was opened in the historic building. In 2008, the historical monument was reconstructed for the first time in many years. It was finished in 2012. After the Reconstruction, the Modern Museum was opened in the mansion.
In the city center, there is the Cathedral of the Protecting Veil of the Mother of God that is considered as a main religious monument of Samara. It was built in 1861 at the expense of merchants Shihobalov. The amazing temple is a spectacular example of Moscow stone architecture. Since its construction, it has remained almost unchangeable. The interior of the temple also deserves special attention. Its walls are decorated with delicate frescoes. Many interior elements here are made of rare marbles. 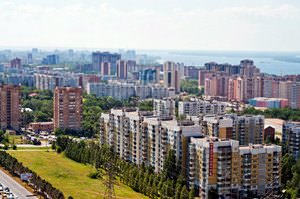 The excellent place for hiking is the Leningradskaya Street, which is one of the most beautiful historic streets in Samara. Its length is over 1.5 km. the street was formed in the 19th century. Now, you can see here beautiful mansions built in the 19th-20th centuries. Most of the buildings have preserved their original names. The street is pedestrian. In a warm period, it is decorated with lush flower beds.
This guide to iconic landmarks and sights of Samara is protected by the copyright law. You can re-publish this content with mandatory attribution: direct and active hyperlink to www.orangesmile.com.

City tours, excursions and tickets in Samara and surroundings

National and city parks around Samara
♥   National Park 'Samarskaya Luka' , 34.2 km from the center. On the map

Search touristic sites on the map of Samara

Sightseeing in regions nearby Samara

Tolyatti
As the city territory started being improved not so long ago, it keeps up with the times. Here, you can see very beautiful modern buildings at each step. There are no historical constructions in Togliatti but there are more than enough interesting culture centers. In 1988, the first theatre in the city was opened. There are also several amazing museums in Togliatti. The ... Open »
Kazan
Kazan is a city of two world religions; along with Orthodox churches there are many mosques. Religious buildings are rightfully considered to be city's decorations. Among the sights of Kazan, the leaning tower is of special interest, with which is connected a beautiful legend about the Kazan queen. According to legend, Queen Syuyumbike was so beautiful that no one could ... Open »
Saratov
During the past few years, the lack of green spaces has been one of the most pressing problems in the city. Every year, new parks and alleys are opened in Saratov. The modern city is very attractive for fans of outdoor recreation. But the situation was different a few years ago. As for the hospitality sector, it is also developing. Now, tourists can choose from 50 large ... Open »
Cheboksary
The enchanting city will definitely impress you with its well-groomed appearance. It was created literally for walking and admiring the nature. You can see here well-kept parks, squares, huge flower beds, fascinating fountains surrounded by benches where you can relax on a hot day. In the city, there are a lot of preserved historic buildings. There are also historical streets ... Open »
Ufa
In total, there are over 20 fountains in the territory of the city. Some of them are decorated with incredibly beautiful sculptures. The first fountain was opened in 1962. You can see it near the Ordzhonikidze’s Palace of Culture. Now, the opening of the fountain season in Ufa is one of the most interesting cultural events that go hand in hand with interesting entertainment ... Open »
Nizhniy Novgorod
At the end of the 1370s, Nizhny Novgorod was ravaged by the Mordovians and the Mongol Tatars. Almost all the Russian regiments died during that terrible massacre on the Pyana River. Some residents of the destroyed city hid in the dense forests of the trans-Volga region. In the 15th century, Nizhny Novgorod was repeatedly ravaged by Nogai and Horde tribes. In the period between ... Open »

All about Samara, Russia - sightseeings, attractions, touristic spots, architecture, history, culture and cuisine. Prepare your trip together with OrangeSmile.com - find out the 'must see' things in Samara, which places to visit, which excursions to take, where the breathtaking views are waiting for you. Planning your trip with this travel guide will help your to get the most out of Samara in few days.