Sightseeing in Vladivostok - what to see. Complete travel guide 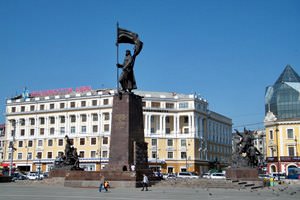 Vladivostok occupies the southern part of the Murav'ev-Amursky peninsula. It is located in the Zolotoy Rog Bay. The city stretches along the eastern coast of the Amur Bay, more than 9,000 kilometers dividing it with its capital. The city port is located on the Pacific coast. Also in Vladivostok there is a large airport of international importance. The climate in the city is monsoon; precipitation falls on the order of 690 millimeters a year, most of them in summer and spring. The city has a wonderful aquarium, a botanical garden, beaches, and a lot of attractive attractions and entertainment. Vladivostok is a fairly large-scale city with an area of 561.5 square kilometers.
Excursion over cultural sights of Vladivostok - 'must visit' points of interest
In Vladivostok, there are many historical monuments, which will be interesting to see for all the guests of the city. One of them is the Primorsky State Joint Museum named after V.K. …

Open
The city was explored by Russian seafarers in the middle of the 19th century, and in 1860 on the shore of the Zolotoy Rog bay the crew of the Russian sailboat "Manchur" founded a military post, which was later named Vladivostok. Soon Vladivostok became the administrative center of the district, and in 1879 the steamship line connected the city with St. Petersburg and Odessa. In 1880, a special "military governorate" was introduced in Vladivostok, and it received the status of a city. From 1888 it became the center of the Primorsky region.
At the end of the 19th century, the construction of the Khabarovsk-Vladivostok railway was completed, and in 1903 a railway communication was established from the capital, which became possible due to the completion of the construction of the Great Siberian Railway. Vladivostok is becoming a major center of shipping and trade, which contributes to the rapid development of the city. Commercial vessels regularly visited the port of Vladivostok, a significant part of which were Korean and Chinese ships. Copyright www.orangesmile.com
Cuisine of Vladivostok for gourmet with top restaurants and cafe
One of the most popular gastronomic establishments in Vladivostok is the Michelle restaurant, located in one of the high-rise buildings of the city. The restaurant's hall is decorated with …

Open
Foreign traders actively imported flour, tea, rice, sugar, groceries and manufactured goods into the city. Crabs, wood, dried fish, sea kale, trepang and other priceless seafood were exported from Vladivostok in huge quantities. In 1917, after the accomplishment of the revolution, the government constantly changed in the city. In April the next year in Vladivostok, a military landing of American, Japanese and British troops landed. Later, Admiral A.V. Kolchak arrived here, and in early 1920 power was transferred to the zemstvo council. Only in the early 90s of the last century did Vladivostok gain political stability, begin to develop and confidently look to the future. 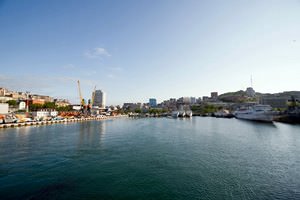 Vladivostok is a real trove of attractions. One of the main symbols of the modern city is its cable-stayed bridges. There are two such bridges in the city. The Golden Bridge is 1.5 long, and the Russian one is 1.1 m long. These constructions are incredibly beautiful and spectacular. It is interesting to admire it in the afternoon, as well as in the evening when they are decorated with artistic lights.
Authentic traditions, festivals and lifestyle of Vladivostok inhabitants
The formation of the cultural traditions of Vladivostok was seriously influenced by the neighboring eastern states. Today in the city streets you can find an incredible number of restaurants …

Open
The main temple in the city is the Cathedral of the Protecting Veil of the Mother of God. The first church at its site was built at the beginning of the 20th century. In 1935, it was completely destroyed. In the Soviet era, there was a park at its site. In the early 90s of the last century, the city government decided to restore the church. It was rebuilt almost in its original form in 2007. 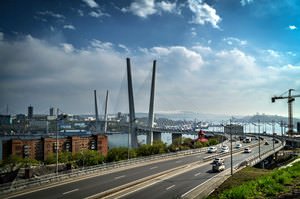 The oldest religious construction in the city is the Church of St. Paul. It was built at the beginning of the 20th century. The author of the church project was the architect G. Junghändel. The church was built in the style of German Gothic. After the Revolution, the religious building was rebuilt into the cinema and then into the club. Over the last several decades, the historical building served as the Museum of the Pacific Fleet. It gained its original religious status in 1997.
Excursion over cultural sights of Vladivostok - 'must visit' points of interest
In Vladivostok, there are many historical monuments, which will be interesting to see for all the guests of the city. One of them is the Primorsky State Joint Museum named after V.K. …

Open
In the beautiful modern building, there is the Oceanarium that is included in the list of the most visited attractions of Vladivostok. From the outside, the huge building resembles the valve of the big seashell. It was opened not so long ago, in 2016. Now, its visitors can see rare fish, crustaceans, jellyfishes, dangerous sea predators, and other exotic sea dwellers. 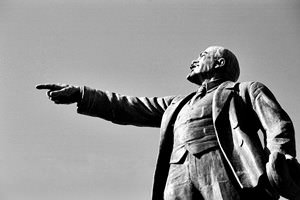 The guests of Vladivostok will have an opportunity to visit the biggest Botanical Garden in the Far East. It belongs to the Far Eastern Branch of the Russian Academy of Sciences. The Garden was founded in the late 19th century but has existed for a long time. The present Garden was set up after the Great Patriotic War, in 1949. There are hundreds of plant species that you can see in the shadowed corners of the Ussurian taiga. In the summer, thousands of fragrant flowers blossom in the garden. Due to indoor pavilions, the garden is open for tourists all year round.

This guide to iconic landmarks and sights of Vladivostok is protected by the copyright law. You can re-publish this content with mandatory attribution: direct and active hyperlink to www.orangesmile.com.
Vladivostok - guide chapters 1 2 3 4

City tours, excursions and tickets in Vladivostok and surroundings

Sights around Vladivostok from our guide 'Extreme places on Earth' 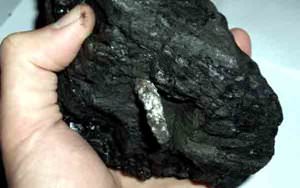 Distance from Vladivostok center - 4.4 km.
In another way, the origin of the metal object can not be explained because humans began to produce such components for optical devices and cars relatively recently - in the first half of the 19th century. But the scientists do not make any definitive conclusions. The toothed gear has yet to be subjected to many tests. … Read further 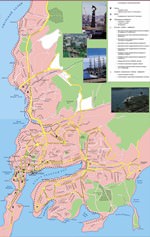 Search touristic sites on the map of Vladivostok

Sightseeing in regions nearby Vladivostok

Harbin
In modern days, the Siberian tiger is an endangered species, so the government tries to help the beautiful striped felines to survive. Initially, there were only eight tigers in the park, but their number has increased significantly over the years. Nowadays, almost three hundred tigers live in Harbin Siberian Tiger Park. They occupy a territory of 144 square kilometers. This ... Open »
Khabarovsk
Romantic people can take a cruise on the Amur, one of the biggest rivers on our planet. Khabarovsk will surprise inquisitive travelers with its multifaceted culture that is primarily influenced by its close proximity to the countries of the Asia-Pacific region. The formation of the natives’ culture was also influenced by China, Japan, Korea, and Singapore. The cultural life ... Open »
Pyongyang
The Kumsusan Palace of the Sun, which was formerly known as the Kumsusan Memorial Palace, remains one of the most famous attractions in Pyongyang. Some people informally call it the Kim Il-sung Mausoleum. This large palace complex is the mausoleum and the grave of the great leader and the founder of North Korea - Kim Il-sung. The palace was built in 1976. For many years, it ... Open »
Seoul
Seoul is an amazing city with centuries’ old history. It is the most populated city and the capital of South Korea. According to historical records, a large town on the site of modern Seoul existed already in the 4th century BC. At that time, it was called Wiryeseong. Subsequently, the city became the capital of Baekje. As it had an advantageous strategic location, the city ... Open »
Sapporo
The main Boulevard of Sapporo is named Odori. It runs through the whole central part of the city, dividing it into two parts. The main sights of the city include two major operating museums – University Museum, which offers the exhibition of the natural-scientific orientation, and the Ainu Museum, which exhibits numerous artifacts related to the history of the Ainu and other ... Open »
Incheon
Do you want to see the first Korean museum opened for the general public? In this case, head to the Incheon Metropolitan City Museum, which opened its doors in 1946. Initially, the main purpose of this establishment was to conduct historical studies and preserve the cultural traditions of Incheon. When the city celebrated its 100th anniversary, a memorial hall and complex ... Open »

All about Vladivostok, Russia - sightseeings, attractions, touristic spots, architecture, history, culture and cuisine. Prepare your trip together with OrangeSmile.com - find out the 'must see' things in Vladivostok, which places to visit, which excursions to take, where the breathtaking views are waiting for you. Planning your trip with this travel guide will help your to get the most out of Vladivostok in few days.