Sightseeing in Yaroslavl - what to see. Complete travel guide 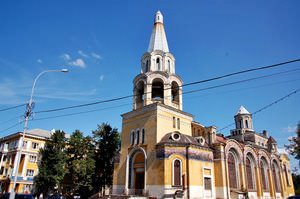 Yaroslavl is a part of the Golden Ring, one of the most popular tourist routes in Russia. It is a unique city, the historical center of which is an attraction of global significance. In total, there are over 800 cultural objects in Yaroslavl. It is a perfect place for those who love excursions and are indifferent to the culture of the past. The museums of Yaroslavl should be mentioned too. Most of them were opened a century ago. The beautiful and well-groomed city is the favorite recreation place of fans of culture tourism.
Every year, the city is visited by a million travelers, most of whom are tourists from other countries. The wonderful complement to the inimitable historical image of Yaroslavl is interesting national festivities dedicated to the traditions of the past. In the city, different festivals where folk band and Russian craftsmen take part are held.
The harmonious combination of modern trends and old Russian traditions is one of the main distinctive features of the city. Its guests can walk along picturesque streets, admire modern buildings, relax at elite restaurants with a luxury interior, then go to the city center, enjoy the Russian amusement and play bat. Copyright www.orangesmile.com
The history of Yaroslavl goes back to over a thousand year. It had been changed many times for this period. The city was formed at the beginning of the 11th century and flourished in the 17th century. The most luxurious architectural complexes and temples that are important attractions today were built exactly at that time. Due to the locals’ effort, the architectural monuments built in different epochs have been preserved. Many streets of the historic district have been unchangeable for many centuries. 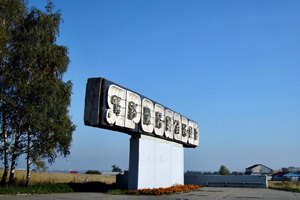 For hundreds of years, wonderful churches temples, parks and luxurious palaces have been built. The sightseeing program offered to the city guests is very eventful. If taking into account this feature, it is pleasant to mention the city care for its guests. Every year, more signs that make the walking more comfortable and pleasant appear in the city streets.
It is better to start your sightseeing tour with visiting the Yaroslavl Natural Park. It is a big architectural complex that includes several old churches, the historical library, the Church of the Saviour, and other historic constructions of different periods. Now, many historic buildings serve as themed museums that store over 350 000 exhibits. This natural park was founded in 1924 when several city museums were unified. 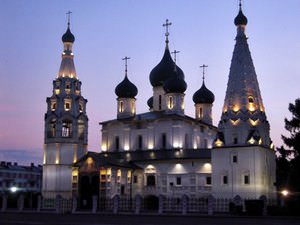 In the center of the historical district of Yaroslavl, there is the Cathedral of Elijah the Prophet that is an important religious monument of the 17th century. It is one of the few constructions in the city that have preserved their original exterior over hundreds of years. For many years, the money for the church was allocated by the rich Yaroslavl merchants. The church was distinguished by its interior from the very beginning. Today, its visitors can see here beautiful old icons and admire unique pieces of art.
One of the most fascinating monuments of the 19th century is the Governer’s House. Since its construction, it has been the main residence of the local mayor. Russian emperors used it as an imperial palace. In 1917, the luxurious historic building came to the city government. After the war, it served as different state institutions. In 1970, it was decided to open the Art Museum in the building. By the way, it still works now. The garden surrounding the historic construction is no less interesting. Here, you can admire branched age-old trees. In summer, lush flower beds bloom in the garden. 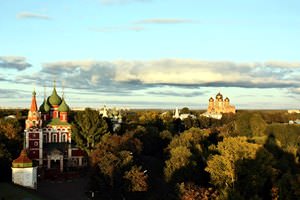 One of the most modern culture centers in Yaroslavl is the History Museum that welcomed the first visitors in 1999. The museum is located in the luxurious mansion built in the late 19th century. It belonged to Merchant Kuznetsov over a hundred years ago. The building had been in private ownership until 1919. Then, the city authorities opened here a hospital. In 1985, the historic building started to be restored. After the reconstruction, the museum was opened here. Today, its visitors can see here collections of historical documents, antique furniture, pieces of art, and the first pictures of Yaroslavl.
This guide to iconic landmarks and sights of Yaroslavl is protected by the copyright law. You can re-publish this content with mandatory attribution: direct and active hyperlink to www.orangesmile.com.

City tours, excursions and tickets in Yaroslavl and surroundings

Survived castles around Yaroslavl
♥   Castle 'Spaso-Yakovlevsky Monastery' , 56.8 km from the center. On the map

National and city parks around Yaroslavl
♥   National Park 'Plescheevo Ozero' , 116.1 km from the center. On the map 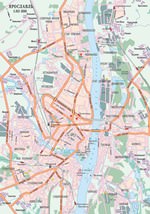 Search touristic sites on the map of Yaroslavl

Sightseeing in regions nearby Yaroslavl

Rostov
In the 18th-19th centuries, Rostov became a notable city governed by merchant families, the names of which are famous all over Russia. Rostov was the city of so-called “commercial apartment building”, two-storied apartments rented out to merchants visiting the city. Catherine the Great even presented the city with an emblem. The deer in the black background is still ... Open »
Kostroma
Kostroma saw large fires many times and even was burned to the ground. After the large fire in the 15th century, Moscow Prince Vasily ordered to build only stone buildings in the city. In the 12th century, Kostroma became a trade center where many talented craftsmen, iconographers, bricklayers in the civil service lived. Kostroma was repeatedly visited by Russian Emperors, ... Open »
Suzdal
Besides, the city has a well-developed tourist infrastructure, so your vacation will be very interesting and informative. There are modern hotels that are ready to offer their clients everything they need for interesting pastime. Shopping enthusiasts will be impressed by a huge choice of interesting gift shops and markets where they can buy real Russian souvenirs, hand-made ... Open »
Vladimir
After that, the first duty stations appeared in the city’s territory, including the first institutions of public education, a printing house and a library. In the XIX century, Vladimir was the place of exile of Russian revolutionaries, and during the war with Napoleon, it played a key role in several important battles. By the end of the century the city began to develop as ... Open »
Vologda
At the beginning of the 18th century, in Vologda, by the order of Peter I, the construction of benches and barracks was set up for the transfer of construction and military supplies to Arkhangelsk. In 1781, an intensive development of the city's territory began, which was carried out in accordance with the plan developed earlier. Gradually the city became lively and began to ... Open »
Cherepovets
The tourists tired of the bustle and noise of big cities will definitely like Cherepovets. It is a calm and harmonious old city that is distinguished by eventful cultural life. Festivals dedicated to classical music and literature are held here. Different holidays dedicated to the youth and children attracting many guests are celebrated too. The city is well landscaped, which ... Open »

All about Yaroslavl, Russia - sightseeings, attractions, touristic spots, architecture, history, culture and cuisine. Prepare your trip together with OrangeSmile.com - find out the 'must see' things in Yaroslavl, which places to visit, which excursions to take, where the breathtaking views are waiting for you. Planning your trip with this travel guide will help your to get the most out of Yaroslavl in few days.