Sightseeing in Mineralnie Vody - what to see. Complete travel guide 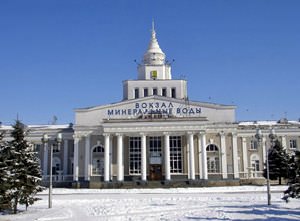 The resort of Mineralnye Vody appeared thanks to the laying of the Rostov-Vladikavkaz railway that was completed in 1875. On the lands of Sultan Girei Djanbek, new villages were established. Then, they were unified into a bigger village called Sultanovsky formed on the 16th of June in 1876 O.S. The workers’ settlement, which population was almost 500 people, railmen in particular, started actively developing and renamed Illarionovsky.
The building of the Glass Factory in 1898 had a positive impact on the village development. In 1923, Sultanovsky was renamed Mineralnye Vody. The town has borne this beautiful name for about a hundred years. In 1929 and 1930, plants for producing and processing non-metallic minerals, including the stone crushing plant “Zmeyka” and the big mine “Beshtaunit”, were built here. When the airport was built in 1925, the town became one of the most important points on the main air routes of the country.
In Mineralnye Vody, there has never been a mineral spring. The city gained its name due to the geographical closeness to the famous resorts of Caucasus Mineralnye Vody where healing mineral waters are still a basis for balneological treatment. The resort of Mineralnye Vody is located on the banks of Kuma and Surkul, at the foot of Mount Zmeyka. Mineralnye Vody is an industrial town. It has always been a large transport hub and traditionally considered the gate of Caucasus Mineralnye Vody. Copyright www.orangesmile.com
Nowadays, this city is one of the largest in the Stavropol Region. Like many years ago, it is an important transport, railway and air hub of the North Caucasus. Mineralnye Vody is the member of the Association of the Southern city of the Russian Federation. It has partner and friendly relations with most of the cities of Russia and neighboring countries. Mineralnye Vody is quite a promising town from a tourist point of view, which is connected with excellent transport opportunities, the closeness of resort towns, an electrified railway line, and a well-developed communal infrastructure. 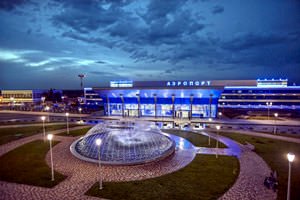 One of the main religious monuments of the city is the Church of St. Nicholas built in the middle of the 20th century. Since its construction, the church has remained almost unchangeable. It is distinguished by its modest and discreet design. From the inside, it is decorated with fascinating paintings. The main value of the church is the old icon “She Who is Quick to Hear”. It is aged over several hundred years. The icon was painted by Athonite monks.
In the city, there is the preserved House of A. P. Bibik. This famous writer lived in the Mineral Waters for the last 20 years of his life. The museum dedicated to his life and art was opened in the late 20th century. Today, its visitors can see the writings of the literary figure, books from his private collection, different art tools, and other personal belongings of the writer. The organizers of the museum have tried to preserve the atmosphere of the past in this historic building. 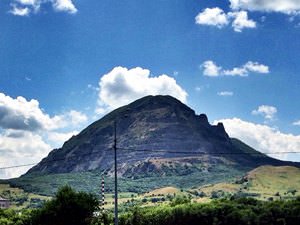 In the vicinity of the city, there are a lot of interesting nature attractions, including Mount Zmeyka. The mountain was called like this because of multiple narrow twisted ravines on its slopes that resemble snakes crawling upwards from afar. Near the western mountain slope, there are unique mineral springs. In the submontane areas, you can also see a lot of rare plants. There are several hiking routes, during which you can admire the mountain from the most interesting angles. In the submontane area, there are also several interesting archeological districts. The remains of settlements of the 7th-9th centuries AD were found here.
The unusual historical symbol of the city is the Tersk Stud. It was founded in 1889 upon the order of the count Sergey Stroganov. Now, the historical stud is one of the largest in Russia and open for tourists on particular days. The visitors of the stud will have an opportunity to see in what conditions elite horses are bred and trained. A lot of interesting entertainments are held for visitors. They can master the skills in riding a horse and go horse riding along picturesque nature attractions. There are several amazing parks in the city. To enjoy the unique nature of this place, it is not necessary to take long excursions.
This guide to iconic landmarks and sights of Mineralnie Vody is protected by the copyright law. You can re-publish this content with mandatory attribution: direct and active hyperlink to www.orangesmile.com.

City tours, excursions and tickets in Mineralnie Vody and surroundings 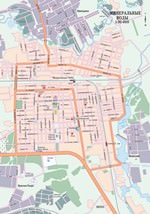 Search touristic sites on the map of Mineralnie Vody

Sightseeing in regions nearby Mineralnie Vody

Pyatigorsk
In comparison with other big cities of the country, Pyatigorsk was founded as a city not so long ago, in 1780. But there are healing springs on its territory, so people had long been living here. The written references to this land date back to the 14th century. The first researches on mineral springs were initiated by Peter the Great who sent researchers for exploring the ... Open »
Yessentuki
Yessentuki is a miniature resort town, which, nevertheless, is known far beyond the borders of the country. On the territory of the resort there are a lot of healing mineral springs, which made this city famous, it is worth mentioning that they are all located on the territory of only one hollow. The resort is largely unique. It was visited by many scientists and researchers, ... Open »
Nalchik
Nalchik, like many cities of the county, was originally formed as a military settlement. Actually, it appeared not so long ago, in the 19th century. The official date of its foundation is 1818. Although, many historians doubt this date, as there are sources that confirm that the fortress was founded in 1822. Before the Russian military fortress was built on the territory of the ... Open »
Stavropol
Stavropol is one of the biggest cities of the North Caucasus. This city has a rich and incredibly beautiful history. It was founded as an outpost in 1777. Eight years after, Stavropol gained the status of the city thanks to its successful geopolitical location. The fortress was built upon the order of Count Alexander Vasilyevich Suvorov. The city was named by Duke Potemkin. It ... Open »
Kutaisi
One of the major architectural and cultural attractions in Georgia is located in Kutaisi, on the Ukimerioni Hill. This is Bagrati Cathedral, also known as the Cathedral of the Dormition. The shrine was constructed at the edge of the 10th and 11th centuries. King Bagrat III ordered to build it, giving his name to the religious landmark. Initially, this was not only a church ... Open »
Krasnaya Polyana
Krasnaya Polyana is a popular ski resort located not far from Sochi. At one time, there were highlanders’ settlements. Their main village was called Kbaade. The highlanders of the Black Sea coast revered these lands as sacred ones. There were lush centuries-old firs, under which the Council of Elders met when the village saw the most crucial times. Here, decisions on piece or ... Open »

All about Mineralnie Vody, Russia - sightseeings, attractions, touristic spots, architecture, history, culture and cuisine. Prepare your trip together with OrangeSmile.com - find out the 'must see' things in Mineralnie Vody, which places to visit, which excursions to take, where the breathtaking views are waiting for you. Planning your trip with this travel guide will help your to get the most out of Mineralnie Vody in few days.