Sightseeing in Tolyatti - what to see. Complete travel guide 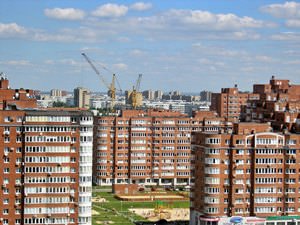 Today, Togliatti is famous as the center of the automotive industry but it is primarily a very interesting and attractive city from a tourist point of view. Togliatti was formed in 1737. The fortress city was built under the guidance of Vasily Tatischev. The city had been called Stavropol until 1964. It should be noted that today it is unofficially called Stavropol-on-Volga.
The city became a popular resort in the late 19th century. It attracts the tourists with its favorable climate. The specifics of the resort were quite unusual. It was the center of the kumiss therapy. While other resorts were famous for their mineral springs and healing muds, the main value of Togliatti was truly healing kumiss. In the middle of the last century, it was decided to “transpose” the city to a new area because of the building of the Kuybyshev Reservoir. The old city was flooded completely.
Stavropol-on-Volga was named after the famous Italian communist Palmiro Togliatti. The modern city is located in a very picturesque area. It is surrounded by lush pine, oak, birch, and lime forests. The territory of Togliatti is distinguished by plenty of green plantings. The city will impress those who like walking along picturesque places. Copyright www.orangesmile.com
As the city territory started being improved not so long ago, it keeps up with the times. Here, you can see very beautiful modern buildings at each step. There are no historical constructions in Togliatti but there are more than enough interesting culture centers. In 1988, the first theatre in the city was opened. There are also several amazing museums in Togliatti. 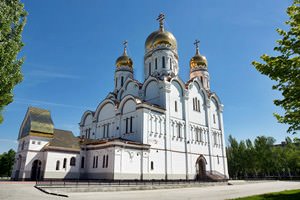 The true city attraction in the Children’s Park located on the territory of the Avtozavodsky District. It is one of the most beautiful places in the city. Today, there are over 10 excellent theatres, wonderful museums with the collection of historical artifacts, fabulous parks, vast forests, and a range of modern entertainment centers in Togliatti. There are also about 10 cinemas in the city. The beautiful and actively developing city is a place where different music festivals are held. Unique interesting national events are also held in the city.
Undoubtedly, the most remarkable attraction in Togliatti is the Avtovaz Museum. Here, you can see exclusive vehicles and all the models of the cars that have been released over the years of the Russian plant’s existence. Some cars were manufactured for scientific studies and sports competitions. Besides cars, the museum presents the interesting collection of old pictures and other themed exhibits. 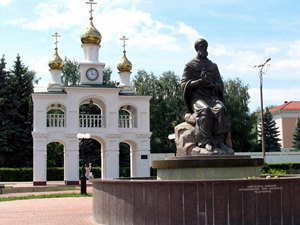 If you want to learn more about the city history and its unique cultural traditions, you should visit the Togliatti Local History Museum. It was opened in the 60s of the last century. Now, you can see here themed collections dedicated to different cultural aspects of the region. Some of the most valuable exhibits here are pieces of antique furniture, some of which were created in the 18th century. The museum houses the rich numismatic collection and the collection of household items aged over 200 years.
The Museum Complex called "Legacy” is very popular with tourists with children. It is located in the beautiful wooden building built in 1953. When the Kuybyshev Reservoir was formed, the construction was at risk of being flooded, so it was relocated. The interesting museum was opened in this old house. Here, you can see different antique pieces, such as: old irons, spinners, pieces of furniture, children’s toys, watches, and other household items. The visitors can hold most of the museum exhibits in hands, and that is why it is very popular with visitors with children. 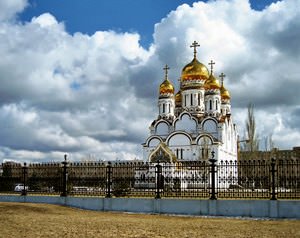 The most important religious monument for the city is the Cathedral of the Transfiguration of the Saviour that is 63 m high. The monastery was built not so long ago, in the 90s of the last century. It is a big complex of several constructions. The church is distinguished by its spectacular interior. There is the viewing platform on its high bell tower.
Nature admirers have an opportunity to visit the Fedorov Meadows. The Grushinkiy Festival is regularly held in this park that is considered one of the most picturesque in the region. In a warm period, there are well-equipped camping sites, so you can spend several days here.
This guide to iconic landmarks and sights of Tolyatti is protected by the copyright law. You can re-publish this content with mandatory attribution: direct and active hyperlink to www.orangesmile.com.

City tours, excursions and tickets in Tolyatti and surroundings

National and city parks around Tolyatti
♥   National Park 'Samarskaya Luka' , 30.8 km from the center. On the map

Search touristic sites on the map of Tolyatti

Sightseeing in regions nearby Tolyatti

Samara
The worthy choice of hospitality venues will also delight the guests of Samara. The hotel infrastructure is developing from year to year. Samara is a big industrial and trade center but it started to pay attention to the tourist industry not so long ago. Today, the city is one of the most popular tourist centers of the country and is very popular with fans of different kinds ... Open »
Kazan
Also, Kazan surprises with the location of the smallest subway in Europe located here. Inside the metro does not look diminutive: there are spacious vestibules, modern escalators, and many other things that were done counting on a large flow of tourists and locals. But there are only five metro stations in Kazan, and therefore locals prefer to travel to other destinations by ... Open »
Saratov
The enchanting city with a developed infrastructure has been literally created for active holidays. It will definitely impress hikers and fans of sightseeing tours. In summer, the guests of Saratov can spend their time at the beaches that provide a wide choice of corresponding entertainments. The visitors can also visit shopping malls all year round. The city is also not ... Open »
Cheboksary
Walking along K. Ivanov’s Street will bring you a lot of positive emotions. Here, you can see architectural masterpieces literally at each step. Most of the sightseeing tours start with walking along the Boulevard of Efremov that the locals unofficially call “The Arbat of Cheboksary”. The cultural heritage of the city and its rich traditions harmonize with its flawless ... Open »
Ufa
Ufa is ready to offer its guests excellent conditions for doing different sports. There are enchanting parks for walks and peaceful recreation and a lot of historical sites for fans of excursions. In the warm season, travelers can have a good time at picturesque beaches. The marvelous nature should be noted separately. Ufa is a leader among Russian cities in the “green” ... Open »
Nizhniy Novgorod
Today, the city with a rich and eventful history is one of the most attractive cities of the country from a tourist point of view. Its amazing history is reflected in unique architectural monuments. Local museums present interesting collections concerning different periods of the city development. Nizhny Novgorod is perfect for walking, excursion tourism, and the acquaintance ... Open »

All about Tolyatti, Russia - sightseeings, attractions, touristic spots, architecture, history, culture and cuisine. Prepare your trip together with OrangeSmile.com - find out the 'must see' things in Tolyatti, which places to visit, which excursions to take, where the breathtaking views are waiting for you. Planning your trip with this travel guide will help your to get the most out of Tolyatti in few days.