Sightseeing in Krasnodar - what to see. Complete travel guide 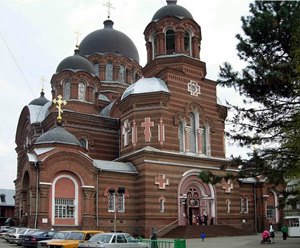 Krasnodar is the capital of Kuban. It is an ancient city that was called Ekaterinodar until 1920. The city was formed to serve as a military camp. It was founded by the former Zaporozhian Cossacks who settled in Kuban when the North Caucasus became the part of Russia. The place for the camp was chosen by chieftain Zahary Chepega. His choice was quite successful, as the camp was set near the Arkhangelsk redoubt that was constructed here at the initiative of Alexander Suvorov, a great Russian commander.
The first settlement was the concentration of Ukrainian huts surrounded by wooden watch towers. This islet appeared in the vast oak wood covering the right coast of Kuban. A century and a half later, Ekaterinodar gained a city status. A railroad was built here in the late 19th century, which made future Krasnodar the transport and industrial center of Kuban.
At that time, there were almost eight churches, the main cathedral, seven hotels, and three restaurants. There were over 250 stores and over 110 taverns and other places where alcohol is served. There were also 8 big plants and a tobacco factory in the city. Revolutionary 1917 changed everything. Ekaterinodar was the White Movement center exactly at that time. The free Kuban Cossacks who always served their King and Motherland couldn’t put up with a new reality and headed the counter-revolutionary movement. Copyright www.orangesmile.com
In 1920, the soldiers of the Red Army fully dislodged the White Russian from the city. Under Soviet rule, the city steadily developed and became not only the administrative, but also culture center of Krasnodar Region. The city went through the German occupation during the Great Patriotic War and the post-war devastation with honor. Today, Krasnodar is one of the largest centers of the North Caucasus where a lot of research institutes are located. The modern city is divided into four districts: Western, Karasunsky, Central, and Prikubansky. The city is very beautiful and interesting. There are a lot of different attractions, incredibly beautiful places for walks, entertainments venues, and colorful markets. 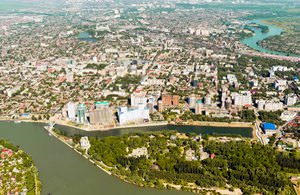 Today, Krasnodar attracts tourists with its rich historical heritage, amazing parks, and symbolic monuments. It is also a place where a lot of important sports competitions are often held. Fans of sightseeing tours should definitely see the Temple of Catherine the Great built at the beginning of the 20th century. Since its construction, it has been the main religious site in the city. The author of its project was I. K. Malberg. After the Revolution, exactly he convinced the city government not to destroy the temple. For the years of its existence, the temple in the Byzantium style almost has not changed.
In one of the most beautiful historical buildings in Krasnodar, there is the Art Museum of F. A. Kovalenko. It is the oldest museum in the North Caucasus. The art gallery was opened at the beginning of the 20th century. Today, the museum houses over 13 000 exhibits, including amazing paintings and sculptures and pieces of applied arts. The museum was founded by F.A. Kovalenko, a famous collector. His private collection is a core of the unique museum exposure. 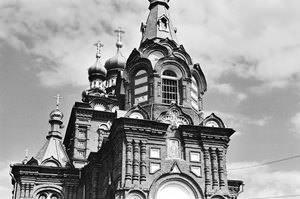 Another unique attraction here is the Krasnodar Oceanarium opened in 2011. It is one of the largest oceanariums in Russia and occupies almost 3 000 m3. In total, it presents over 200 species of sea dwellers, including rare fish, stingrays, turtles, crustaceans, and rare sea predators. The oceanarium primarily attracts visitors with children. There are also many interesting rides for the youngest guests.
In the city, there is the amazing Safari Park suitable for family recreation. It was opened in 2006. Initially, there were not so many animals in the park. Before, you could see here several monkeys and lemurs. Today, 250 different species of animals dwell in the park. They were transferred here from different countries. The visitors of the park can see real Australian kangaroos, camels, rare predators, and amphibians here. In the territory of the park, there are hundreds of decorative plants and trees, so you can spend time here even on a hot day with pleasure. This special park is distinguished by huge figures of prehistoric animals, in the background of which you can take wonderful pictures.
This guide to iconic landmarks and sights of Krasnodar is protected by the copyright law. You can re-publish this content with mandatory attribution: direct and active hyperlink to www.orangesmile.com.

City tours, excursions and tickets in Krasnodar and surroundings

Search touristic sites on the map of Krasnodar

Sightseeing in regions nearby Krasnodar

Gelendzhik
There are three excellent water parks in Gelendzhik, among them the largest water park in the country - "Golden Bay". Another amazing feature of the resort town is the inscription "Gelendzhik" located on Mount Markhot, which is considered to be one of the largest in the world. The symbol of Gelendzhik is the White Bride - as the name of the city is translated from the Turkish ... Open »
Novorossiysk
It should be also noted that it is also a hero city that became famous during the war. This means that there are many pilgrimage places for tourists interested in history. The nature of the city surroundings is very fascinating. That is why many travelers prefer to stay not in Novorossiysk but in one of the picturesque districts with the amazing sea, air and sanatoriums. There ... Open »
Tuapse
In the territory of Tuapsinsky District, there are over 200 wellness centers. Some of the most popular centers are located directly in Tuapse. Boarding houses and sanatoriums welcome tourists of all the incomes, so thrifty tourists, as well as those travelers who have got used to luxury, will easily choose one. The resort has wonderful conditions for beach recreation and ... Open »
Anapa
Under the rule of the Russian Empire, Anapa developed rapidly and confidently. In the middle of the XIX century it received the status of a city and since then began to attract the attention of the Russian nobilities, who preferred to build summer cottages and spend the summer here. When the city became a resort, large-scale construction began in its coastal zone. The city ... Open »
Sochi
The resort will also impress fans of extreme sports. The mountainous area is perfect for mountaineers and sportsmen wanting to hang-glide or raft down the river. Sochi will not bore skiers too. The actively developing village of Krasnaya Polyana attracts a lot of skiing fans. In the summer, a lot of interesting cultural events and festivals that can diversify your vacation are ... Open »
Krasnaya Polyana
Krasnaya Polyana is protected from bad weather by the Caucasus Mountains with snow tops. There is crystal-clear mountain lake Kardyvach that gives a start to one of the biggest rivers of the Black Sea coast, Mzymta. This region is rich with natural resources. Bison, deer, boars, and bears dwell in the woods. The rivers here are rich with trout and salmon that spawn here every ... Open »

All about Krasnodar, Russia - sightseeings, attractions, touristic spots, architecture, history, culture and cuisine. Prepare your trip together with OrangeSmile.com - find out the 'must see' things in Krasnodar, which places to visit, which excursions to take, where the breathtaking views are waiting for you. Planning your trip with this travel guide will help your to get the most out of Krasnodar in few days.