Sightseeing in Smolensk - what to see. Complete travel guide 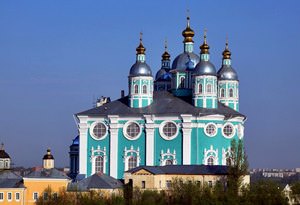 Smolensk is one of the oldest Russian cities. The first written references to it date back to the 9th century. The hero city attracts tourists primarily with its unique architecture. There are over 20 religious buildings in the territory of Smolensk. Epiphany Cathedral, the Cathedral of the Ascension and the Church of St. Nicholas are some of the most beautiful buildings in the city.
As for other outstanding architectural monuments, the House of Engelhardt and the House of Budnikov should be noted. These buildings are really gorgeous. The locals appreciate their history, so there are almost no abandoned houses in the city. Every historic building is occupied by a cultural facility or a guesthouse. Some historic buildings serve as shops and restaurants today.
One of the important symbols of the city is the hotel called Smolensk. It started to welcome its first guests in 1939. Now, it is one of the most popular and most luxurious hospitality venues in the city. The hotel has managed to preserve its inimitable atmosphere of the pre-war period. Besides sightseeing tours, Smolensk is ready to offer its guests a lot of interesting entertainments. In its territory, there are large shopping malls, the most popular of which is “Galaktika”. Remarkably, this shopping mall occupies one of the oldest industrial buildings. You can diversify your sightseeing tours with visiting one of the Smolensk markets. In the city, there are six big outdoor markets and several dozens of small ones. Copyright www.orangesmile.com
Smolensk is also the homeland of outstanding figures of science and culture. The other distinctive feature of the picturesque city is plenty of monuments. In one of the city parks, you can see the monument dedicated to world-famous composer Mikhail Glinka. One of the most interesting and most beautiful monuments is the Monument to Alexander Tvardovsky and Vasily Tyorkin. Smolensk will impress those who want to acquaint with the Russian culture and see unique historical monuments. Active tourists will also like the city. From year to year, the number of unique entertainment centers is rapidly rising here. 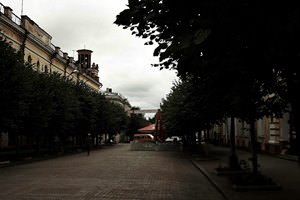 The main historic symbol of the city is the Smolensk Fortress. The complex of defensive constructions started to be built in the 16th century. For the years of its existence, the fortress had been damaged during major battles. Some of the constructions were destroyed during the Patriotic War of 1812. Despite multiple bloody battles, 18 towers of the fortress and the 3.5 km wall fragment have survived to this day. The Smolensk Fortress is considered as the historical monument of national significance.
The most beautiful religious construction is the Cathedral of the Assumption. It is located on the top of Cathedral Mount. The church was built in the first half of the 17th century. The first church at its site was built much earlier, in the 12th century. The Cathedral of the Assumption is one of the few religious monuments in the city that was not destroyed in wartime. It impresses with its inimitable exterior. The walls of the big monastery are painted in azure and white. The cathedral houses the important religious artifact, the relics of Mercury Smolenskiy, a city patron. 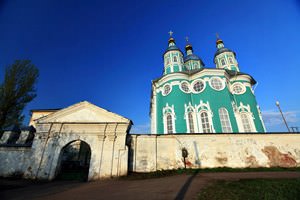 Another architectural monument is the building of Alexandrov Real School that has been occupying by the art gallery since 2010. This museum houses the works of Aivazovsky, Repin, Benua, Levitan, Rerih, Falk, and other famous Russian and European painters. Temporary exhibitions are organized in some rooms of the historic building.
Another popular culture venue is the History Museum that tells its visitors about the most important events in the city history. The museum presents the collection of themed exhibits. Here, you can also see the interesting collection of archeological artifacts. The collection of armors and weapons gives an image of the Middle Ages. The museum also houses household items of different epochs and pieces of art. 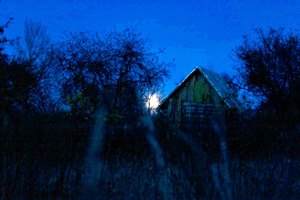 The Blonje Garden has a special historical value. It was founded in the middle of the 19th century. Originally, there was a big square at this site. Today, you can see here age-old trees and the most beautiful fountains in the city. The historical garden is famous for its wonderful sculptures, the viewing of which may turn into an exciting excursion.
This guide to iconic landmarks and sights of Smolensk is protected by the copyright law. You can re-publish this content with mandatory attribution: direct and active hyperlink to www.orangesmile.com.

City tours, excursions and tickets in Smolensk and surroundings

Survived castles around Smolensk
♥   Castle 'Smolensk Kremlin' , 0.6 km from the center. On the map

Search touristic sites on the map of Smolensk

Sightseeing in regions nearby Smolensk

Vitebsk
The unification of these lands played a very significant role in the development and formation of the Belarusian ethos. It was after it that an original culture began to form and the life of the indigenous population acquired its unique characteristics. In the 16th century, architecture developed actively, which was able to embody all the national peculiarities and traditions ... Open »
Mahilyow
It is still not known why the city is called Mogilev. The origin of the name is associated with two interesting legends. One of them is connected with the name of Gaul King Lev who allegedly built a castle here. Of course, merchants, craftsmen and anglers started settling near the castle. The other legend says that the city was named after the grave of Lev, a fearless and ... Open »
Bryansk
Bryansk is one of the oldest and largest industrial cities in the country. It is a major railway junction through which the roads to Kiev, Moscow, Vyazma, Kharkov and other cities pass. In the III-V centuries the territory of the modern city was inhabited by the Slavic tribes, among who were the northerners, Vyatichi, Krivichi, and Radimichi. This is evidenced by the findings ... Open »
Gomel
Residents engaged in hunting and fishing; these fisheries for many years formed the basis of the activities of the indigenous population. After the collapse of Kievan Rus, Gomiy began to pay tribute to Chernigov princes, who immediately identified this cozy and well-fortified settlement from among the rest. Despite its modest size, the town had a fine craftsmanship. In ... Open »
Kaluga
How hospitable Kaluga was to its "own" rebels, just as firmly rose against any attempts of foreign conquest. When the city was captured by the Polish prince Vladislav, the locals simply refused to serve and obey him. After the Ukrainian lands were annexed to the Russian Empire, Kaluga lost its original military importance. The city began to be built up by residential ... Open »
Minsk
Yanka Kupala Park remains the best place for walks. On the territory of this park you will also find numerous monuments and beautiful fountains. Continuing the talk about the cultural program, it is worth mentioning widest choice of museums. The National Museum of History and Culture remains the most popular for many years. Here are stored various types of exhibitions - a ... Open »

All about Smolensk, Russia - sightseeings, attractions, touristic spots, architecture, history, culture and cuisine. Prepare your trip together with OrangeSmile.com - find out the 'must see' things in Smolensk, which places to visit, which excursions to take, where the breathtaking views are waiting for you. Planning your trip with this travel guide will help your to get the most out of Smolensk in few days.