Sightseeing in Pyatigorsk - what to see. Complete travel guide 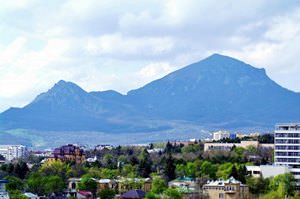 In comparison with other big cities of the country, Pyatigorsk was founded as a city not so long ago, in 1780. But there are healing springs on its territory, so people had long been living here. The written references to this land date back to the 14th century. The first researches on mineral springs were initiated by Peter the Great who sent researchers for exploring the healing properties of hot springs. Actually, the first fortress appeared here only in 1780 and was called Konstantinogorskaya.
The first civil settlements were formed here only several centuries later. It was quite difficult to reach the city so it was not developing as fast as it could. Despite this, the glory of the local healing water encouraged the population influx. In the city, the first stone house was built in 1812. It was leased to rich families, which members came to Pyatigorsk for water.
The locals understood the benefits fast and started to build a lot of residential buildings and turn them into unusual guesthouses for visitors. In 1830, Pyatigorsk became a city and got an emblem upon the order of Nicholas I. It was one of the best district towns of Russia in cleanliness and favorable climate. The local healing springs were some of the rarest in Europe. In the late 19th century, Pyatigorsk grew and became a city of aristocrats and soldiers. There were many stone houses, theaters, a military hospital, the house for the disabled, and several parks for walking. There were also educational institutions and an excellent printing house that published not only local newspapers, but also handbooks and brochures. Despite the fact that Pyatigorsk was located quite far from trade routes, there were many shops. The resort was developing thanks to people visiting the resort. Copyright www.orangesmile.com
The city industry was not developed well. There were brick, tile, four soap and four wax factories in Pyatigorsk. There were also several small forges, potteries, and manufactories where crews and coaches were manufactured. The locals were surviving not due to the manufacturing industry but due to renting out their houses to tourists visiting the city all year round. At the end of the 19th century, the railway was laid out to Pyatigorsk, which gave a boost to the city development. 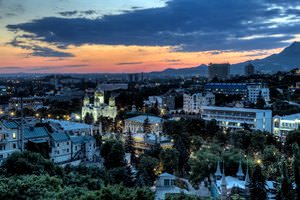 Many historic monuments of Pyatigorsk are associated with the name of M. Lermontov, a famous Russian writer and poet. One of such attractions is the Lermontov Gallery. Originally, it was located in Nizhny Novgorod and was built to open a new exhibition. In the late 19th century, it was “transferred” to Pyatigorsk. The exterior of the gallery harmoniously combines the Gothic and modern elements. The gallery resembles a spectacular fabulous palace. Now, music concerts and performances are regularly held here.
All fans of theatrical performances should visit the Stavropol Theatre of Musical Comedy opened in 1939. The building occupied by the theatre was built at the beginning of the 20th century and is known as the House of National Cultures. After the Revolution, the establishment of the Soviet authority was officially announced exactly in this building. In the period of the Great Patriotic War, the building was partially destroyed but then was restored within a very short time. 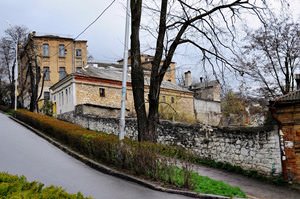 The most visited culture center in the city is the Local History Museum. It was founded in 1903 and is considered as the oldest museum in the region. The historic building serving as a museum was a prestigious sanatorium before. Today, it houses over 130 000 unique exhibits, including important historical documents, old books, pieces of applied art, old pictures of the city, and archeological artifacts. The rich collection is stored in thematic halls, so it is very comfortable to view it.
The must-see of the sightseeing program is Lermontov Museum and Reserve. It is located in the small house of the early 19th century where the writer spent the last years of his life. The museum was opened in 1912. Nowadays, besides the residence, it includes several historic constructions. The museum collection presents writer’s personal items, writings, and his first copies of published works. This old residence has a preserved atmosphere of the past. It is more interesting to visit the residence in a warm period when flowers and trees bloom in its garden.
This guide to iconic landmarks and sights of Pyatigorsk is protected by the copyright law. You can re-publish this content with mandatory attribution: direct and active hyperlink to www.orangesmile.com.

City tours, excursions and tickets in Pyatigorsk and surroundings

National and city parks around Pyatigorsk
♥   National Park 'Alania' , 139.3 km from the center. On the map

Search touristic sites on the map of Pyatigorsk

Sightseeing in regions nearby Pyatigorsk

Yessentuki
Vorontsov bought valuable lands from the Cossacks and began to improve them. The resort continued to actively develop and during the Soviet era, health resorts were built here, including the famous "Moscow", "Yunost" and "Smenu". On the outskirts of the city an artificial lake was built, equipped with comfortable beaches and a boat station. Townspeople and vacationers were ... Open »
Mineralnie Vody
In Mineralnye Vody, there has never been a mineral spring. The city gained its name due to the geographical closeness to the famous resorts of Caucasus Mineralnye Vody where healing mineral waters are still a basis for balneological treatment. The resort of Mineralnye Vody is located on the banks of Kuma and Surkul, at the foot of Mount Zmeyka. Mineralnye Vody is an industrial ... Open »
Nalchik
Only 82 families lived in the settlement but then the settlement grew. It often changed because soldiers returned to their native lands after the military service. In 1862, the ordinary military settlement became a large industrial village. The population of the fortress and nearby settlements was exempted from the national service obligation. This attracted more people to ... Open »
Stavropol
Besides unique culture objects, the city is famous for its upscale prevention and treatment centers. Today, tourists can visit over 30 wellness centers and sanatoriums of various directions. As for its wonderful nature, a wide choice of amazing city parks and squares should be noted. The city is literally created for walking and camping. In some districts of Stavropol, there ... Open »
Kutaisi
Kutaisi has an airport that serves flights from many countries of the world. However, when planning a vacation in Kutaisi, tourists need to keep in mind that the number of flights to Kutaisi is not big. It is easier to reach Tbilisi first. After that, continue your journey on a train to Kutaisi. The journey time is roughly six hours. Besides trains, there are buses to ... Open »
Krasnaya Polyana
Krasnaya Polyana is protected from bad weather by the Caucasus Mountains with snow tops. There is crystal-clear mountain lake Kardyvach that gives a start to one of the biggest rivers of the Black Sea coast, Mzymta. This region is rich with natural resources. Bison, deer, boars, and bears dwell in the woods. The rivers here are rich with trout and salmon that spawn here every ... Open »

All about Pyatigorsk, Russia - sightseeings, attractions, touristic spots, architecture, history, culture and cuisine. Prepare your trip together with OrangeSmile.com - find out the 'must see' things in Pyatigorsk, which places to visit, which excursions to take, where the breathtaking views are waiting for you. Planning your trip with this travel guide will help your to get the most out of Pyatigorsk in few days.