Cuisine of Celle for gourmets. Places for dinner - best restaurants 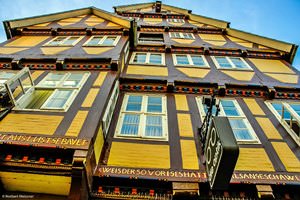 Celle is a picturesque Saxon town, which is in addition to exciting attractions and entertainment venues can offer a decent selection of interesting dining places. Try classic dishes of German cuisine in the attractive Endtenfang restaurant that will surprise its guests with a rich menu and cheerful atmosphere. One of its branded treats is duck cooked following original recipe; new original culinary masterpieces regularly appear in the restaurant’s menu.
Authentic traditions, festivals and lifestyle of Celle inhabitants
A wide range of travelers know Celle because of its annual national holidays and festivals that never cease to attract the attention of foreign visitors. One of such event is the Horse …

Open
The Schweineschulze restaurant is also popular among fans of German cuisine. It is situated in the very beautiful house in the traditional style and its interior design deserves the highest praise. The restaurant’s hall is decorated with elegant wooden furniture, interesting paintings and photographs of great personalities, cute figurines and vintage accessories. In such an unusual atmosphere tasting delicious dishes will be even more enjoyable.
The stylish and modern restaurant Martas is sure to please those who appreciate beer. In addition to the vast selection of national food, the most popular local beers are served here. Attentive and unobtrusive service is among other advantages of the restaurant. Absolutely everyone will feel welcome at the Martas restaurant. Copyright www.orangesmile.com
Excursion over cultural sights of Celle - 'must visit' points of interest
The Saxon town is famous because of its beautiful half-timbered houses that have preserved in the same condition from the 16th century. A walk through the central streets of Celle will be a …

Open
The Historischer Ratskeller restaurant is considered one of the most romantic places in town. The basis of its menu consists of national dishes, including many exquisite delicacies. Spicy chicken and lobster with a sweet sauce, a decent selection of entrees and drinks would be complemented by welcoming and relaxed atmosphere. 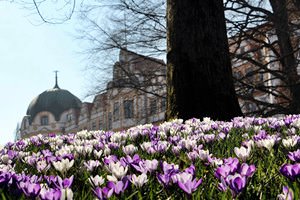 There are very different dining places in Celle. Among Italian restaurants travelers point out Palio Taverna & Trattoria; fans of Czech cuisine would be interested in the Zum Schwejk restaurant. Those who can’t imagine a meal without meat are recommended to dine in the Steakhouse Indiana. The best pizza in town is served in the San Marino restaurant. The Taj Mahal Tandoori restaurant is considered one of the most popular restaurants. It serves buffet-style. In addition to original Thai treats, a decent selection of international dishes is offered here.

This guide to cuisine and restauraunt in Celle is protected by the copyright law. You can re-publish this content with mandatory attribution: direct and active hyperlink to www.orangesmile.com.
Celle - guide chapters 1 2 3 4 5

Michelin-starred restaurants in Celle
♥   Restaurant 'Palio' Celle. Type - Italian. 0.2 km from the center. On the map

♥   Restaurant 'Köllner’s Landhaus' Celle-Boye. Type - International. 3.8 km from the center. On the map

♥   Restaurant 'Gasthaus Lege' Burgwedel-Thönse. Type - International. 17.9 km from the center. On the map

♥   Restaurant 'Kokenstube' Burgwedel-Grossburgwedel. Type - International. 21.1 km from the center. On the map

♥   Restaurant 'Heinrichs' Isernhagen. Type - Country. 23.3 km from the center. On the map

Distance from Celle center - 35.8 km.
The non-standard twisted form of the building has initially had an important functional significance. For the construction of the office building a relatively small area has been allocated. Its twisted form allowed to maximize the available space for office equipment. Construction of the building began in 1999 and lasted less than two years, the office center was commissioned in June 2001. … Read further

Distance from Celle center - 30.1 km.
The Mittelland Canal is a true country’s leader in a number of economic indicators. For many years it has formed an important link in German waterway network. The stretch of the longest German canal is 325 700 metres, it links Rhine with the country’s main water arteries such as Elbe, Ems, Weser and Oder Rivers. The canal is interesting for its picturesque landscapes and historical sights. … Read further

Searching where to eat - restaurants and cafe on Celle map

Cuisine and restaurants in the neighbours of Celle

Hannover
Bell'Arte restaurant is located next to the famous church. This is also one of most original and attractive restaurants in this wonderful city. Here visitors will be offered to try most popular dishes of Italian cuisine. Traditional pasta, several varieties of crispy pizza and gentle homemade tiramisu will please even most demanding visitors. Bell'Arte will be surely liked by ... Open »
Braunschweig
The restaurant of Al Duomo is a great place to try delicious pasta and pizza, as well as best Italian wine. The menu of the restaurant will also appeal to devotees of vegetarian food. They will easily choose a pizza or original vegetable salad, risotto and then indulge themselves with tender fruit desserts. Okercabana restaurant accepts guests until late in the evening. This ... Open »
Wolfsburg
Connoisseurs of traditional European cuisine will love Sächsische Kartoffelsuppe soup, which is prepared with potatoes and homemade sausage slices. Fans of meat delicacies will appreciate venison goulash, and those with a sweet tooth will be pleased with the abundance of pastries and homemade cakes. In coffee shops, guests are invited to try fragrant cheesecakes with fruit ... Open »
Bremen
You will find approximately six hundred restaurants, bars, and cafes of different level in Bremen. There are facilities for gourmet visitors and family-friendly dining. Even those, who prefer vegetarian cuisine, will find large choice of places with great food. Regardless of the type of restaurant, seafood is considered a local specialty. Such wide choice of fish, mussels and ... Open »
Lemgo
One of the most beautiful historic buildings houses Stadtlicht. This cozy restaurant specializes in regional cuisine too, but at the same time, it is considered a suitable spot for vegetarians. They always pay special attention to the preparation of vegetable dishes here. Recipes for some signature treats have remained unchanged for centuries. This restaurant is one of the ... Open »
Hamburg
Alte Mühle restaurant is a no less attractive establishment, which offers its guests to try popular dishes from German cuisine. In addition to a wide choice of meat dishes, visitors will be pleasantly surprised by the selection of fish delicacies. Among the specialties of the restaurant you will find carp with spicy sauce and boiled potatoes, pork leg roasted with vegetables, ... Open »

Travel notes on best cuisine and restaurants of Celle (Germany) on OrangeSmile.com. Famous recipes and traditional dishes and courses in Celle restaurants. Where to eat - our recommendations on popular places in Celle, where you can taste delicious meal and also spend a good time with your friends.