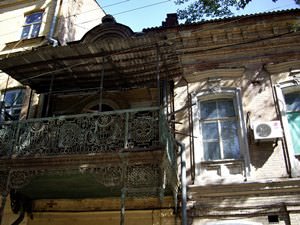 An ancient city with a well-developed tourist infrastructure will amaze its guests with a variety of historical and architectural monuments. One of the main historical symbols of Astrakhan is the ancient white stone "Kremlin" built in the second half of the 16th century in the best traditions of military engineering architecture. The territory of the beautiful city is a rather unusual combination of different architectural styles, where interwoven quaint oriental motifs and truly Russian architecture.
Cuisine of Astrakhan for gourmet with top restaurants and cafe
Astrakhan is a city with ancient culinary traditions, in which European conservatism and eastern generosity are combined. Here for centuries Russians and Tatars lived, as well as many other …

Open
The foundation of urban architecture was laid by the most famous Italian architect Alexander Digby, who successfully worked in Astrakhan for almost 20 years. It was he who introduced the features of late classicism into the appearance of the city and the exotic character of southern color. In the city there is a remarkable "Astrakhan museum of local lore", one of the largest in the region, possessing chic archaeological collections.
Picture gallery named after Paul Dogadin is not without reason considered the best in the Volga region. It has two branches - the "House Museum of Boris Kustodiev" keeps original samples of painting and the "House Museum of the famous poet Velimir Khlebnikov" represents an interesting collection dedicated to his work. Copyright www.orangesmile.com
Guide to Astrakhan sightseeing - things to see and to visit
Astrakhan is one of the oldest cities in Russia, located in the delta of the Great Russian River Volga. Now it is an important administrative center and commercial port, which is often …

Open
The heart of Astrakhan is the ancient "Belyiy gorod", from which it was built many centuries ago. The ancient Russian cities were built on the same pattern - a military fortress, and behind the fortress - "a residential posad". When the city began to develop, a powerful stone wall also encircled its residential part, in analogy with Moscow. From old Kremlin began the largest central street, before it was called – "Bolshaya", and now it is called "Sovetskoy". It is this street and a large trading area that has been the basis of the city's planning for many years. 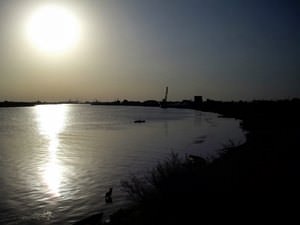 All city streets originally started at "Torgovaya Square" and went either to the fortress or to the south. Belyiy gorod, together with its narrow streets, merchants' houses, drawing yards and the Admiralty, has been preserved almost completely. Walking along it is a separate aesthetic pleasure. A significant part of the city's attractions are the ancient churches and cathedrals. It is worth noting that Astrakhan is characterized by an unusual religious tolerance; conflicts on the basis of religious teachings have never arisen here.

This guide to cultural sights Astrakhan is protected by the copyright law. You can re-publish this content with mandatory attribution: direct and active hyperlink to www.orangesmile.com.
Astrakhan - guide chapters 1 2 3
Car rental on OrangeSmile.com

Photogallery of cultural heritage of Astrakhan

Excursions over cultural sights of neighbours of Astrakhan

Volgograd
On Mamayev Kurgan there is a hall of Military glory, one of the most impressive monuments dedicated to the Great Patriotic War. Panorama Museum the Battle of Stalingrad also deserves priority attention. It is noteworthy that its opening was held in 1937, and it was originally called the Tsaritsyn Museum of Defense. After the war, the surviving exhibits of the museum were ... Open »
Yessentuki
For connoisseurs of ancient architecture, it is worth seeing the Upper mineral baths. This complex is made in a rather rare style - the Russian Empire. The mud houses that were opened at the resort in the beginning of the 20th century, in appearance look like luxurious palaces, rather than the classic sanatoriums and boarding houses. The focus of beautiful architectural ... Open »
Baku
The Palace of the Shirvanshahs is one more important architectural landmark of Baku. The gorgeous complex is located on a high hill. The first palace appeared on that site yet at the beginning of the 15th century. Murad's Gate is considered the latest building of the complex. The building of the gate ended in 1585. During an excursion in the gorgeous palace complex, tourists ... Open »
Batumi
An equally pleasant place for walking is the "square of Europe", which is decorated with singing fountains and an imposing statue of "Medea with the Golden Fleece". It is on these lands, according to legend, Jason extracted the Golden Fleece. Batumi is famous for it and its surprisingly beautiful architectural sights. The brightest example of Arab architecture with a ... Open »
Yerevan
In the center of Yerevan, tourists will find Republic Square that is surrounded by gorgeous buildings constructed in the previous century. Nowadays, these buildings are mostly occupied by governmental offices. The square looks particularly fabulous in the evening when an attractive illumination system lights up the area. Not far from the square, there is a picturesque ... Open »
Donetsk
Start your acquaintance with the landmarks of the city with a stroll in the Forged Figures Park that is located not far from the city council building. It is a beautiful and large park with numerous interesting and attractive monuments and sculptures that were created by best artisans of Donbas. The park has become a regular venue for the annual smithcraft festival. The ... Open »

Culture guide to Astrakhan. Which fascinating sights to visit once you are in Astrakhan: temples, churches, museums, theaters and castles. Recommendations (with addresses, phone numbers and links) on the places 'must visit' in Astrakhan. Plan your own city excursion by using this page info!