Cuisine of Astrakhan for gourmets. Places for dinner - best restaurants 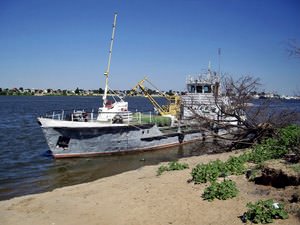 Astrakhan is a city with ancient culinary traditions, in which European conservatism and eastern generosity are combined. Here for centuries Russians and Tatars lived, as well as many other oriental nationalities, and therefore now in the Astrakhan cuisine such Oriental dishes as shish kebab and lulya-kebab prevail. However, in which Russian city are these exact common dishes not offered? In fact, Astrakhan cuisine has absorbed many features of purely Russian cooking. Here, fish dishes are common, because fishing has always played an important role in the city's economy. Smoked, salted and dried fish from Astrakhan can be found in the markets of various Russian cities; it is very popular and has unique taste qualities.
Excursion over cultural sights of Astrakhan - 'must visit' points of interest
An ancient city with a well-developed tourist infrastructure will amaze its guests with a variety of historical and architectural monuments. One of the main historical symbols of Astrakhan …

Open
In order to appreciate all the advantages of Astrakhan cuisine, you should definitely try a sazan, where the head of sazanya is served separately. A very rare dish, which is considered a real local delicacy, is smoked sterlet, liked by lovers of exotic and noodles from sturgeon. Pike and sazan caviar can be attributed to the category of delicacies, and, this delicacy is quite affordable.
Of the simpler dishes, it is worth trying the sprat fried in flour, stuffed pepper, vegetable stew, which includes potatoes, carrots, peppers, tomatoes and condiments. A typical Russian dish - aubergines with garlic, mayonnaise and tomato is distributed in local restaurants. If all the above dishes can be safely attributed to the Russian cuisine, then oriental dainty can be considered a dolma with lamb and mutton stew, this type of meat in Astrakhan has long been considered the most popular. Copyright www.orangesmile.com
Guide to Astrakhan sightseeing - things to see and to visit
Astrakhan is one of the oldest cities in Russia, located in the delta of the Great Russian River Volga. Now it is an important administrative center and commercial port, which is often …

Open
If we talk about drinks, it is worth mentioning the magnificent Astrakhan beer, served almost in all city cafes and restaurants. An important gastronomic feature of Astrakhan is attractive bars and pubs. The bar "Bochka" offers many types of beer with light snacks. Here you can, not only talk, but also play backgammon or other games, sing karaoke. In the pub every evening, companies of friends gather to drink a mug of their favorite beer and chat. Pub "Academiya Piva" is striking for its location in a beautiful historical building, near the white-stone fortress. It is very cozy here and they offer to appreciate interesting dishes of author’s cuisine, which is great for a variety of beer.

This guide to cuisine and restauraunt in Astrakhan is protected by the copyright law. You can re-publish this content with mandatory attribution: direct and active hyperlink to www.orangesmile.com.
Astrakhan - guide chapters 1 2 3

City tours, excursions and tickets in Astrakhan and surroundings

Searching where to eat - restaurants and cafe on Astrakhan map

Cuisine and restaurants in the neighbours of Astrakhan

Volgograd
Nearby is located the charming restaurant "Czech Courtyard". Despite the sonorous name, it specializes in cooking Russian cuisine, and in addition to them, visitors are offered to order excellent Czech beer. The cozy and affordable restaurant is one of the most visited gastronomic institutions of the city. Among the restaurants of Japanese cuisine common in Volgograd, ... Open »
Baku
Fans of more traditional dining will be pleased with their visit to Mugam Club. This restaurant is open in a historic two-storey building of caravanserai. The incredibly photogenic restaurant serves finest Azerbaijani food that is, however, quite pricey. Mugam Club is a great place for a romantic dinner. Şirvanşah Muzey-Restoran is one more historical restaurant in Baku ... Open »
Adler
Local restaurants took care of the smallest visitors; they are offered porridges, cheese cakes, soups and pancakes. In the cafeterias, mashed potatoes are often offered for lunch, and in supermarkets and shops you can buy curd cheese, biscuits and juices. All establishments are designed for many of visitors and, as a rule, are located near the city beaches. Attractive ... Open »
Batumi
Georgian cuisines are very authentic and original, in Batumi it is represented in full variety. A common misconception is that the basis of the Georgian cuisine is meat. In fact, this is not so, the basis of national cookery is cereals and dairy products. Local people prepare a lot of excellent everyday dishes from greens and vegetables, which are abundantly flavored with ... Open »
Yerevan
Frequent use of herbs and spices is one more distinctive feature of the national cuisine. Local chefs use more than three hundred different spices in order to cook their masterpieces. Each spice has its distinctive features and peculiarities. Before serving the main dish, guests will be surely offered fresh vegetables and original appetizers that will make them even hungrier ... Open »
Donetsk
For a family visit, Family Club is, perhaps, the most suitable. This restaurant complex is located in Central Scherbakov Park of Culture and Leisure, and it offers a range of popular national dishes that are available at very attractive prices. Family Club’s visitors are welcome to relax in a beautiful hall or choose to stay outdoors and enjoy the fresh air on a spacious ... Open »

Travel notes on best cuisine and restaurants of Astrakhan (Russia) on OrangeSmile.com. Famous recipes and traditional dishes and courses in Astrakhan restaurants. Where to eat - our recommendations on popular places in Astrakhan, where you can taste delicious meal and also spend a good time with your friends.