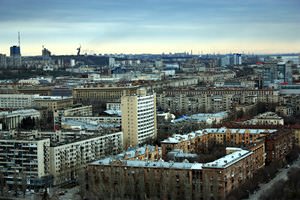 Volgograd has a lot of amazing features that distinguish it from other modern cities. It is an ancient city with a centuries-old history, which in the middle of the 20th century was literally wiped off the face of the earth and in a few years gained a new and unique look. Its modern architectural style surprisingly harmonizes with centuries-old traditions, one of the most vivid manifestations of which are the annual honey fairs.
Advices to travellers: what you should know while being in Volgograd
1. For tourists who expect to visit Volgograd in the summer, it is best to refuse trips in the first half of June. Traditionally during this period there is a peak of activity of mosquitoes …

Open
Twice a year, in spring and autumn, small markets open on city streets, where customers are offered to purchase a wide variety of honey. This delicacy has been one of the most popular since ancient times. Honey, which is harvested in apiaries near Volgograd, is considered to be the best in the region and among city guests it remains one of the most popular souvenirs.
Travelers who visit the city in the period from August to October will notice another interesting feature - a huge number of so-called "watermelon" markets. In August, the collection of watermelons begin, the real leader in the cultivation of which is the Volgograd region. At this time, colorful trucks with watermelons can be seen literally on every street, the aroma and sweetness of huge berries is in no way inferior to Volgograd’s honey. Copyright www.orangesmile.com
Guide to Volgograd sightseeing - things to see and to visit
Volgograd is one of the most important historical centers of the country, because it was here that one of the most important turning points of the Great Patriotic War - the Battle of …

Open
The city will definitely impress travelers who like to walk on foot, as its record length is also among the important distinctive features. The longest street on the planet is in Volgograd - the second longitudinal, its length is more than 50 kilometers. It is worth noting that it is called "street" conditionally, it is a large-scale highway, on both sides of which there are more than 15 city streets. 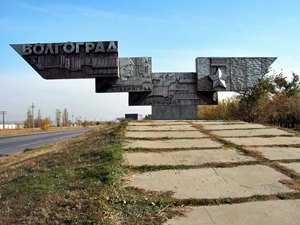 The modern city with centuries-old traditions will certainly surprise visitors with its unique charm. Colorful "honey" fairs and mountains of striped watermelons on the background of buildings of Stalin's building, performances of folklore groups during national holidays and ultramodern youth festivals are the main distinctive features of the cultural life of the city. Fans of event tourism should visit Volgograd on the first weekend of September, when the city celebrates its birthday. Traditionally, on this day on the central embankment there are concerts in the open air, and the holiday ends with a grandiose fireworks display.

This guide to traditions and festivals in Volgograd is protected by the copyright law. You can re-publish this content with mandatory attribution: direct and active hyperlink to www.orangesmile.com.
Volgograd - guide chapters 1 2 3 4 5 6

City tours, excursions and tickets in Volgograd and surroundings

Colors of Volgograd in photos

Traditions and festivals in cities around Volgograd

Donetsk
It is important to mention the multinationality of the city. This fact has found reflection in the local culture and cuisine. For example, such Ukrainian cuisine dishes as borsch, varenyky, salo (in any form – roasted, boiled, salted, smoked, stewed, and even raw), halusky, and syrniki are particularly popular in the region. When mixed with Russian cuisine, local culinary ... Open »
Yessentuki
Nowadays, a significant part of the old traditions are sacredly observed, but on a smaller scale. They underwent significant changes, but still remain incredibly interesting and original. Travelers who will have the honor to attend any family or national celebrations in Yessentuki should never miss this opportunity - it's the best way to get acquainted with the traditions of ... Open »
Kharkov
The integral part of the Christmas holidays in Kharkov is represented by colorful fairs. At 24th of December of each year Freedom Square hosts a large international fair, where residents of foreign countries represent their products. Fairs are held in full compliance with national traditions; instead of usual stalls vacationers can see colorful dolly-shops. Residents of sister ... Open »
Adler
In the market there is one of the most popular shops of the resort - "Cuban Wines", here you can buy the best varieties of local wines, as well as interesting tinctures and high-quality cognac. For travelers who want to take a walk in the colorful local market, it is necessary to take into account several important features. Passing along the rows, calls of local traders to ... Open »
Anapa
Another important feature of Anapa is the local cuisine. In popular cafes, visitors are offered dishes of Caucasian and Tatar cuisine prepared according to classical recipes. Without any doubt, we can say that more than half of the gastronomic establishments consider pilaf or shish kebab their own signature treats. Also, a pleasant surprise awaits those who prefer fish ... Open »
Dnepropetrovsk
The most important for each family is a house in which order is always maintained and an overwhelming atmosphere of comfort prevails. Before building a house it is customary to perform a lot of complex rituals, then life in it will be happy and easy. Despite the fact that modern residents of Dnipropetrovsk live, in the main, apartments, all the traditions preserved from the ... Open »

Cityguide on traditions, mentality and lifestyle of people in Volgograd. Learn the best periods to visit Volgograd to discover its soul - authentic festivals, events and celebrations. We will also reveal the interesting habits, attitude towards the world and to tourists in Volgograd.