Sightseeing in Beijing - what to see. Complete travel guide 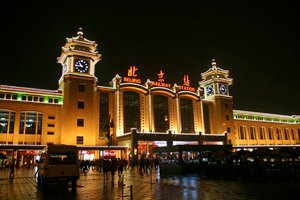 Beijing is the second largest city of China. However, if Shanghai, which occupies the first place, is an economical and entertainment centre of the country, Beijing is its cultural and political capital. The city is growing and changing at a fantastic speed. Sometimes the whole districts change their look at once; when Beijing got the status of the capital of Olympic Games, this process became even quicker. The combination of such a dynamic development and a three-thousand year history makes this city so attractive and truly unique.
Advices to travellers: what you should know while being in Beijing
1. It is not common to leave a tip to service personnel in Beijing hotels. If you definitely want to please a maid, a pair of Yuan would be enough. 2. Bargaining is natural on the local …

Open
The Great Wall of China. The Great Wall of China is one of the symbols of the People's Republic of China and, of course, an impression of this country would be incomplete without visiting this famous sight. The closest section of the wall is located approximately 70 kilometres away from the northern part of Beijing. It is considered one of the most popular tourist attractions. Nowadays, the wall has been totally restored and has been supplied with such facilities, as restaurants and hotels.
The Forbidden City. The Forbidden City is the symbol of Beijing and the incarnation of the emperor’s epoch. It was built during the reign of Min dynasty, and during 500 years it served as the emperor’s residence. Ordinary Chinese citizens were not allowed to enter the Forbidden City. However, two times during its history the Forbidden City has become the victim of marauding and damage. The first occasion took place in 1664 during the attack of the Manchurians, and the second attempt happened in 1949, when the Kuomintang Party took the treasures of the Forbidden City to Taiwan. Copyright www.orangesmile.com
Extraordinary weekend in Beijing - unusual places, services and attractions for travel gourmet
While in Beijing, don’t limit yourself to visiting cult landmarks and shopping as there are many ways of having an unusual holiday in this wonderful city. For example, you can attend a …

Open
The Mausoleum of Mao Zedong is the place where the remains of Mao are kept. In some way the building is the incarnation of the cult of Mao, which is still dominating in China. Nobody knows for sure, whether a wax figure or real relics of this great person are kept in the mausoleum. In order to get inside the mausoleum, especially on holidays, one has to stand a long queue. 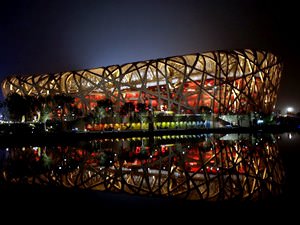 Tiananmen Square was built in 1652. During the reign of Mao the square was often used to host various performances. However, the square became really famous in Europe after the student unrest of 1989, which was cruelly settled by the government. Tiananmen Square is located in the centre of Beijing. If you cross the street in the direction of the Forbidden City, you will see the gates of the square. This is where visitors will find the marvellous image of Manchuria. Unfortunately, just a little has been left from the Old Summer Palace, that used to be one of the most fabulous and attractive buildings of China. It was almost completely ruined by French and British army during the Second Opium War in 1860. The palace was built in 12th century as a part of an enormously large park territory on the north-west of Beijing.
Unusual weekend in Beijing: accommodation in extraordinary hotels
The Emperor Hotel is located in the building of the former club of Tsinghua University. Having left the façade of the building nearly untouched, designers decided to work thoroughly with …

Open
The Summer Palace used to be the favourite place of Empress Ci Xi. She spent hours there, thinking about the future of the country, or simply having rest. It would be a mistake to think that the real beauty of the palace can be seen in summer only. In winter the palace still attracts many people, who enjoy the harmony of its gardens, beautiful lake landscapes, hills and pavilions. 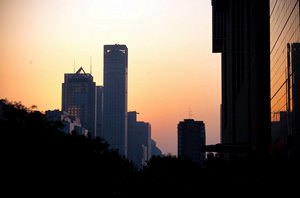 The park near the palace is 294 hectares large. An interesting fact - almost three quarters of its territory is covered with water. It is situated on the north-west of Beijing near the West Mountains, approximately 15 kilometres away from the city centre. Since 1998 that place has been included in the UNESCO World Heritage Sites list.
Beijing design-hotels for stylish travellers
Absolutely amazing exclusive Eclat Hotel was open not that long ago in Beijing. Located in the Parkview Green complex, in a tower made of glass and steel, this masterpiece of designer …

Open
In addition to the sights that have been mentioned above, Beijing is full of other attractions that will be of a great interest to travellers. These are Beihai Park, the Thirteen Ming Tombs, Marco Polo's Bridge and many other sightseeing objects. 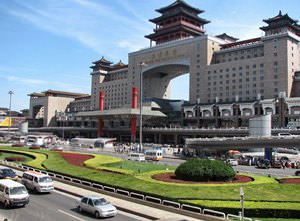 The best time visiting Beijing. Winter is the coldest time in Beijing, in summer it's quite hot and dry there, in spring sandstorms are frequent in the city, so autumn remains the most suitable season for making a trip to Beijing.

Survived castles around Beijing
♥   Castle 'Juyongguan Castle' , 49.1 km from the center. On the map

Art galleries in Beijing and around
♥   Art museum 'Palace Museum' Beijing, 0.8 km from the center. On the map

♥   Art museum 'National Art Museum of China' Beijing, 1.7 km from the center. On the map

♥   Art museum 'Beijing Art Museum' Beijing, 6 km from the center. On the map

Sights around Beijing from our guide 'Extreme places on Earth' 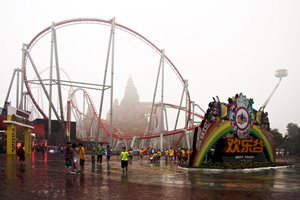 Distance from Beijing center - 10.6 km.
The pleasant surprise awaits the Kinofreunde. In the park there is the 4D cinema, which was the first institution of this kind in Asia. The Aquapark 'The Maya Water Park' was awarded the prestigious awards and was officially recognized as the best aquapark in Asia. The most popular amusement park in Asia is a very pleasant atmosphere. Its territory is adorned with the wonderful lush plantings and landscape zones. Many constructions in the park are made of wood and stone, which makes the design more harmonious and natural. … Read further 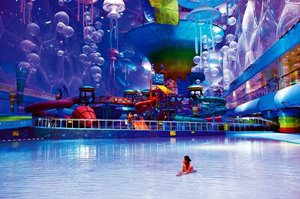 Distance from Beijing center - 8.1 km.
The choice of entertainment options in the water park is more than decent. There are slides and huge swimming pools, as well as extreme rides designed for thrill-seekers. Beijing National Aquatics Center is the greenest water park in the world. The entire surface of the building is covered with solar panels. This energy is used to heat the water in swimming pools. By nightfall, the building shines with a spectacular illumination. … Read further 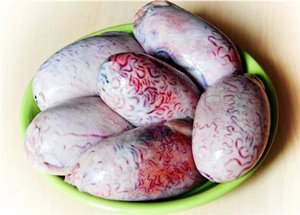 Distance from Beijing center - 4.6 km.
Such meat is considered the most clean, the protein content in it is very high. The affordable, nutritious, and tasty dish didn’t gained such popularity throughout the world by chance. If earlier it was considered to be a cheap food for farmers, now a delicacy is in demand among wealthy people. In China, you can buy bull eggs both in a conventional supermarket and at a market where butchers are often cutting this savory product. … Read further

Search touristic sites on the map of Beijing

Sightseeing in regions nearby Beijing

Pyongyang
Are you a fan of art? There is an art gallery on the square named after President Kim Il-sung. The gallery was established in 1954. The venue is eleven thousand square meters large and consists of twenty-two halls, each of which is dedicated to a different theme. Besides them, there is a small pavilion that exhibits paintings by the most prominent artists of North Korea. ... Open »
Nanjing
How about looking at the symbol of Nanjing? For this purpose, visit the Zhonghua Gate or simply the Gate of China. This gate was built during the reign of the Ming dynasty. The construction is a defensive complex that includes the gate and high walls that surrounded the former capital of the Republic of China and protected it from enemy attacks. The construction is made of ... Open »
Incheon
The altar itself is made of bricks that form a five-meter-long stone platform. The foundation of this platform is round-shaped, and the top of the altar is a stone rectangle. Much time has passed since the last sacrifice was made on this altar, but Koreans still consider the altar a sacred place and think of it as an important landmark. Numerous events such as national and ... Open »
Seoul
A stroll on the scenic market of Hvanhak-dong is a great way to get acquainted with the unique atmosphere of the city and dynamic life of its people. This flea market is the largest in the city - there are more than 500 stalls that sell all kinds of goods. Many tourists visit that place to find priceless antique treasures and rare works of art, and others look for the unique ... Open »
Suzhou
One of the main distinctive features of the present-day city is the abundance of beautiful gardens and parks. Its active landscaping and planting began several hundred years ago, during the reign of the Ming dynasty. City officials erected their luxurious estates among beautiful gardens, many buildings have survived to our days. The main symbol of the city has always been the ... Open »
Harbin
The Harbin Siberian Tiger Park is another interesting place to visit. Initially, this park was established to preserve the endangered species of animals such as the Amur tiger or the Siberian tiger. However, ten years after the opening of the park, the city’s authorities decided to turn this national reserve into a real tourist attraction. Now residents and guests of Harbin ... Open »

All about Beijing, China - sightseeings, attractions, touristic spots, architecture, history, culture and cuisine. Prepare your trip together with OrangeSmile.com - find out the 'must see' things in Beijing, which places to visit, which excursions to take, where the breathtaking views are waiting for you. Planning your trip with this travel guide will help your to get the most out of Beijing in few days.